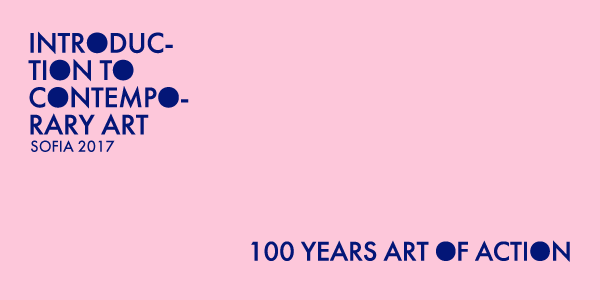 The autumn series of lectures of the longest-running professionally led and free educational platform about art in Bulgaria, Introduction to Contemporary Art, will address a little-discussed and increasingly up-to-date theme – performance art. In the course of four enthralling lectures in November and December, moderated by Vera Mlechevska and united under the theme “100 Years Art of Action. Live Art between the Staged and the Real”, we will hear first-person talks from four experts with years оf experience and versatile contact with the art of performance. The guest lecturers Annie Vaseva (director), Snezhanka Mihaylova (philosopher and lecturer), Albena Mihaylova (one of the first performance artists in Bulgaria) and Isabela Maidment (curator at Tate Modern) will shed light not only on the history and development of performance, but will also discuss its place outside the stage, within contemporary art, as well as what provokes them to experiment with the form, and how and why this kind of art can be collected.

Isabella Maidment’s visit is specially by invitation from Open Arts Foundation and is the first curatorial visit with a public lecture by a member of Tate Modern in Bulgaria.

11.11 (Saturday) 5 pm- Lecture by Ani Vaseva. The Paradox of Performance

18.11 (Saturday) 5 pm – Lecture by Snezhanka Mihaylova . Inner scene. Notes on the relationship between performance and book

2.12 (Saturday) 2 pm – Lecture by Isabella Maidment. Going Live: Presenting and Collecting Performance at Tate Modern (The lecture will be in English)

The art of performance dates back in time to the performances of the Dadaists and the futurists of the early 20th century. Even in these earliest forms of performance, artists challenged the moral aesthetic boundaries of the audience. Contrary to traditional means of art such as sculpture and painting, performance artists create works of art through live action and their presence in front of an audience.

Performance art’s thriving period of the 1960s and 70s coincided historically with the direction of conceptual art’s development and the process of dematerialisation of artwork, as well as with political activism and the rise of feminism. Performance artists use the body as a tool, and along with that they comment on the political and social dimensions of the body. Over the next decade, technology entered the art world and has since often been integrated as an indivisible instrument of performance act.

Today, performative practices are increasingly diverse and gradually bring to the art scene actions borrowed from other forms of art, religious rituals, dance and various spheres of human activity such as labor and sport. Artists do not conform to genre boundaries and freely mix any and all elements drawn from their experience and imagination.

Much of visual art today has a performative element, even if as a form it is actually a movie, installation or something else. Performance is primarily an action or a gesture shared with the audience.

In the following program of lectures, we will try to shed light on some critical moments from the long history of performance and its public visibility-issues which are less commented upon, but are becoming more and more relevant in the present day.

Isabella Maidment – curator at Tate Modern – will talk about the acquisitions in performance art of Tate’s collection. The collection of performance has its own specificity, due to its ephemeral nature which cannot be stored apart from through documents, props or other fragments of the live performance. The revival of historical performance for an audience and the way in which it can be exposed to the context of the present is a complex aesthetic and ethical issue that will be discussed in her presentation.

Ani Vaseva will comment on the theoretical discourse, which inevitably accompanies philosophical and aesthetic interpretations of performance. She will pay attention to various readings on the nature of performance between the theatrical tradition and the unfolding of performance within representational models of visual art.

Snezhanka Mihaylova will talk about two seemingly incompatible works, books and performance. She will share her personal experience based on philosophy, text as materiality and visibility in books, and the performative moment that is embedded in books and summoned through them.

We will go back in time with Albena Mihaylova – one of the first Bulgarian artists to gain first-hand knowledge of performance through experiencing it, and who has applied performative practices, alongside other media, as early as the 1980s and 90s. The historicization of performance in Bulgaria could not have taken place adequately without the glowing presence of women like Albena Mihaylova. Also known as the co-founder of the “RUB” artistic group, the artist has had an active influence on the early development of unconventional forms through her presence and artistic activity. She will present her own practice, influences and interests from the late 1980s and early 90s, intertwined with performative practices. 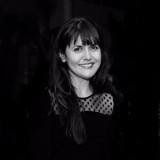 Isabella Maidment is Assistant Curator, Performance at Tate Modern, London. She co-curates the Tate Live programme which foregrounds the pivotal role of live experimentation historically, and among contemporary artists working today. A specialist in post-war performance, she holds a Masters in History of Art and Visual Culture from Oxford University and a PhD in History of Art from University College London. Since joining Tate in 2014 she has worked across performance commissions, exhibitions, acquisitions, and displays with artists including Tarek Atoui; Jerome Bel, Tania Bruguera; Anne Teresa De Keersmaeker; Geumyhung Jeong; Alexandra Pirici and Manuel Pelmuş, and Tino Sehgal. She is currently preparing the second Tate Live Exhibition: Ten Days Six Nights focused Joan Jonas, alongside the 2018 Turbine Hall Commission. 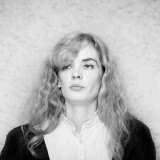 Among her visual projects are “Still here. At the Meteorite Archipelago” (together with Georgi Sharov, Night of Plovdiv Museums, 2015), “Gorgons in the Depot or Apocalypse Now “(co-curated with Monika Vakarelova and Boryana Rossa, part of the project “The Other Eye” curated by Maria Vassileva, Sofia City Art Gallery, 2013), Power Fridge Points (together with Natalia Todorova and Ivana Nencheva, Tanzquartier Wien, 2011), “The War of the Little Girls” (together with Ivan Donchev and Boyan Manchev, Vaska Emanouilova Gallery, 2010), etc. Since 2017 she is leading an acting class, together with Leonid Yovchev, at Theater College “Luben Groys”, where she also teaches Theater history and theory, and she is guest lecturer at New Bulgarian University. 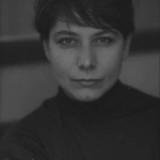 Snezhanka Mihaylova was born in Sofia, she graduated in Philosophy of Language and Hermeneutics at Florence University in Italy, DasArts in Amsterdam and specialized in the Jan van Eyck Accademie in Maastricht. Her work is at the intersection of philosophy and performance, thought and theatre. In 2011 her first book Theatre of Thought was published by “Critics and Humanism” in Sofia. The book is presented as a series of performances at various forums in the Netherlands, France, Italy, Switzerland and Finland. In 2012 she published the book Practical Training in Thinking and held a seminar in dialogue with Slovenian philosopher Mladen Dolar at the Beyond Imagination exhibition in Stedelijk Museum, Amsterdam. In 2013 she commenced a study on the role of voice in apocryphal early-Christian literature, in the frame of the two-year Inner Stage project, which was supported and presented by If I Can not Dance I Do not Want to Be Part of Your Revolution. In 2015 she published Acoustic Thought and presented the performance A Song with Swedish composer Lisa Holmqvist. One year later she took part in Hotel Theory, Redcat Gallery in Los Angeles. Through the years she taught at the University of Lausanne (Switzerland), the Dutch Art Institute (the Netherlands), the Royal Academy of Art (the Netherlands), and currently teaches at Master of Voice, an experimental two-year program at the Sandberg Institute in the Netherlands. 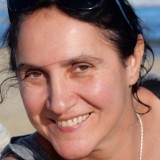 Albena Mihaylova-Benji was born on 9 June 1959 in Plovdiv. In 1978 she graduated from the Art High School in Kazanlak. She graduated from the National Academy of Arts, Sofia, in 1984 in Professor Galiley Simeonov‘s Graphics class. In the years 1984-1994 Albena Mihaylova-Benji was an active freelance artist with a number of solo exhibitions, participations in international biennials and a winner of awards. At the center of her creative interest is the recreation of the interrelation between the two-dimensional image and its spatial equivalent. As a result of these quests, unique installations and performances are born. In 1989 she was one of the founders of the legendary Plovdiv art group “RUB”. During that time, the artist inspired and lead the organization of one of the first private galleries in Bulgaria – the Akrabov Gallery, which functioned as a resident center for contemporary art. Within this center, she created an art school and taught art in a method developed by herself. At the same time she was Associate Professor of Drawing and Perspective at the School of Performing Arts in Plovdiv. In 1994, Albena Mihaylova-Benji left for Zurich at the invitation of BINZ 39 Foundation as a resident artist. As a result of this exchange, she has promoted the gallery under the International Resartist Program and organized the exchange of artists, projects and festivals between Bulgaria and Switzerland. In the period 1995-1998 Albena Mihaylova-Benji specialized in a Master class in Video Art at the Higher Art School of Basel, Switzerland. In 2008, Albena Mihaylova-Benji was nominated for the M-Tel Award for Bulgarian Contemporary Art. Since 2008 Albena Mihaylova-Bendji works as a documentary filmmaker and is a screenwriter, director and cinematographer. In 2009, she found a platform for cultural exchange, exhibitions and film festivals at Basel Culturinstitut AM contemporary. Currently the artist works and lives in Basel. Her creative biography includes her membership in the artistic group “VIA Audio Video Art”, her work in the governance of the creative union “VISARTE BASEL” and she leads workshops for Artlink Bern and Solothurn Higher Pedagogical School. She is a member of “Balimage”, an association of filmmakers and video artists, and the “Art Book Forum Basel”.