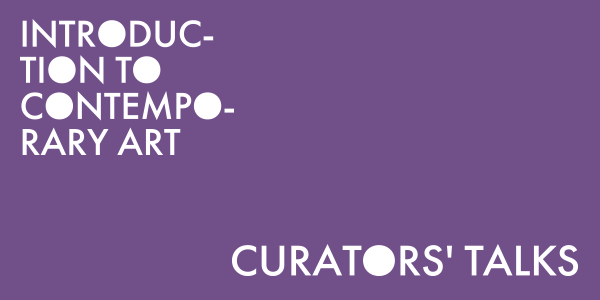 AN INTRODUCTION TO CONTEMPORARY ART 2015, Sofia

The fifth edition of the educational platform ‘Introduction to Contemporary Art’ in Sofia will take place between 13 November and  2 December 2015 at the Cultural Centre of Sofia University ‘St. Kliment Ohridski’ and the National Academy of Art. This year’s edition ‘Curators’ Talks’ is dedicated to the figure of curators – their role in contemporary art, the different dimensions of curatorship and the intersections with other fields such as art criticism, collecting and managing of institutions and independent spaces. For the first time ‘Introduction to Contemporary Art’ will feature international guest lectutures who will present their curatorial practice in the international context.

All lectures are free.

Registration in advance with an email to assistant@sariev-gallery.com is preferable.

‘Introduction to Contemporary art 2015 – Curators’ Talks’ is kindly supported by the Municipality of Plovdiv, the Municipal Foundation Plovdiv 2019, the Cultural Centre of Sofia University ‘St. Kliment Ohridski’, the Goethe-Institute Bulgaria, the Czech Center Sofia and the National Academy of Art. 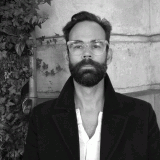 CHRIS SHARP is a writer and independent curator based in Mexico City, where he and the Mexican artist Martin Soto Climent run the project space Lulu. A selection of recent exhibitions includes The Lulennial: A Slight Gestuary at Lulu, Mexico City, co-curated with Fabiola Iza (2015); The Registry of Promise at La Fondazione Giuliani, Rome, 2014, Le Parc St. Léger, Pougues-les-Eaux, France, 2014, Le Crédac, Ivry, France, 2014, and De Vleeshal, Middelburg, Holland, 2015; The 12th Swiss Sculpture Exhibition in Biel/Bienne, Switzerland, entitled Le Mouvement, co-curated with Gianni Jetzer, 2014; and Manners of Matter, Salzburger Kunstverein, Salzburg, 2014. He is a contributing editor of Art Review, a contributing editor of Art-Agenda, and his writing has appeared in many magazines, on-line publications and catalogs. 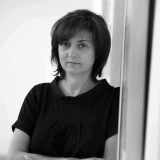 MARIA VASSILEVA is an art historian, art critic and curator. She is chief curator at the Sofia City Art Gallery where she founded the collection for contemporary art and photography. Her interests at the moment are the transformation of museum institutions and the re-thinking of Bulgarian art history. She has initiated several programs and awards for young artists.

RENÉ BLOCK is a curator, collector and gallerist from Berlin. He has worked with world famous artists such as Sigmar Polke, Joseph Beuys, Gerhard Richter and Nam June Pike. He is closely connected with the investigation and spreading of the Fluxus movement and has one of the most significant collections of Fluxus artworks. He was the director of the museum Fridericianum in Kassel, Germany. He curated the 4th Istanbul biennale (1995). He is the founder of the TANAS art space in Berlin as well as of Edition Block which was founed in 1966 and is one of the oldest such projects for publishing contemporary art works in limited editions. 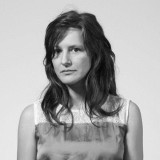 EDITH JEŘÀBKOVÀ is a curator and critic living in Prague, Czech Republic. She graduated at the Philosophical Faculty of Palacky University in Olomouc. From 2006 to 2009 she was a curator of the collection and assistant director of the Museum of Modern Art Klatovy / Klenova. From 2010 to 2012 she worked at the Academic Research Centre of the Academy of Fine Arts in Prague and in the Fotograf Gallery in Prague (from 2011 as the main curator). Since 2011 she has been working at the Academy of Arts, Architecture and Design in Prague as head of the Sculpture Studio (with Dominik Lang). Since 2012 she is a founding member of the Are curatorial and production project. 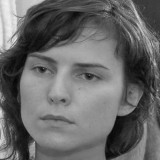 ZUZANA BLOCHOVÁ is one of the curators producing projects within Are and a member of the Rafani art group. She was a co-founding director of the SVIT Gallery in Prague. Prior to that she worked as a curator of the MeetFactory’s gallery and the residency program and the Experimental Venue NoD, both non-profit art organizations located in Prague.

The program includes open lectures and artist talks that until 2014 were held in Sofia, in venues such as SKLADA /+/, the Sofia City Art Gallery and the Vivacom Art Hall. In 2015, a lecture series was organized for the first time in Plovdiv.