Everything you ever wanted to know about women 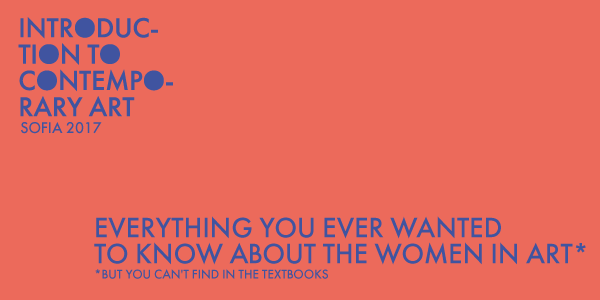 In 2017 you will have the occasion to visit “Introduction to contemporary art” not once but twice – in the summer and autumn. The lectures held in Sofia will begin in the end of May and continue till July, we will see you again in November. The summer round of lectures, named First-person Talks, will combine two main themes:Everything you have ever wanted to know about women in art* *but you can’t find in the textbooks will reflect on women in art, their part and influence; together with Irina Genova, Maria Vasileva, Miglena Nikolchina and Rada Bukova. Potemkin Villages, home and abroad. Conversation French contemporary artists from The Ricard Foundation Award and curators will introduce the French contemporary art through the conversation with some of the most intriguing French artists – Bruno Serralongue, Mathieu K. Abonnenc, Stéphane Barbier-Bouvet and Marie Voignier, and curators Svetlana Kuyumdzhieva, art director of Plovdiv 2019, and Pierre Bal-Blanc, curator from the team of documenta 2017 Athens-Kassel. Special treat will be the lecture by Railand Schumacher, curator of the collection of Deutche Telekom, part of Collector’s Forum. In the autumn we will learn more about the performance art, the international and Bulgarian guests will discuss what provokes the artists to experiment with the form.

Location: “Academy” Gallery, National Academy of Art
“Shipka” 1 street, Sofia
The lecture will be in Bulgarian
Admission Free
Register for attendance at the lectures HERE

With the topic Introduction to Contemporary Art doesn’t aim to assert, declare and alert. It aims to open the debate on the topic about women in art, to check yet again, if it is a current problem. If so, how this reflects on the work of the Bulgarian female artists? And if not, then maybe the “female” topic is old-fashioned. Even if it is, we cannot just bury a fundamental topic like this one, not until we realize and rethink how we’ve got here.

The lecturers this year are very different, when it comes to the way they approach feminist topics. The art historian Irina Genova will set the question about women and their presence and interaction with the art institutions. The curator Maria Vassileva, on the other hand, will introduce the emblematic group “8th of March” and its significant presence in the Bulgarian contemporary art. Along with the presentation by Maria Vassileva, there will be a conversation with members of the group. With her lecture, Miglena Nikolchina, does a historical survey, going back to 20th century and using as a starting point the psychoanalytical approach of Julia Kristeva. The lectures cycle will end with a conversation with the artist Rada Boukova, she will be talking about how the feminine finds an expression in art, even when it is not politicalized and manifested as feminist. 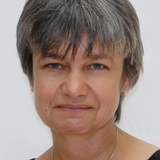 Irina Genova is a professor in art studies at the New Bulgarian University, Sofia, and at the Institute of Art Studies of the Bulgarian Academy of Sciences. Her publications discuss manifestations of modernisms in Bulgaria and in neighbouring countries, as well as contemporary artistic practices. Among her books are: Modernisms and Modernity – (Im)Possibility for Historicising (2004) and Modern Art in Bulgaria: First Histories and Present Narratives beyond the Paradigm of Modernity (2013). She held scholar grants of Paul Getty Foundation (1994, 1998), New Europe College, Bucharest (2004), National Institute of Art History in Paris (2005), Centre for Advanced Study, Sofia (2016-2017), and others. 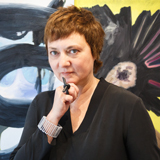 Maria Vassileva (born in 1961 in Sofia, where she lives) graduated art history in the National Academy of Art Sofia (1984). Doctor of Science (2007). Curator, art historian and art critic. Specialized in the Museum of Modern Art in New York (1998), in the University in Rochester, USA (1999), in the Central European University in Budapest (2002), in the International Studio and Curatorial Program (ISCP), New York (2002) etc. One of the co-founders of the Institute of Contemporary Art – Sofia. Curator of the group “8th of March”. She has spent many years as the head curator of Sofia City Art Gallery. Initiator of the BAZA Award for contemporary art. Creator of the prize for young artists from “Edmond Demirdzhian” foundation. Curator of many exhibitions with Bulgarian and international participation, in the country and abroad. 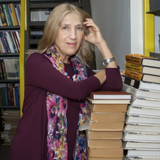 Miglena Nikolchina is a professor of literature history in Sofia University. She is an author many books, poetry, as well as theoretical and literary historical researches, the newest one is “Virgins, knights, queens. The love in the literature from the Middle Ages and the Renaissance” (2014). 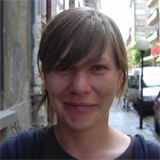 Rada Boukova was born in 1973 in Sofia. In 2002 graduated from the Ecole Nationale Superieure des Beaux-Arts, Paris. Lives and works in Paris and Sofia. Among her solo exhibitions are Magic Spring, 35 rue de Chanzy, Reims Quelle Énergie mettons-nous à transformer les choses, avec un plaisir non dissimulé, POPKIMOTO, Pré St-Gervais, France, The Sky is a Color, SARIEV Contemporary. She has participated in group shows in Great Britain, USA and South Korea, among which are: Eat the blue a project by Jagna Ciuchta, 116 Centre d’art contemporain,Montreuil, France; “There has been no future, there will be no past”, ICSP, NY. Her works can be found in the Sofia City Art Gallery collection and in private collections in Bulgaria and abroad. She is winner of the M-Tel award, 2009 and BAZA award 2008. Boukova is represented by SARIEV Contemporary and Patricia Dorfmann

All videos from the lectures are available HERE

27.05. (Saturday) 17 pm – Irina Genova: Women artists and art institutions/ What (else) do women want? Questions and critical response in the artistic practices today

03.06. (Saturday) 17 pm – Maria Vassileva: The group “8th of March”. Conscious and unconscious manifestations of the Bulgarian feminism. Conversation with some of the group’s members

OTHER EVENTS FROM THE PLATFORM:

Admission Free
Register for attendance at the lectures HERE