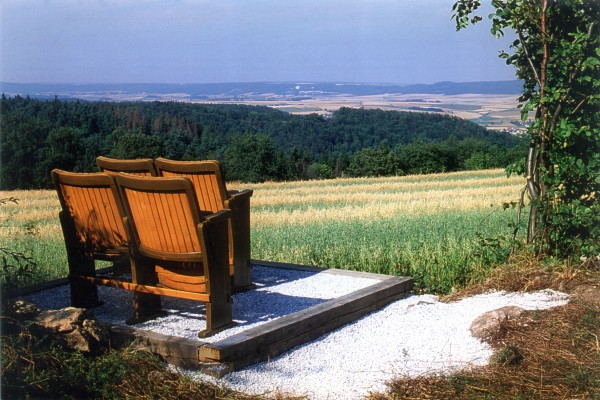 The Open Arts Foundation has the pleasure to work with Luchezar Boyadjiev on several projects over the years. From his artistic tour on Otets Paisii Street in the framework of the jubilee  program “The Dark Side of the Moon” curated by Art Affairs and Documents Foundation in NIGHT/Plovdiv in 2014, through the series “Walk and Talk with Luchezar Boyadjiev” part of “Introduction to Contemporary Art” 2016, and his last year’s participation in the Jubilee Exhibition “10 years Open Arts: HERE EVERYWHERE” with curator Vladiya Mihaylova, in which he created a special work inspired by our project “Alternative map of Plovdiv”.

Luchezar Boyadjiev is among the most prominent contemporary Bulgarian artists. A founding member of the Institute of Contemporary Art in Sofia and an author with an extensive international practice, Boyadjiev is a public figure with a particularly significant critical stance in the Bulgarian art scene. As an artist, curator, lecturer, he contributes to the establishing of new definitions and art practices in the country. The exhibition SIC TRANSIT MEDIA MUNDI is his first retrospective in Bulgaria, which shows his experience of over 20 years of creative practice. It features works from the early 1990s until the present day, among them author’s replicas and reconstructions of essential and rarely exhibited works. Luchezar Boyadjiev’s entire creative work represents an accurate, richly humourous, knowledgeable and critical visual study of the present. It reveals his extensive knowledge of the Bulgarian and international history of art as well as of the current problems of modernity. His works are related to the reorganization of social, ideological and religious power hierarchies, with the shift in values and a study of the relationships between personal and public space, global and local territories, with the search for the points of intersection of capitalism and democracy, consumerism and the new lifestyle patterns.

In the present retrospective exhibition, along with significant works by the artist, the four videos from the series “Walk and Talk with Luchezar Boyadzhiev” will be shown, part of the Open Arts Educational Platform – Introduction to Contemporary Art. The videos show an important part of the artist‘s personality, namely his curiosity about the city and the urban environment, his imagination as a kind of “painting” in the city space and his exceptional tale of narrator, lecturer, flanyor and guide. The tours were incredibly entertaining, awakening a lot of interest in the audience, and aroused the desire to share and co-discover the city, the art and the spaces around us. We are glad that we had the opportunity to realize the walks precisely with Luchezar, also that we were able to document them and even more so that two years later, they will be part of an extremely important and respected exhibition.