NIGHT OF MUSEUMS AND GALLERIES 2011 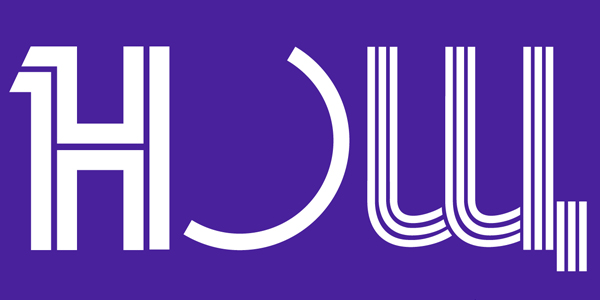 The Plovdiv Night of Museums and Galleries will offer a concentrated experience of the visual and performing arts for the 7th consecutive year. More than fifty locations – museums, galleries, bookshops, clubs, streets and parks – will remain open to the public for the duration of 10 hours on the night of 17th September, turning Bulgaria’s second largest city into a giant art stage.

40 000 visitors and guests attended last year’s edition of the Plovdiv Night of Museums and Galleries, which makes it one of the largest cultural events in Bulgaria. Organised by the Open Arts Foundation, the festival takes its cue from the best traditions of art cities around the world, while at the same time serving as a catalyst for local cultural processes. The program this year includes exhibitions, educational programs for adults and children, interactive performances, meetings with artists, live events across the town, concerts, screenings and workshops.

Following the success of last year’s edition, the program will be divided in three segments: Museums&Galleries, which provides a core of professionally curated shows; Culture&Club, with the participation of cultural institutes, bookshops, informal art spaces and clubs; and The City and Public Spaces segment, whose events will happen across the town. All spaces will be accessible to the public from 7 p.m. on Saturday, 17th September to 1.00 a.m. on Sunday, 18th September. A separate children’s program – the Small Night – will be organised from 5.00 p.m. to 8.00 p.m. on Saturday, with entertainment and educational events provided for the youngest. The official afterparty of the Plovdiv Night of Museums and Galleries 2011 will be hosted in the Tobacco Warehouse, on the corner of Ivan Vazov St. and Ekzarh Yosif St., in the small hours of 18th September.

Most of the events in the program are produced by the participating cultural organisations, with the Open Arts Foundation running two platforms of its own – Special Projects and Open Call. The Special Projects platform, curated by art historian Iara Boubnova, will present international artists whose work has previously not been shown in Bulgaria. Among them is the Slovenian group IRWIN and their educationally-inspired project East Art Map and the Russian artist Vadim Fishkin who will set Plovdiv’s public space to fire with his work Lighthouse. The Open Call platform will showcase a total of 13 projects selected from a pool of 48 applicants, with contributors from Plovdiv, Berlin, Milano, Belgrade and other cities.

New participants in the Plovdiv Night of Museums and Galleries this year are the recently renovated Regional Museum of Archeology, the Ivan Vazov National Library, the Surp Kovork Armenian church and the Victoria and Kirkor Armenian school, as well as locations such as Fabric Bar in 31 Otets Paisiy St., the iconic and now derelict Cosmos Cinema and the monument to soldiers who have died for Bulgaria known as Bratska mogila.

Two of the Night’s now traditional partners are hosting their own events. The America for Bulgaria Foundation, which supports the festival for the third consecutive year, will present an open-air classical music concert directed by Maxim Eshkenazi, as part of the Fortissimo Fest, at Plovdiv’s Roman Amphitheatre, as well as the A to JazZ Festival which will take the form of a street jazz parade. A special video program curated by Pavlina Mladenova and supported by the VIVACOM Fund is also part of the program.

A new element in this year is a VIP event – called the Collectors’ Forum – which will from now on precede the official shows. Its goals are to provide visibility for successful private collectors’ practices and to encourage aspiring collectors to start and run their own art collections. Participation in the event is by invitation only.

The visual identity of the Night is the work of Poststudio for visual culture, who have developed a special font inspired by the city’s street signs, graffiti and magazines, called The Letters of Plovdiv.

Visitors and guests of the festival can put together their itineraries with the help of the Night’s catalogue, which includes a map of all locations, as well as on-line at www.gallery-night.info and the official blog of the festival – www.gallery-night.info/blog. Free applications with the full program will be available for ipad, iphone and android, while daily news will be posted on www.facebook.com/museum.night.plovdiv.

The Plovdiv Night of Museums and Galleries is organised by the Open Arts Foundation in partnership with the Municipality of Plovdiv and the financial support of the America for Bulgaria Foundation and Vivacom.

/ with support of
AMERICA FOR BULGARIA FOUNDATION
VIVACOM FUND