Places of Wisdom – аn exhibition of documentation from the “Walk-and-Talk Lecture Tours with Luchezar Boyadjiev”, part of the “Introduction to Contemporary Art” – Sofia 2016 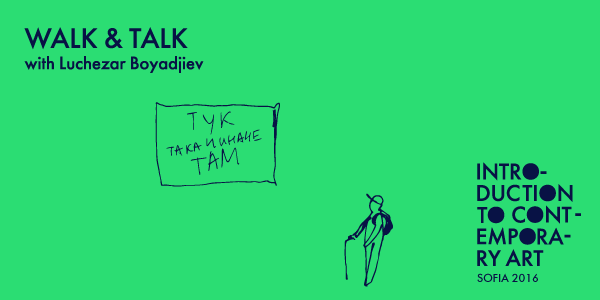 An exhibition of documentation from the “Walk-and-Talk Lecture Tours with Luchezar Boyadjiev”, part of the “Introduction to Contemporary Art” – Sofia 2016

In 2016, during the pleasant for taking walks around Sofia months from May to October, the artist Luchezar Boyadjiev realized four walk-and-talk lecture tours as part of the educational platform “Introduction to Contemporary Art” of the Open Arts Foundation and Sariev Contemporary Gallery. http://openarts.info/walktalk-luchezar-boyadjiev2016/
In the course of these tours, each one with an itinerary specially conceived by the author, the participants were following him from the most popular places in town to locations that are invisible even to the seasoned Sofia people. One of the artist’s objectives was to deconstruct the deeply ingrained in many minds “myth that there is no connection between contemporary art and the life of people and the city.” Another one – to discover the places of (shared) wisdom in Sofia. In each city there are shared places of memory but the memories themselves are different (hence, the debate over specific public monuments). Boyadjiev elaborates on the notion that each debate and argument, each artistic project in public space is accumulating wisdom. The “accumulated wisdom” is the history of the city – includes the official one, as much as the collective ones, those of small communities, the family and the personal memory as well. 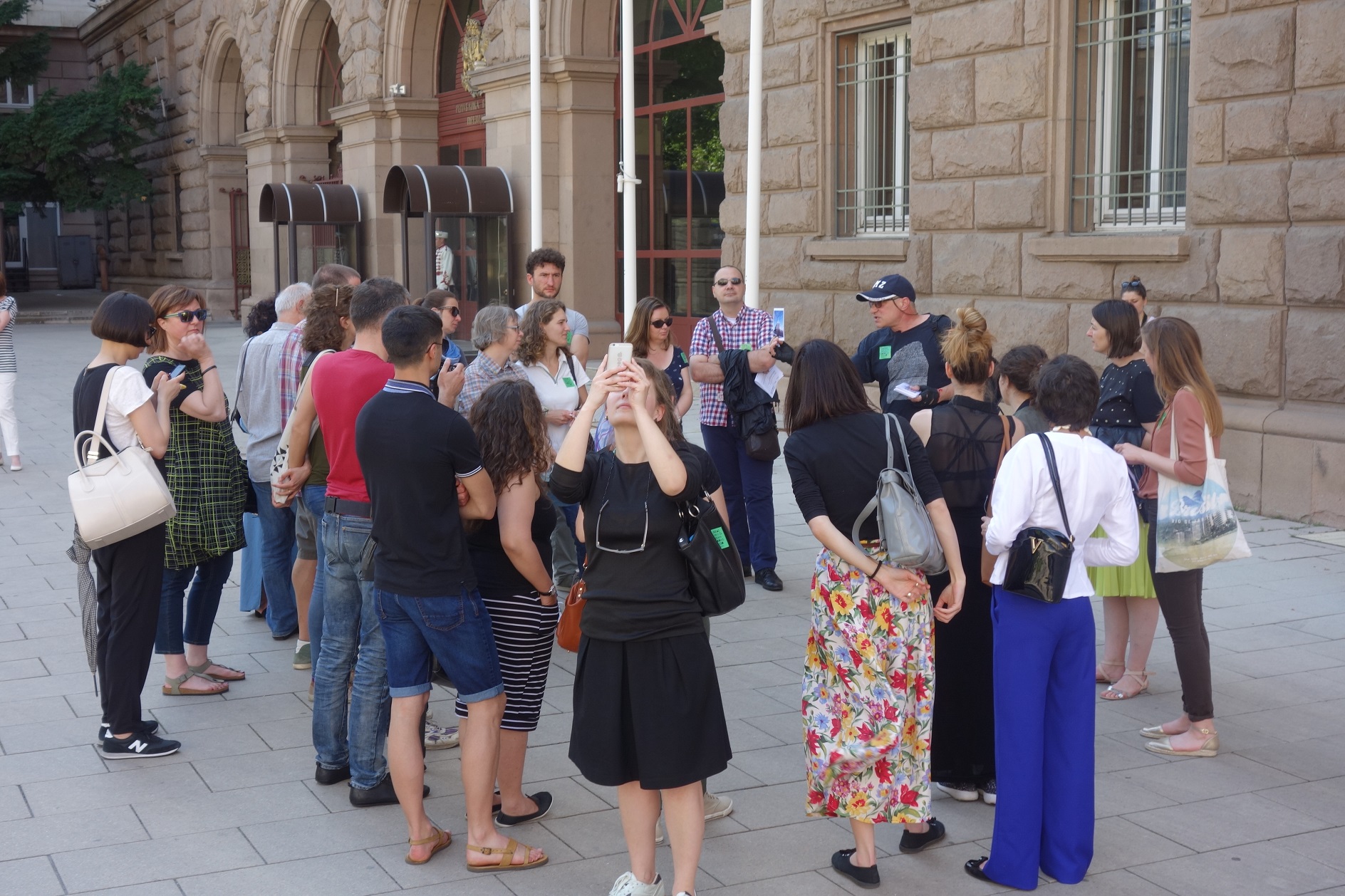 Luchezar Boyadjiev, a Sofia-born, is sharing knowledge, observations, popular rumors and hearsay stories with his audience. He is changing the attitudes to the urban environment by focusing our attention on things that have happened over historical periods and because of various reasons. Form the ancient ruins and samples of socialist modernism, to commemorative plates and damaged drinking water fountains in little parks, through parkours and stopovers, the artist manages to not only trigger our curiosity for places and events but also to “tame” Sofia for us. The city is turning into a place, where unique and contradictory civilizational processes overlap and where the accumulation of art is commensurate with any other city popular with tourists. The map of the city is no longer a boring and superficial scheme – it is saturated with dynamics that though subservient to the historical process is yet transforming into a captivating game of investigating the invisible. The artist – a well-meaning and emotional erudite, is discovering and opening up the path to some general and personal answers to those question Gauguin asked in his painting from 1898 – “Where do we come from? What are we? Where are we going?” (D’où Venons Nous / Que Sommes Nous / Où Allons Nous.) 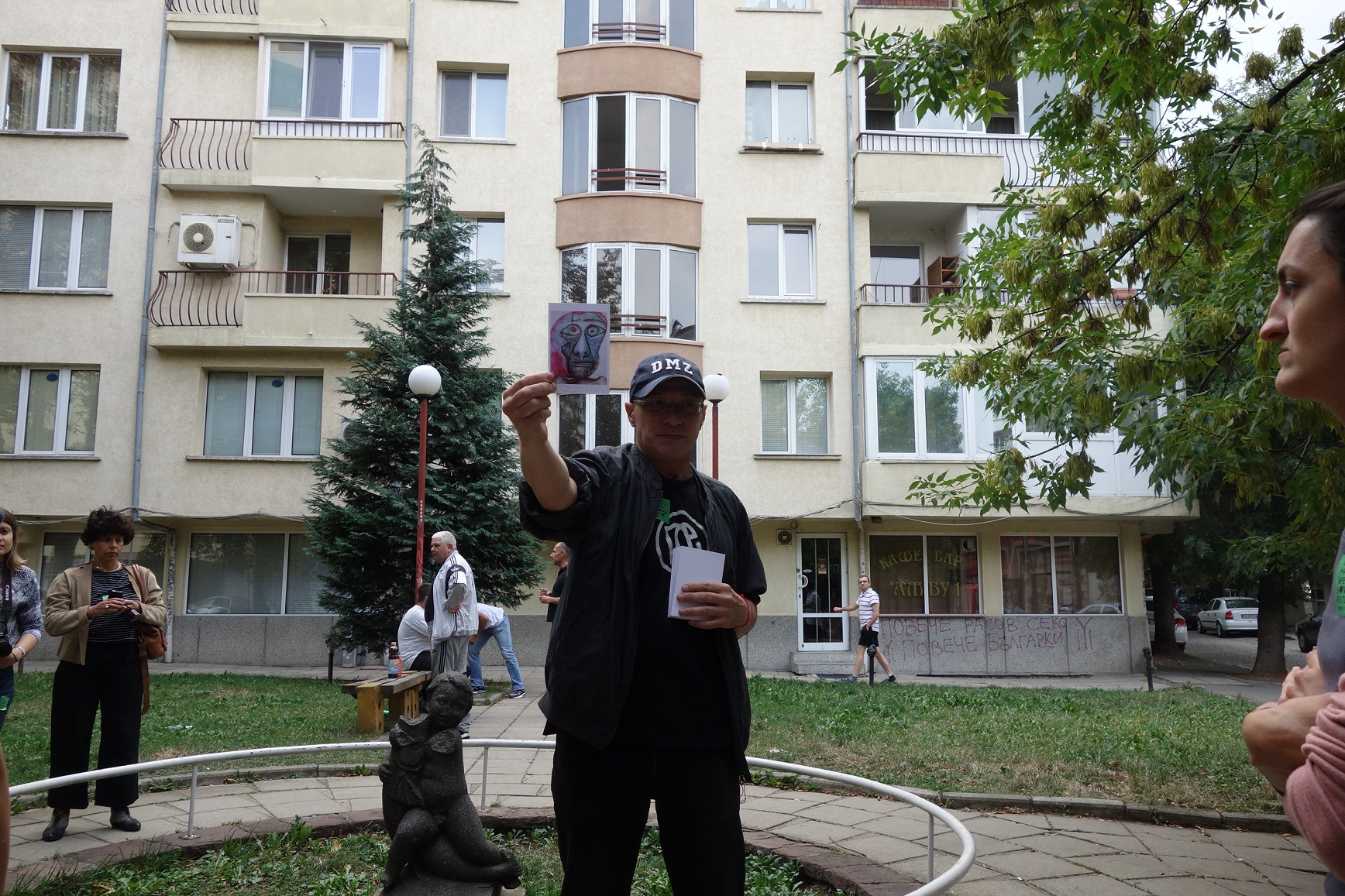 The walk-and-talk lecture tours by Boyadjiev are a specific form of education. They are not simply a narration about what has happened. The artist is offering a new, fluid and unmaintained by traditional institutions conceptual artistic product. Contemporary are is happening in front of the eyes of the participating audience by involving them with the problems of the past and the future, of urbanism and traditions of collective memory. For Boyadjiev the artistic practice of ‘performative lectures’ (as he prefers to use the term) started back in 2003 within the exhibition “In the Gorges of the Balkans” in Kassel, curated by Rene Block. There, he was “interpreting” for the viewers the art and the artists from this unknown, conflicted and scary part of Europe. Later on, he was using the same “media” – talking about art in front of concrete works by the artists with unique abilities to “grasp, know and interact” – for his projects, for the biennials in Sharjah, Singapore, Santa Fe and Jerusalem, as well as in shows in Ljubljana, Belgrade, Plovdiv and Sofia. 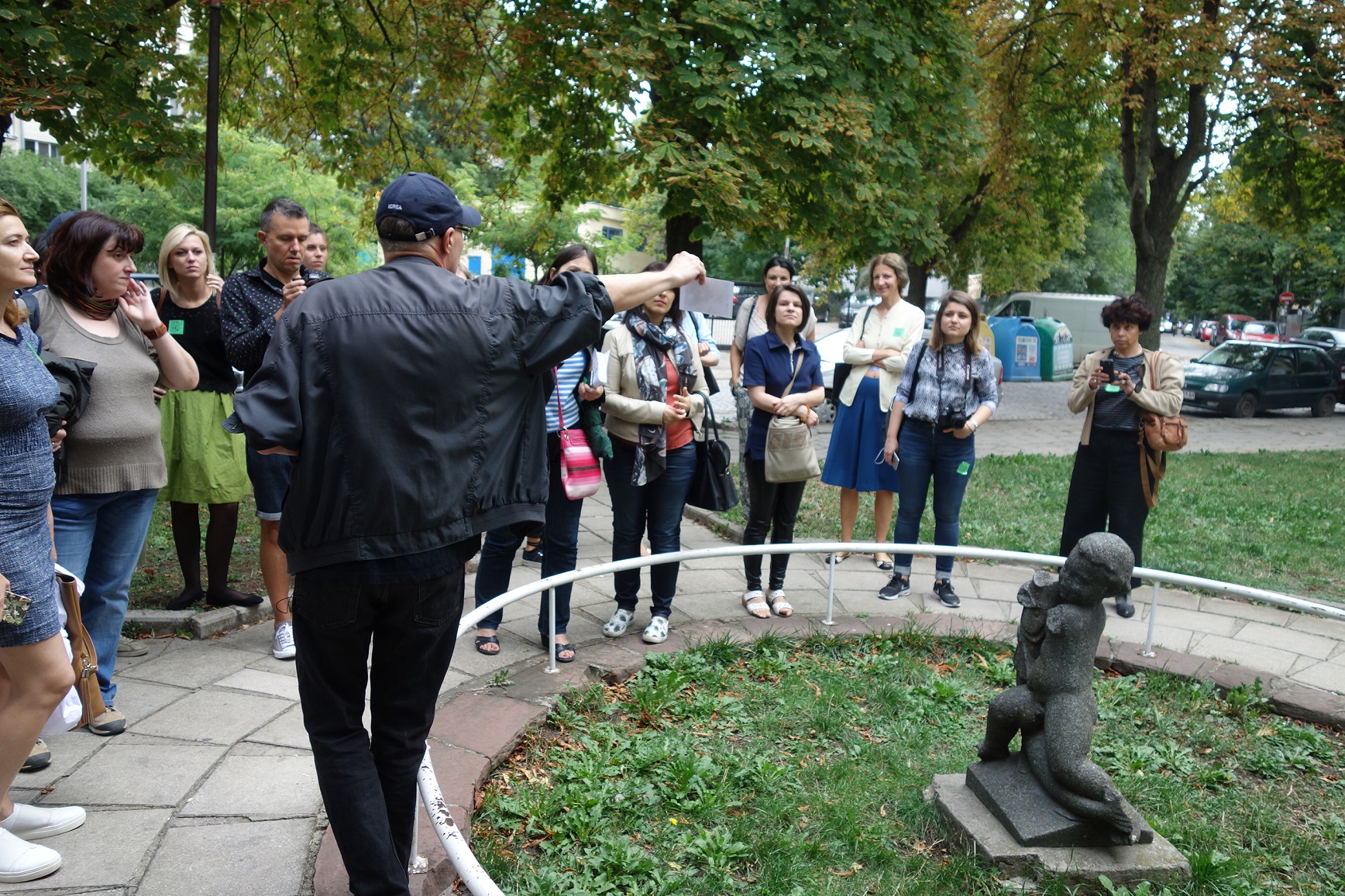 This cycle of lecture tours by Luchezar Boyadjiev was especially developed for and by invitation from the educational platform “Introduction to Contemporary Art” for its sixth edition. They are presented in Sofia less than a month after the last tour. For all who missed the tours, as well as for those who were there and for those who might wish to clarify their relationship with Sofia while learning more about its contemporary map “according to Luchezar Boyadjiev” – the show is offering video documentation of the four tours, filmed by Kalin Serapionov and edited in collaboration with the author. The exposition will feature also the multitude of “photo-specimens” used by Boyadjiev during the tours in order to provoke and seduce us to the “places of wisdom”.

“Introduction to Contemporary Art” is a project of the Open Arts Foundation and Sariev Contemporary Gallery, Plovdiv.
For the sixth year they are organizing free lectures and courses in Sofia to “introduce” the world of contemporary art to local audiences. During the years, the “Introduction to Contemporary Art” educational platform has met the audience with leading artists and curators from Bulgaria and beyond. The lectures are presenting diverse viewpoints to contemporary art. They aim to familiarize the general audience with the great variety of its issues in an accessible and clear language. Since 2015, the platform grew to incorporate new projects and formats – an edition in Plovdiv, the first bilingual history of contemporary Bulgarian art, the column in the Kapital LIGHT periodical along with the lecture tours with Luchezar Boyadjiev for 2016.

The project “Introduction in Contemporary Art 2016 – Sofia is sponsored by the Culture Program of the Sofia Municipality for 2016.
With the support of the Gaudenz B. Ruf Award.
Partners: National Art Gallery, Institute of Contemporary Art – Sofia.
Media Partners: Vij! Sofia, Timeart.me, Stand.bg, artnewscafé bulletin, Egoist