STATEMENT OF THE OPEN ARTS FOUNDATION REGARDING THE DEMOLISHED TOBACCO WAREHOUSE IN 8 ODRIN ST., PLOVDIV 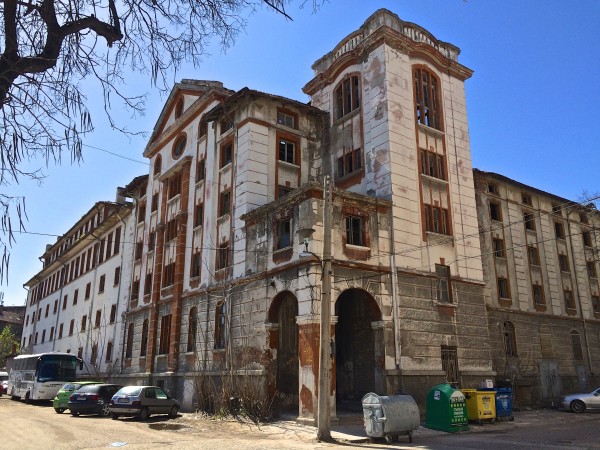 The Open Arts Foundation team was appalled and outraged to hear that the Tobacco Warehouse in 8 Odrin St. (an architectural treasure, whether it is officially listed as such, or not) was illegally and surreptitiously demolished – without any prior debate, on a national holiday, and with the yet unconfirmed but suspected aid of document forgery. It is shocking that such a barbaric act was perpetrated in the name of private interests and that the responsible authorities had neither the will, nor the expertise to prevent it. We hope that the strong public reaction triggered by the building’s demolition, of which we are also part, would not only help preserve what little remains of its façade, but also guarantee a full public investigation of what has happened. Irrespective of any interpretations of the current law or any future changes to it, we strongly support a full restoration of the building to its authentic form.

The research, discussion and regeneration of urban environment have been a priority of the Open Arts Foundation since it was founded. Specifically, two of our projects, the City Arbor discussion series and the Alternative Map of Plovdiv, have dealt with these questions directly. Both of them have featured content on Plovdiv’s neglected Tobacco District. Our aim has been to draw public attention to its unique architectural heritage, while familiarizing the public with the history of the golden age of the tobacco industry and the significance of its buildings. In 2012, a special City Arbor discussion on the subject of the Tobacco District was organized by the Open Arts Foundation in collaboration with Studio 8 ½. In 2013, we created the bilingual Alternative Map of Plovdiv, which features six architectural and cultural heritage itineraries, including one dedicated to the Tobacco District. The warehouse in 8 Odrin St. was part of this itinerary, along with seven other landmark buildings. We sincerely hope that Plovdiv won’t allow the demolition of more such buildings and will protect its cultural heritage from further destruction.

The local administration’s lack of will, and the gradual oblivion of the Tobacco District by the citizens of Plovdiv have led to an absurd situation. Now, more than even before, it is important to speak up, to remember and to state our position that our common cultural heritage cannot be traded in exchange of “modern projects” and private sector interests.
We will continue working with steadfast resolve on the issues facing the Tobacco District, as well as on the larger issues relevant to the preservation of the city’s cultural heritage.

Media coverage on the case:

- interview with architect Toni Stoycheva and Vesselina Sarieva, representatives of the Civil Initiative for he Tobacco city