Stretching the boundaries – a project in public space

A project in public space by

FLUCA – austrian cultural pavilion is pleased to present the project “Stretching the boundaries” with two interventions in the public space of Plovdiv by Sabine Bitter / Helmut Weber and Nicole Six / Paul Petritsch. The project is curated by Walter Seidl, in charge of the art collection of the Erste Group and ERSTE Foundation Vienna, since 2005. 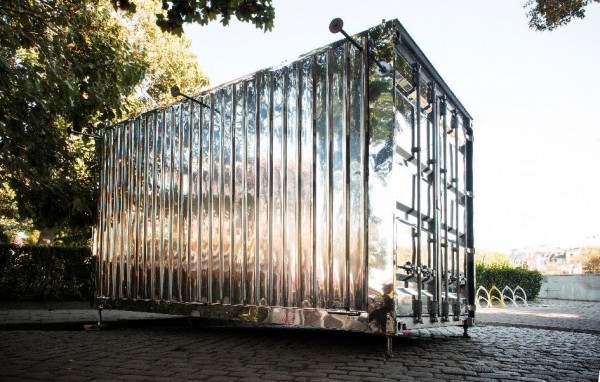 Here’s what he says about the project:

“Public space has always been perceived as a locus at the intersection of architectural, social, economic and ecological modes of perception that lead to subjective articulations of reality. Trying to break the perceptible moments of normative structures within the public is one trope that art follows in order to disrupt and question the basic parameters of space.

The project Stretching Boundaries is grounded on the question of whether the notion of intervention is indeed one of the very concepts of dialectical materialism – which, according to Alain Badiou, is not bound to flat images, but to critical interventions that transcend the realm of art and rearticulate the very ideological structures of neoliberal contemporary global capitalism. The invited artist duos critically approach culturally, socially and politically-laden spaces, as well as how these spaces and places are contextualized within the respective works of art. The works deal with spaces as sites of production, with their socio-cultural inner worlds (in a Freudian sense of Innenwelt), and with visual interventions into the exterior.

FLUCA – austrian cultural pavilion near SARIEV Contemporary gallery and artnewscafe, will be the starting point for the intervention by Sabine Bitter / Helmut Weber. The work will be an altered re-enactment of their 2004 intervention at FLUC Vienna, which tackles the container and the surrounding institutions and questions modes of visibility in relation to architectural structures. The artist duo analyzes the transition from mere architecture to living spaces as co-existential units of diverse social groups. Hence, their project stretches from the container to the surrounding places and locales that do not only include institutions of art but reach out to different strata of the population.

A similar approach is taken up by Nicole Six and Paul Petritsch. The starting point of their intervention will be the meadow in front of the gallery, which operates as a site for an unusual kind of field measuring. Focusing on the trajectory from the meadow to the adjacent buildings and publically accessible places will be a testing ground for an artistic mapping that plays with the fine line between visibility and invisibility and how this boundary can be stretched.

Both artist groups will have a different point of departure, from which their work will spread into the neighborhood. Their work might meet at the crossroads of a joint space yet with different processes of visual mapping, which might be site-specific but also take up an ephemeral quality. In this context, the container FLUCA might also be used as a platform for visual programming, which will take place in collaboration with the invited artists.”

Walter Seidl is a curator, critic and artist. Since 2005 he has been in charge of the art collection of the Erste Group and ERSTE Foundation, Vienna. Since 2000, he has worked intensively with the Bulgarian art scene, curating the following exhibitions: “Looming Up, Contemporary Art from Bulgaria,” Kunsthalle Exnergasse, Vienna (2001); “Kontakt Sofia,” co-curator: Maria Vassileva, City Art Gallery, Sofia, (2011); “Urban Territories,” 0gms Gallery, Sofia (2012), and “Boris Missirkov & Georgi Bogdanov: Portraits,” Sofia City Gallery (2013).

Project produced and supported by Austrian Embassy in Bulgaria and The Austrian Federal Chancellery.