Collectors’ Forum is a project by SARIEV Contemporary and Open Arts Foundation, which aims to introduce the Bulgarian audience to the concept of collecting and building a collection of contemporary art. The project started in 2011 with a professional forum, focused on private and corporate collectors. It continued in 2014 as a series of lectures, part of the educational platform Introduction to Contemporary Art. We invite private collectors and representatives from public and corporate collections to talk about collecting. What is the role of collecting – not only for the market, but for the art scene in general? What are the main principles of developing a collection and acquisition of new works? What is the driving force for collecting - the professional interest, collecting as investment or passion to art?

In 2016 started the same titled column in Artnewscafe Bulletin. It includes interviews with private collectors and representatives of collections.

COLLECTING AND EXHIBITING:
A look into a French public collection of contemporary art

The international curator and director of the public contemporary art collection FRAC Normandie Rouen is coming to Bulgaria at invitation by SARIEV Contemporary and Institut Francais Bulgaria. On 16 November she is giving a lecture on public collections, the principles of collecting and the importance of access to contemporary art also outside the capital.

Véronique Souben is a curator, art historian and currently director of Frac Haute-Normanide, one of the most important institutions for contemporary art in Normandy. She has experience from working at various public and private organisations in France and Germany such as Centre Georges Pompidou, Paris, Neue Nationalgalerie, Berlin and Centre d’Art contemporain Abbaye Saint-André à Meymac. She has played a major role for the conceptualization and development of the Marta Herford Museum which opened in 2005. Together with Jan Hoet, founder of the museum, she curated the opening exhibition “My (Personal) Heroes”. She worked at the museum from 2003 to 2007 and in this time she curated and organized numerous exhibitions, contributed for catalogues and monographies, worked with artists and designers such as Marina Abramovic and the design studio Vogt+Weizenegger among others. She was appointed as director of Frac Haute-Normanide in 2014 and her first project there was the first big solo show of British artist Darren Almond in France.
More information 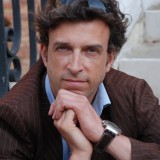 Alain Servais worked as an investment banker at Drexel Burnham Lambert – one of the biggest investment companies on Wall Street) and is currently an independent financial consultant and passionate collectors of contemporary art. He started collecting in the late 90′s, when in New York. A major focus of his activities as a collector are young and emerging artists. He is also one among the first to passionately begin collecting video and digital art works. In an effort to support young artists, he offers as art residence his three-story apartment in Brussels, where he keeps his art collection. Today he owns one of the most interesting collections in Europe with works by artists from around the world. He is a member of the committee of the fair Armory Show in New York, as well as the board of patrons of the global Fair Art basel.
The lecture is part of the educational course Introduction to Contemporary Art 2016 – Life Beyond the End of Art.

Video from the lecture HERE.

Veronique Souben and Alain Servais’ visits in Bulgaria are at invitation of SARIEV Contemporary and are supported by Plovdiv Municipality, Institut Francais Sofia, Mobility Program of the National Fund Culture and the Culture Program of  Sofia Municipality.

Collectors’  Forum is a project by SARIEV Contemporary and Open Arts Foundation.