Introduction to Contemporary Art is an educational program started in 2011 by the Open Arts Foundation and the Sariev Gallery of Plovdiv, developed in collaboration with the art critics and curators Svetlana Kuyumdjieva, Vessela Nozharova and Vera Mlechevska. The program’s mission is to create context and understanding of contemporary art in Bulgaria. Its activities have included a specialized educational course, open lectures, artist talks, as well as other forms.

Introduction to Contemporary Art events are usually held in Sofia, in venues such as SKLADA /+/, the Sofia Art Gallery and the Vivacom Art Hall. The following artists have so far been presented in the program: Stefan Nikolaev, Nedko Solakov, Ergin Çavuşoğlu, Luchezar Boyadjiev, Krassimir Terziev, Peter Tzanev, Boris Missirkov, Georgi Bogdanov, Pravdoliub Ivanov and Boryana Rossa. Over the years the program has been funded by the America for Bulgaria Foundation, the Kultura National Fund and the Vivacom Fund. In 2014, Introduction to Contemporary Art is supported by the Kultura National Fund. Access to it has been free (with advance booking) since 2012.

This year’s concise course will build on the lectures of previous years through the eyes and experience of art theorists and critics. Our goal is to make the contemporary visual arts accessible to a wider audience by focusing on key concepts and themes. Discussions and debates will also be incorporated into the program.

The lectures will address a variety of topics from the history of contemporary art in Bulgaria, while placing them in global context. Each topic will be related to a specific historical moment and zero in on a specific medium, prompting participants to reflect on whether style is determined by a work’s formal features, or comes out of an ideology that tolerates evolution and welcomes dialog across its boundaries.

Rene Beekman will introduce participants to the relatively new territory of the digital arts by making necessary delineations about what constitutes digital art and what doesn’t, and outlining its history. Beekman will also discuss the extent to which the digital arts are dependent on a particular media or technology, as well as some recent changes in the language of contemporary art.

Diana Popova’s lecture aims to shed light on Bulgarian contemporary art in the 1990s. Popova is a first-hand observer of key processes during this formative period, and one of its first critics and curators. At the time, she publicized the work of her contemporaries under the label “unconventional forms”, while observing the painful rupture of the Bulgarian art scene and the emergence of new forms of expression.

Svetlana Kuyumdjieva will offer a revision of a controversial period in the history of Bulgarian art – that of socialist realism. Between the once-obligatory cannon and its unconditional latter-day rejection, socialist realism could equally be seen as a mere addendum to communist ideology or an orderly normative system. Understanding the period inevitably leads to the questions: Is socialist realism a style or a doctrine? What nourishes its visual models and what is its indelible imprint on the arts today?

The Collectors’ Forum aims to provide the public with an opportunity to meet face to face with art collectors. Along with public funding, collecting is a major source of support for contemporary art today. Historically, private collections have laid the foundations of many of Europe’s greatest museums. It is often the private collector who spots a bright future talent and helps them on to a successful career. Each collection, whatever its size, is shaped by the preferences, interests, knowledge and personal motivation of its owner. At the same time, collections also tell a story about the period they span, about its spirit and mores.

The meetings organized by the Open Arts Foundation will acquaint the public with collectors of different tastes and interests, and a different public profile – private or corporate. The featured collections have a greater or smaller focus on Bulgarian art, as a token of our wish to encourage collecting of works by Bulgarian artists.

The conversations will reveal each collector’s motivation to collect art, as well as the ways in which artworks are publicized once they enter the collection. Last but not least, they will address the eternal question of what makes a collector collect: love for art, or an interest in long-term investment.

VERA MLECHEVSKA is a curator and art critic. She graduated from the National Academy of Arts and the Konstfack University of Arts, Crafts and Design, Stockholm. She has curated the following exhibitions: Persona, Institute of Contemporary Art, Sofia, 2010; Transgressions, Credo Bonum Gallery, 2011; The End and Beyond, Centre for Contemporary Arts / Ancient Baths, Plovdiv, 2011; Rituals of the Habitual, 2012, and others. Mlechevska is a board member of the Art Affairs and Documents Foundation, where she co-directs its educational and cultural projects. She has published in Kultura, Lik and Blistermagazine.com. 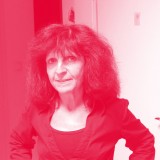 DIANA POPOVA (b. 1958) is an art historian, critic and journalist. She graduated in art criticism and history from the National Academy of Arts in Sofia. In the 1990s, she worked as art editor at the Kultura newspaper. As a critic and historian, she examines a wide range of topics in Bulgarian art, with a focus on the unconventional, innovative and conceptual. As an editor, she has guided the development of a number of young art critics on the pages of Kultura, and other publications. She has played an active role in fostering the debate on contemporary art in Bulgaria. Popova is the host and author of the Museum on Air radio show on the Bulgarian National Radio, Hristo Botev Program, since 2009. 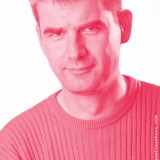 RENE BEEKMAN has a degree in Media Arts from the AKI Academy for Art and Design in Enschede, the Netherlands. He was born in the Netherlands, but lives and works in Sofia. Beekman is a co-founder of the Digital Arts Program at the National Academy of Arts in Sofia, where he teaches the courses History and Theory of Screen Arts, Net.Art, Interactive Art Systems, and others. With Albena Baeva, he co-founded Reactive, a studio for interactive installations for museums, advertising and events. Beekman (co-)founded and co-organizes Dorkbot Sofia, Ignite Sofia, xfilm lectures and xfilm festival, and curated the first two editions of Da Fest. He is the author of the interactive video environment for the performance “Monsieur Ibrahim and the Flowers of the Koran” at the Ivan Vazov National Theater, 2003. His work has been acquired by the Public Library in Nagoya, Japan, and is distributed by LIMA (Netherlands) and The Kitchen (USA). 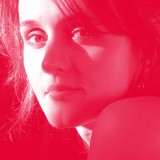 SVETLANA KUYUMDZHIEVA (b. 1977) is an art critic and curator based in Plovdiv. She holds an M.A. in Art History from the National Academy of Arts in Sofia and is currently working on her Ph.D. thesis on Bulgarian socialist realism at the Bulgarian Academy of Sciences. She has worked as visual arts columnist at the Kultura newspaper, as Art Еditor of Abitare Bulgaria, and a contemporary art consultant for a number of publications. Between 2003 and 2013 she worked as curator of the Credo Bonum Gallery in Sofia. Presently, Kuyumdzhieva is Senior Expert at the Culture, Education and Development Department of the Plovdiv Municipality. She co-founded the Art Affairs and Documents Foundation and is a member of the Independent Curators International (ICI). 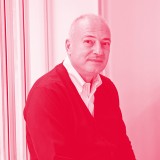 GEORGI VOINOV was born and lives in Bulgaria. He completed his secondary education in his home country before moving to Kluj and Bucarest, Romania, where he studied International Economics at the Academy of Economics. Voinov has collected artworks, primarily by Romanian and Bulgarian artists, since 1986. He has a passion for prints and drawings, collecting alongside his wife Dana Voinova. In the last eight years, their collection has expanded to include modern and contemporary art by mostly young artists. Acquisitions have included prints, painting and sculpture, as well as, more recently, multi-media works.