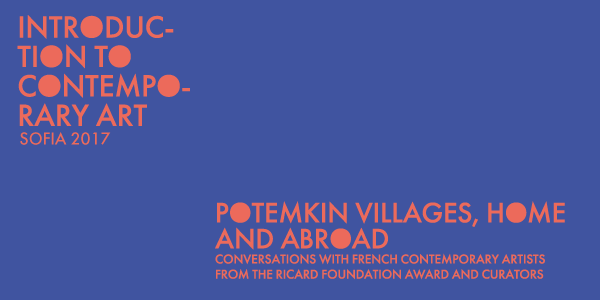 In 2017 you will have the occasion to visit Introduction to Contemporary Art not once but twice – in the summer and autumn. The lectures held in Sofia will begin in the end of May and continue till July, we will see you again in November. The summer round of lectures, named First-person Talks, will combine two main themes: Everything you have ever wanted to know about women in art* *but you can’t find in the textbooks will reflect on women in art, their part and influence; together with Irina Genova, Maria Vasileva, Miglena Nikolchina and Rada Bukova. Potemkin Villages, home and abroad. Conversation French contemporary artists from The Ricard Foundation Award and curators will introduce the French contemporary art through the conversation with some of the most intriguing French artists – Bruno Serralongue, Mathieu K. Abonnenc, Stéphane Barbier-Bouvet and Marie Voignier, and curators Svetlana Kuyumdzhieva, art director of Plovdiv 2019, and Pierre Bal-Blanc, curator from the team of documenta 2017 Athens-Kassel. Special treat will be the lecture by Railand Schumacher, curator of the collection of Deutche Telekom, part of Collector’s Forum. In the autumn we will learn more about the performance art, the international and Bulgarian guests will discuss what provokes the artists to experiment with the form.

The lecture will be in Bulgarian and French with translation

Potemkin Villages, Home and Abroad. Conversations with French Contemporary Artists from the Richard Foundation Award and Curators is realized in the context of the exhibition ‘Palais Potemkine’ in association with Pernod Richard Bulgariq, Foundation Richard, Institut Francaise and the National Gallery the Palace. The series of talks will introduce to the audience with the state of French contemporary art in a conversation with some of the most intriguing French artists.

The very practice of these artists from the French scene enriches the notion of a “scene” and places it in perspective. The plurality of their concerns defies the compartmentalization of geographic, stylistic or thematic boundaries that might try to homogenize their approach. Though they are united by their various connections to France, they are nonetheless citizens of a global art community. Their research and collaborations lead them to former Eastern Bloc countries, to France’s overseas territories, to former colonies, and to urban or remote areas in France and around the world. They tackle colonial history, boundary lines, political upheavals, the role of monuments and urban planning, the construction of national narratives, museum displays, the backdrop of the information society, media discourse, access to public voice and opinion, the analysis of gestures, the alterity of bodies, and the inequality between individuals. 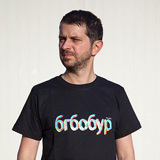 Stefan Nikolaev (b. 1970 in Sofia, Bulgaria, based in Paris and Sofia) began his studies at the Fine Arts High School in his native city (1983-1988), followed by a course at the Paris School of Fine Arts (1989-1994) and Winchester School of Art in England (1992). There have been many solo and group shows in France, Belgum, Bulgaria, etc. He has taken part in the Lyon Biennial (2007) and presented Bulgaria in the Venice Biennial (2007, together with Ivan Moudov and Pravdoliub Ivanov), as well as the biennials at Gwangju, Korea and Cetinje, Montenegro (2004). His work has also been shown at various art fairs: ArtBasel, FIAC, The Armory Show, ARCO. For his work for the 4th Cetinje Biennial, Stefan Nikolaev was awarded the UNESCO art prize. Nikolaev is represented by Sariev Contemporary, Plovdiv and Michel Rein, Paris 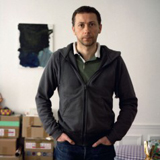 Bruno Seralong was born in 1968 in Châtellerault, France. He lives and works in Paris. He has been teaching since 2004 at the University of Art and Design in Geneva. His works are exhibited regularly in France and around the world. He has had numerous solo exhibitions in Mamco (Geneva); Wiels (Brussels); Palm Game (Paris); Virreina Center from Imatge (Barcelona). His works are part of numerous public collections, including the Museum of Modern Art in Paris, Tate Modern (London), Winterthur, the Pompidou Cultural Center (Paris) and the National Immigration History Museum (Paris). 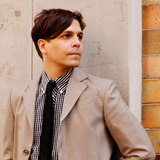 Mathieu K. Abonenk was born in 1977 in Paris and lives in Rome. He focuses on the forms of cultural hegemony on which the development of modern society is based. Whether it is video, photographs, installations, drawings or exhibition projects, Matthieu K. Abonenk explores the dominant principles of representation through the appropriation of elements and existing events mainly related to the imperial history and the colonialism of the so-called “developed countries”. 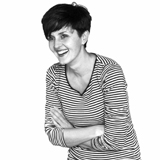 Svetlana Kuyumdzhieva (b. 1977) is an art critic and curator based in Plovdiv. She holds an M.A. in Art History from the National Academy of Arts in Sofia. She has worked as visual arts columnist at the Kultura newspaper, as Art Еditor of Abitare Bulgaria, and a contemporary art consultant for a number of publications. Between 2003 and 2013 she worked as curator of the Credo Bonum Gallery in Sofia. Presently, Kuyumdzhieva is the artistic director of the “Plovdiv 2019″ Foundation. She co-founded the Art Affairs and Documents Foundation and is a member of the Independent Curators International (ICI). 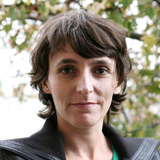 Marie Voignier was born in 1974, she currently lives in Paris. She received the Prix des médiathèques and the International Film Documentation Award (FID) and the Short Film Award at the Cinéma du Réel au Center Pompidou Festival at the Pompidou Center in Paris in 2007. Marie Voignier was awarded with the Ricard Foundation Award in 2016. She has participated in the Triennial of Paris, the Rennes Biennial in 2012 and Berlin in 2010. Her films have recently become part of the collections of the Musée d’Art Moderne de la Ville de Paris, Paris, the Musée du Grand-Hornu in Belgium, and The French National Art Gallery for Contemporary Art and the PACA FRAC in Marseille. 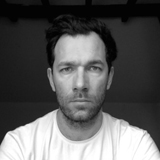 Stéphane Barbier-Bouvet was born in 1981 in Marseilles. He currently lives and works between Brussels and Amsterdam. He graduated from Ecole Cantonale d’Art de Lausanne in Switzerland. He has participated in many group and solo exhibitions in Belgium, France and Switzerland. His works are part of the public collections of Frac Aquitaine and Österreichisches Museum für angewandte Kunst (MAK) in Vienna. 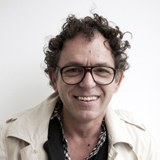 Pierre Bal-Blanc is an independent curator and director of CAC Brétigny (Contemporary Art Centre of Brétigny, greater Paris). Since 2003, echoing the societal thought of Charles Fourier, he has run the “Phalanstère Project,” a series of site-specific proposals aiming at critical rethinking of the logic behind accumulation of art works. Through his work he continues his exploration of the forms and responsibilities of museums, their daily activities, and their relationship with the city.

“Introduction to Contemporary Art” is an educational platform started in 2011 by the Open Arts Foundation and SARIEV Contemporary in collaboration with the art historians Svetlana Kuyumdjieva, Vessela Nozharova and Vera Mlechevska. It aims to create a context and understanding of contemporary art in Bulgaria.

Other events from the platform