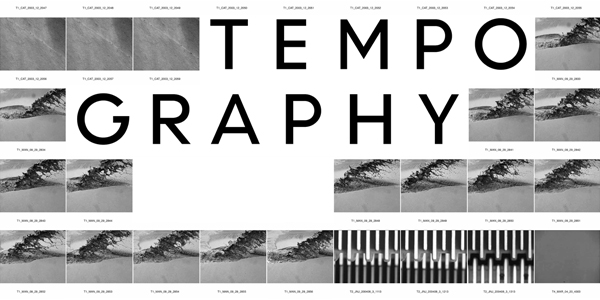 The discussions are part of the exhibition TEMPOGRAPHY by Anthony Bannwart and Magnus Aronson within the “Meeting Point – Guest” program of Vaska Emanouilova Gallery, 16th of April – 15th of May, 2011, Sofia

Founded in 2003 by the Swiss artist Anthony Bannwart and by the Swedish artist Magnus Aronson, “Tempography” is a non-commercial conceptual video art project – an archive of minimalist videos. The project works as an open space for participation and exchange, as a collection gathered by means of open calls. The project “Tempography” was presented through exhibitions with workshops in London, Stockholm, Seoul and Hanoi.

“Tempography” is composed of “Tempographs” – single silent moving image shots which can be considered as brief visual impacts captured from everyday surroundings. Tempographs are different observational points-of-views, a minimalist poetic documentary of an atmosphere, an artistic research into “time” and “movement”.

The technical aspects of the video are: the steadiness of the camera, the absence of narrative, effects, or inner editing, a single silent moving image shot, without any cuts or fades, the colour balance/intensity and the brightness/contrast may be adjusted, although not to the extent that the shot looks processed. A “Tempograph” is limited between 3 and 30 seconds and the tempo must be real-time. The narrative must be minimal and “extra-filmic”.

Code: In order to relate each “Tempograph” with its author, time of capture and duration, there is an individual code assigned to each one of them, for example T3.HON.CH.02.26.
The three letters HON stand for the author – Anthony Bannwart; 02 – the year of capture: 2002; 26. – seconds of duration; T and the number afterwards stand for the number of “Tempographs” a given author has provided the whole project with; the author’s country is marked with abbreviations as in the web: CH – Switzerland, KR – Korea, VT – Vietnam, DE – Germany, BG – Bulgaria.

The presentation and the discussion with Anthony Bannwart in /+/ Sklada and artnewscafe aim at providing information and triggering the production of new videos, at attracting new participants: active or potential video artists to submit videos for “Tempography”.

The collected videos will be included into the project’s archive and presented within the exhibition “Tempography” in Vaska Emanouilova Gallery, Sofia from the 16th of April until the 15th of May.

Anthony Bannwart, born in Switzerland, studied later in Germany, and Fine Art in Film and Video at Central St. Martins College in London. He is dedicated to ongoing interdisciplinary projects, exploring their quadri-dimensionality with a methodology that is consisted of personal perspectives through fictional archives, archival materials, performative installations, videos, texts, drawings, or objects interspersed with historical, social, and artistic practices, often enriched by collaborations. The transitive nature of each whole, the recognition of Time, the opposite poles, the oscillation of points-of-views at play in each project, and the vernacular dialogue between the interdisciplinary parts are defining his practice. Among Anthony Bannwart’s realization are “A ses parents – variations autour de Le Corbusier” (2006 – 2007), as well as “Blue Sacred Mark Project”, initiated in 2008 by a dialogue with Nam June Paik Art Center’s curators.
In 2003 together with Magnus Aronson he started the project Tempography, which was first shown as an urban intervention on built-in public screens in more than 200 buses in London and Birmingham over 2 months 24/7. The project was exhibited later in Stockholm (2006), Seoul (2008), Hanoi (2009) alongside workshops.

After a participation at the 2010 Videoholica International Video Art Festival in Varna, Tempography is presented in Sofia with an exhibition-office of the project at Vaska Emanouilova Gallery, where the artist is present for discussions and workshops, and with two public screenings and talks, organized by Open Arts Foundation at Sklada, Sofia and at artnewscafe, Plovdiv.

The visual identity of the project in Sofia and the design of Tempography’s office are made by Poststudio, in collaboration with Collective Transformatori.