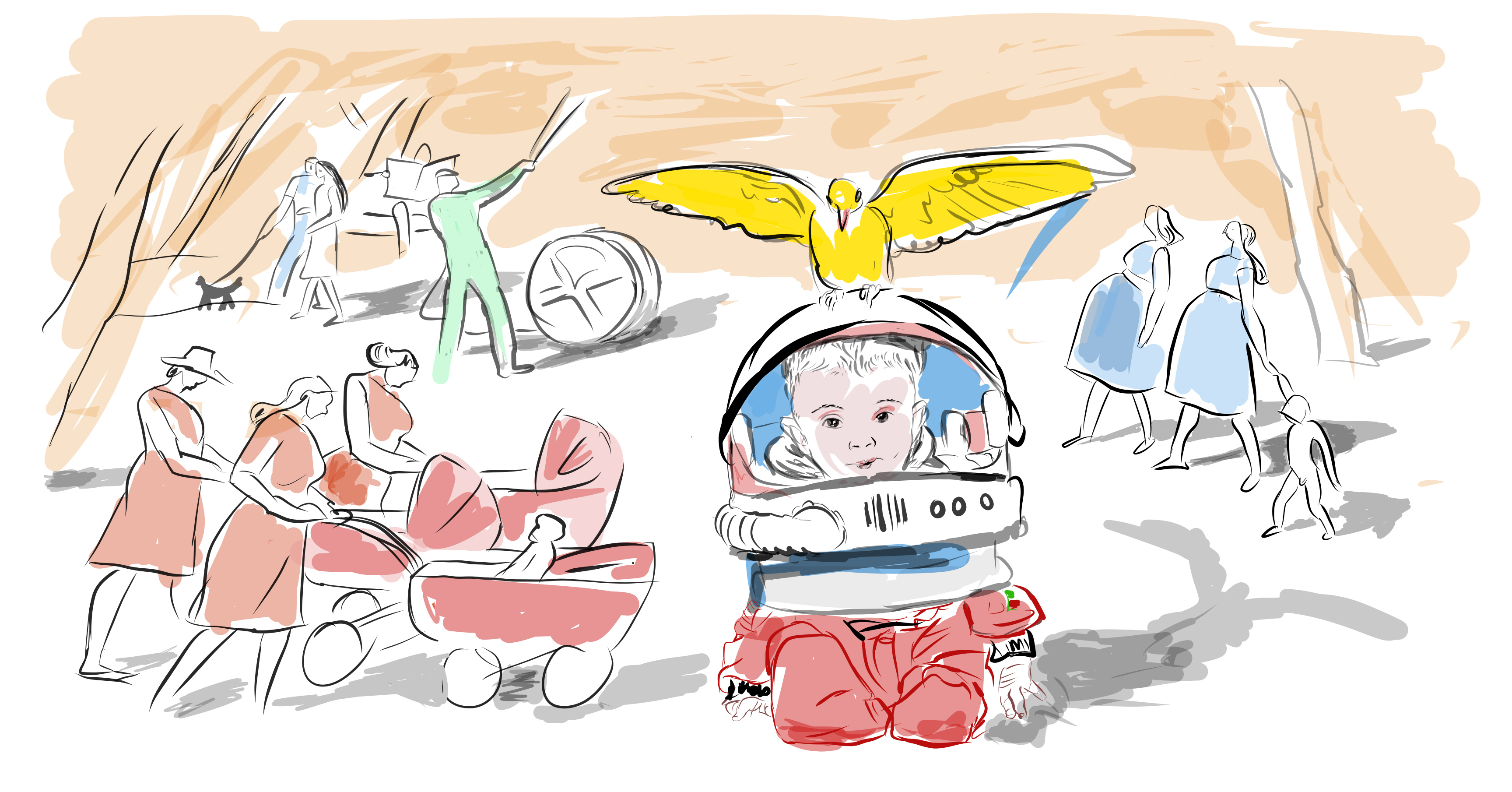 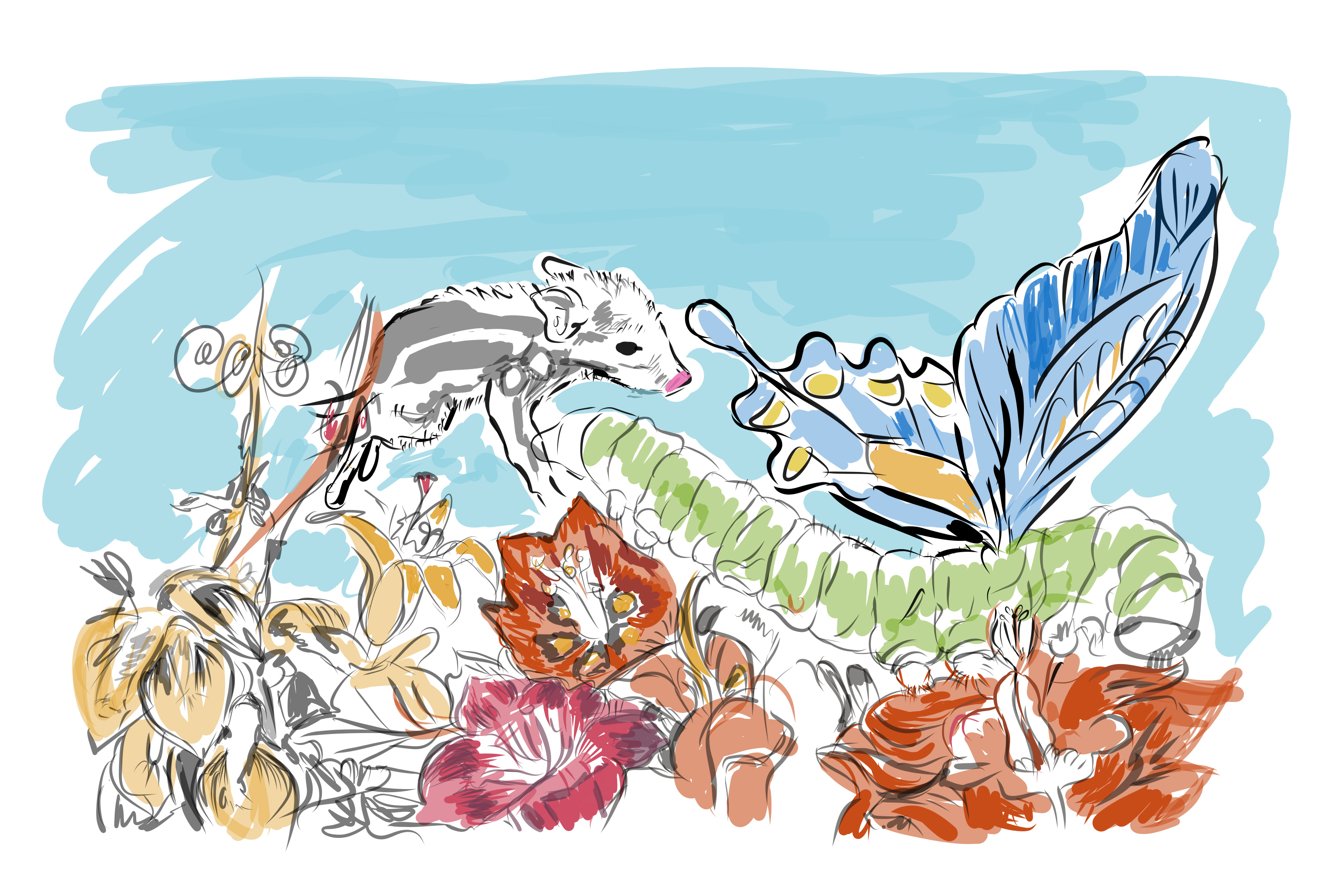 
Manifesto of Happiness, 2021 by ULTRAFUTURO was published in December 2021 by Open Arts Foundation as a part of the last Phase VI of the multi­genre visual art situation Future Unforgettable, curated by Vesselina Sarieva.

Boryana Rossa shares the following about the work:

The text "Manifesto of Happiness" came about after conversations about the meaning of life, its brevity and the importance of art. The manifesto is undoubtedly inspired by our stay in Balchik this year (2021), by the sun, the sea, the beautiful birds flying outside the window, in contrast to the typically gloomy TV news on Bulgarian television, in addition to the catastrophic situation in the world during the second year of the pandemic.
The sense of being on the tiny island of an earthly paradise, isolated from the horrors of the collapsing world order and the vile anti-human race between the various vaccines etc. We felt like creating a comfort zone, at least in the territory of art. An outlet, a place where we could relax, catch our breath after the lockdowns, the deaths and the absolute uncertainty of the future.
It seems to us that what is really important right now is to find a way to confront the total nightmare of this world, to find a remedy for depression and despair. But it should be noted that, right at the very beginning of the pandemic, we had ideas of a 'magic' solution to the problems associated with this situation. Partly, the realization of these thoughts had a place in the interactive ZOOM performance "Anti-coronavirus Vaccination Dome" 2020 with the participation of artists such as Selma Selman, Peter Lee, Voin de Voin, Yasen Zgurowski, Patrick Boehmke, Alexandra Kulik, Shuang Liu, Antonia Pashova and Martina Stefanova.
In the performance each participant had to invent a "magical" cure-performance against COVID-19. It should be noted that the performance itself, which took place about six months before the first vaccine appeared, referred to the strange behavior of some well-known artists in this situation, namely Elena Kovylina, who claimed to possess a magic technology that prevented the disease. It was a special device that she wore constantly.
At first we thought it was crazy, but then we decided that such a belief in something strange, in something like a techno-Placebo was not without meaning and could even save believers from contagion by mobilizing the powers of the body. These of course were our thoughts during the uncertainty and chaos before the development of vaccines.
Then it suddenly became obvious to us that even a strange tool like this pseudo-device gives one hope and we simply have no right to criticize anyone for that.  In the end, everybody lives as long as they can. Later, unfortunately, it turned out that the people who adhered to this new strategy were by no means so innocent because they joined the army of anti-vaxxers. So on the basis of all this the manifesto emerged as a means of breaking the grim deadlock.
Later on, now in 2021, we started to think about what this territory of art could be so it would separate us from the gloom, what are the artistic problems which this art possesses, and how this whole idea relates to the broader context of happiness beyond the specifics of the pandemic. We have described these problems of art in the manifesto itself. The manifesto is also a logical extension of all the other manifestos we have written relating to equality and anti-discrimination. It is indirectly linked to technology, if we think of it as a method, 'magic' or even rituals, and not so much as technical inventions. Rather, perhaps, the manifesto reveals an aspect of our thoughts and work that is not visible enough in our previous works and reflects our love of art that speaks of friendship and kindness, through images of sympathetic and kind objects and characters. In the illustrations we have included images from childhood favourite films and artists which have inspired, soothed and created a sense of comfort and happiness in our early childhood, when we felt as lost and scared, as we did in the moments of chaos and uncertainty in adolescence or more mature ages. 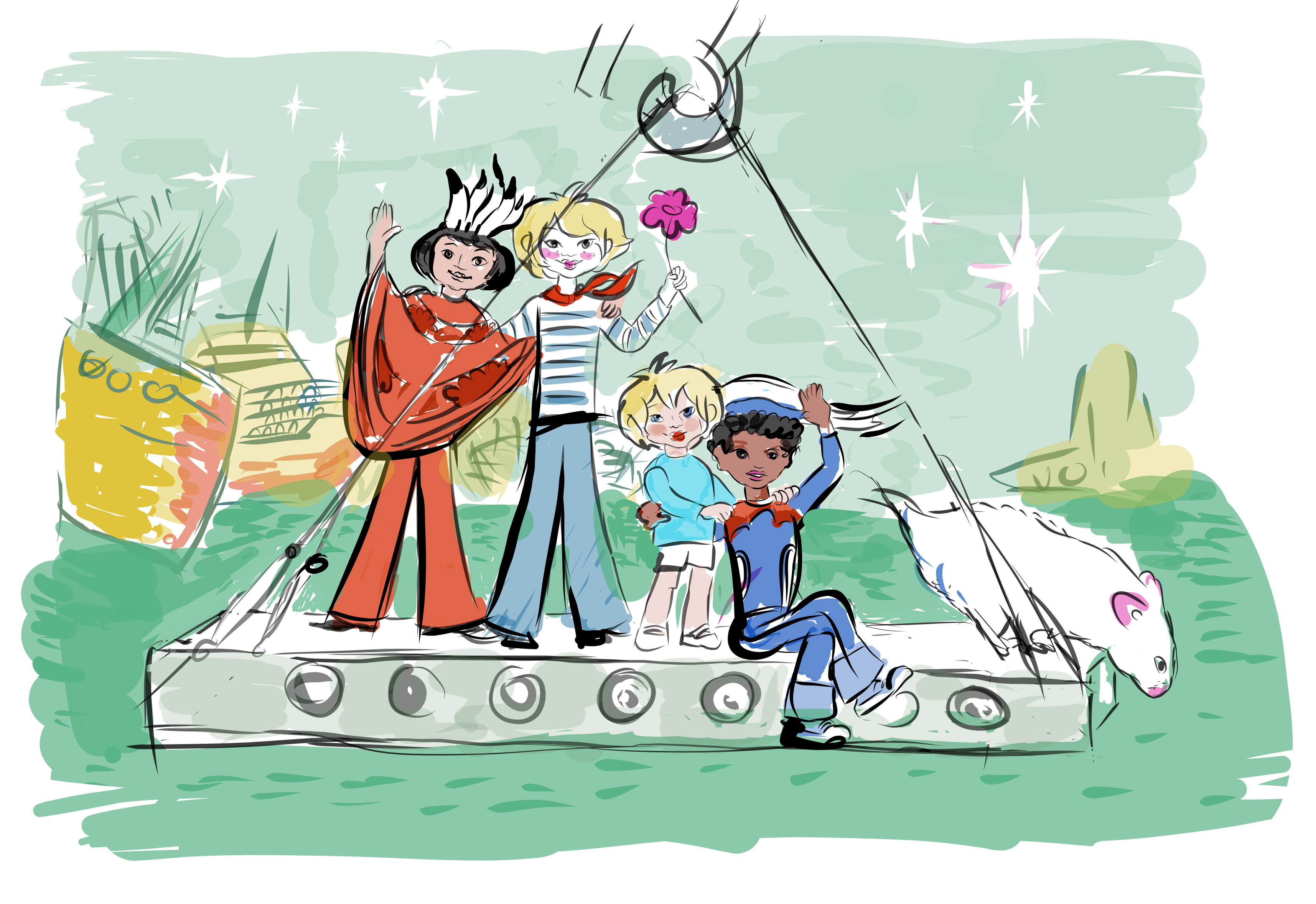 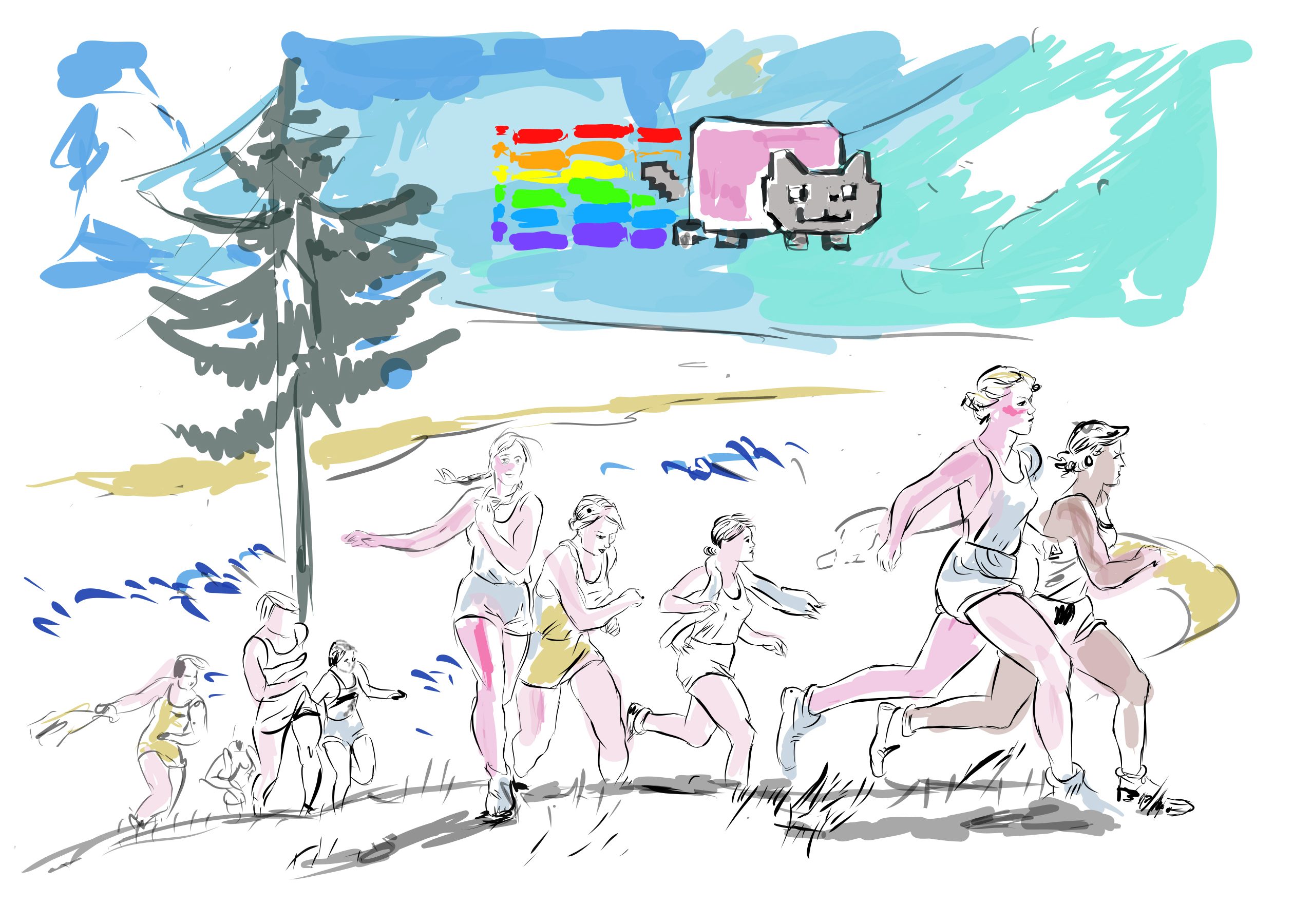 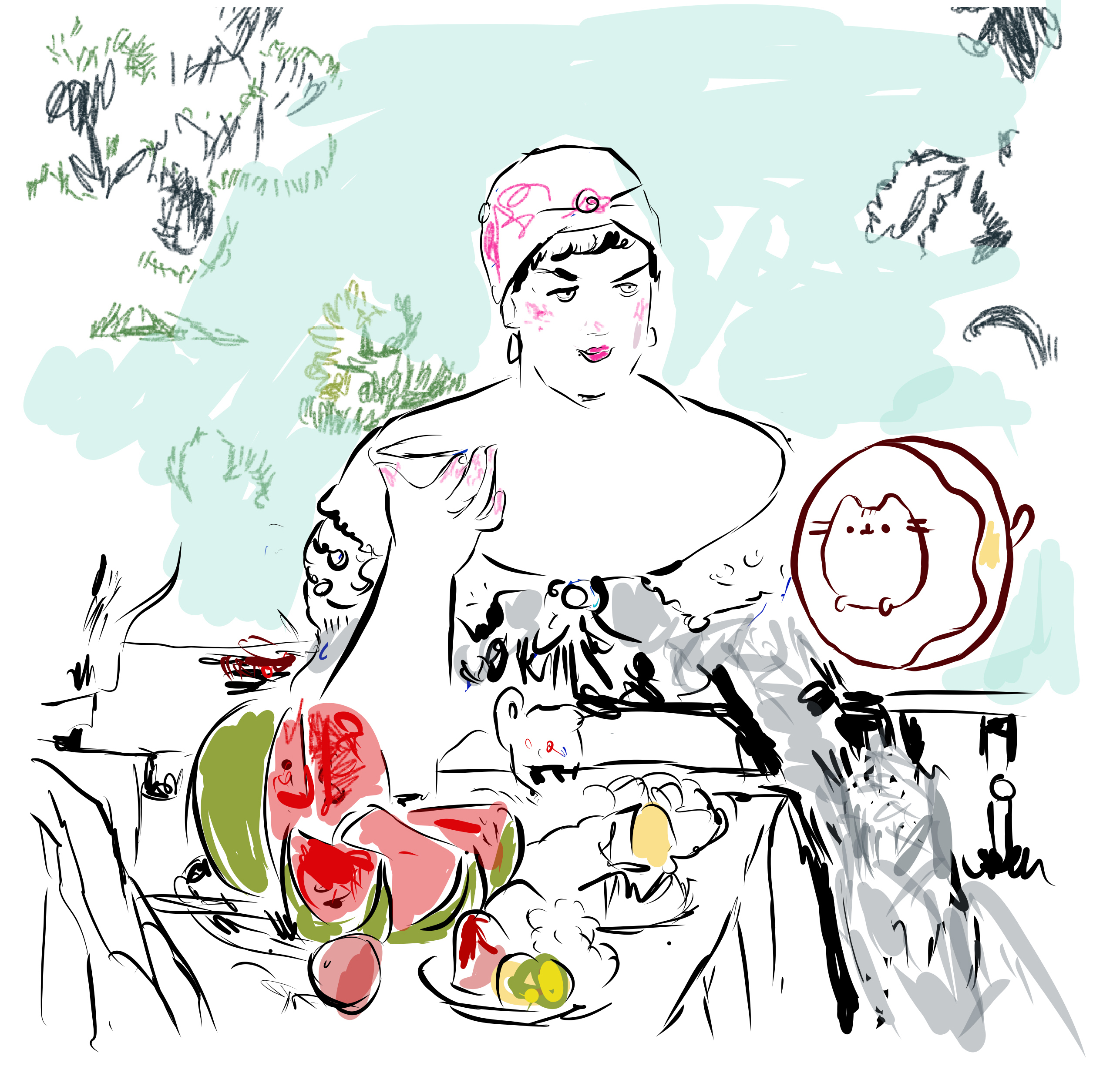 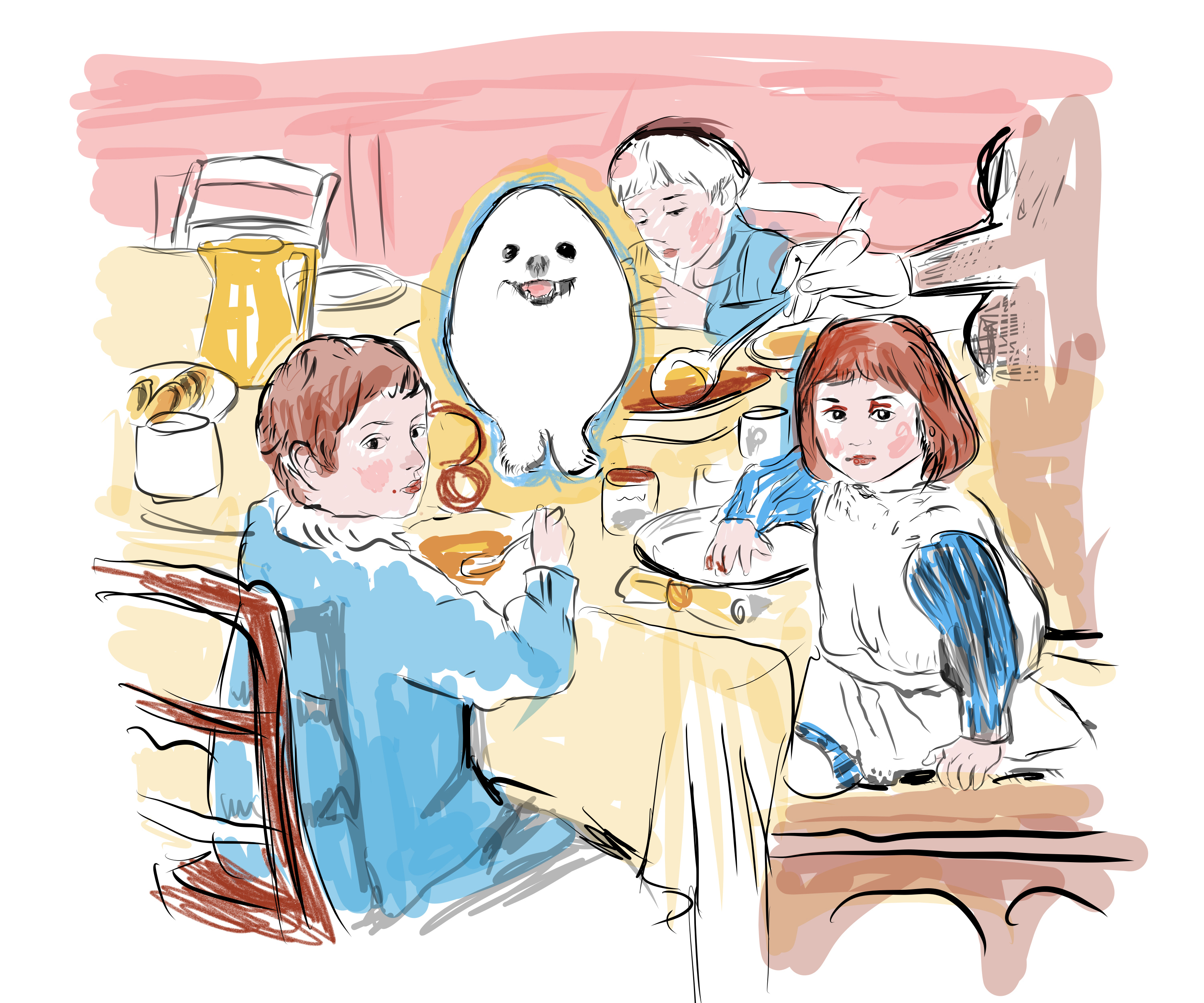 More about the sixth phase of Future Unforgettable can be found here
www.futureunforgettable.com

The basic line of conceptualization and development of the FUTURE UNFORGETTABLE phases is available here:
www.futureunforgettable.com.
Future Unforgettable Instagram account provides information on the concept, the artworks and the artists
www.instagram.com/futureunforgettable