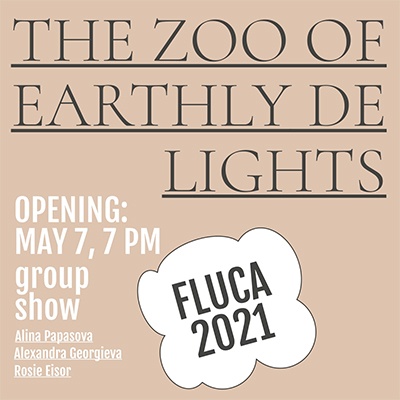 We are opening FLUCA 2021 with a party of archetypes, metamorphoses and modifications rooted in mythology. The zoo where we will meet has been created by Rosie Eisor, Alina Papazova and Alexandra Georgieva - sa6ettu.

The three Bulgarian artists, invited to present a joint show project at the opening exhibition of FLUCA: Austrian Cultural Pavilion Season 2021, produce an easy-style psychedelic zoo, a zone of escapism and laid-back punk.

In an oppressed natural world, everyday life brings the spitting of poison and the rebirth of butterflies and flowers, there are talks about the approaching time of Apocalypse.  Wishing to escape the present-day "miasmas and boils" that have affected every aspect of our social lives, the artists provide a formula for transformation through the logic of mythology and psychoanalysis that involves animal and zoomorphic imagery trapped in a cage. Or is the cage a place of escape, or a metaphor for contemporary existence?

The three have co-created an installation that merges the boundaries between synthetic and organic through the tools of illustration, painting, ceramics and textiles, with abundantly used styrofoam, acrylic and plastic, and wrapped in metal mesh. This environment is in fact the setting for a party just beginning, but a party involving genetically modified and mythologically created organisms.

Miasmas and boils, dagnabbit and barnacles, I’ll get him!*

In addition to the art project, which will reside in the space of the container itself through May, during the upcoming 2021 season the artists will enhance the plot by bringing in the three "enzies" - the urban furniture that has become emblematic for its design and placement in the courtyard of MuseumsQuartier in Vienna, and around FLUCA.

The opening is on May 7, 2021 from 7 pm with a musical party program, and in the presence of the artists, the curator and the organizers.
The opening party with DJ Robothko and Aliks Akantha starts at 6 pm.

Rosie Eisor is a visual artist living and working in Sofia. She graduated with a BA in Scenography from the Academy of Fine Arts in Florence and an MA in Visual Arts and Curatorial Studies in Milan. Her interest was drawn to diverse printing techniques, limited editions and punk culture. Co-founder of the Blood Becomes Water collective. She works in the field of contemporary art and illustration, graphic design and independent publishing.

Alina Papazova was born in Sofia in 1993, where she is currently based. She works in the field of ceramics and illustration, experimenting with many other forms of visual art. She graduated with a BA in Graphic Arts and Illustration and a second degree in Ceramics and Porcelain from New Bulgarian University, as well as an MA in Ceramics and Porcelain from the same university, and has been a part-time lecturer there since 2020. The images she creates have been symbolically influenced by various cultures, mostly Eastern, whose history Alina has been studying with great interest and respect. By placing herself in the context of their world, which is diametrically opposed to modern life, she creates a process of incorporating some of their core teachings into her own culture.

Alexandra Georgieva, better known as @sa6ettu on social networks, was born in 1997 in Sofia. She graduated from the National Academy of Art with a degree in Book and Printmaking in 2020. As a visual artist, tattooist and freelance illustrator with an affinity for a variety of art forms, she has worked on many different projects. The main focus of her work is irony and sarcasm that she visualizes by means of various art media - textiles, illustration, printmaking, design, ceramics, screen printing and zines. 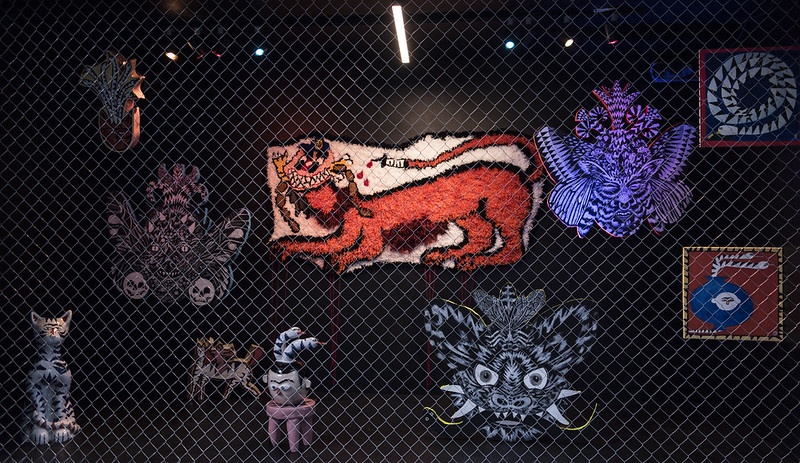 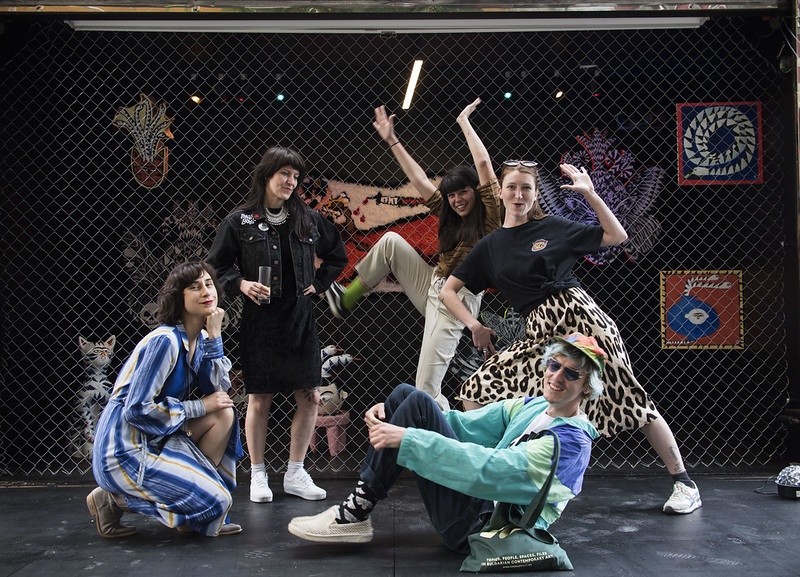 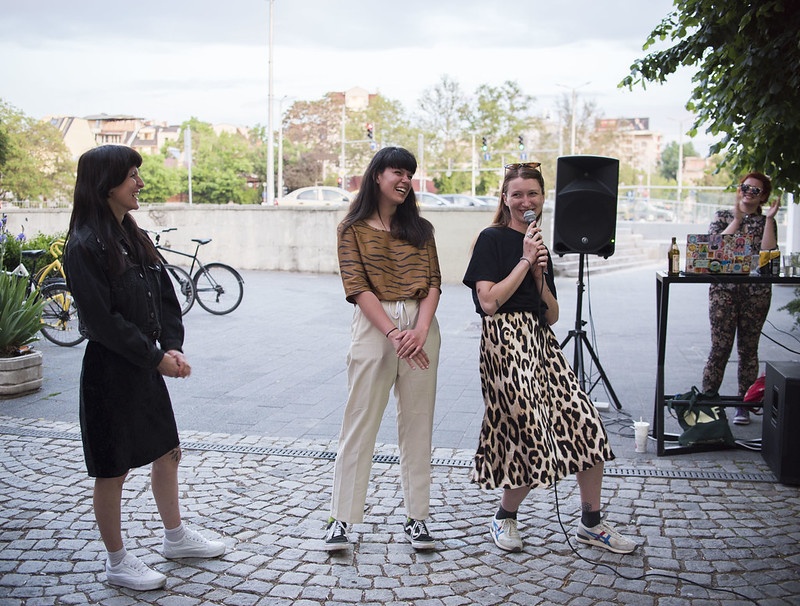 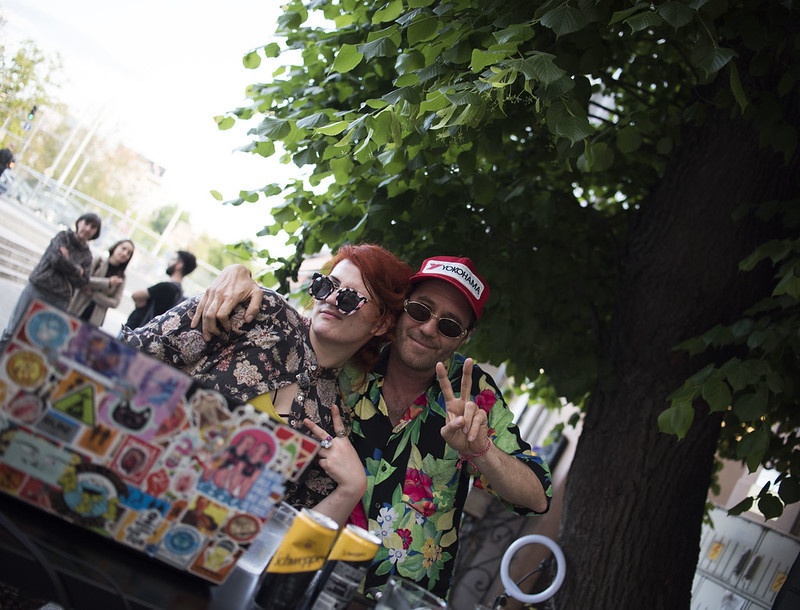 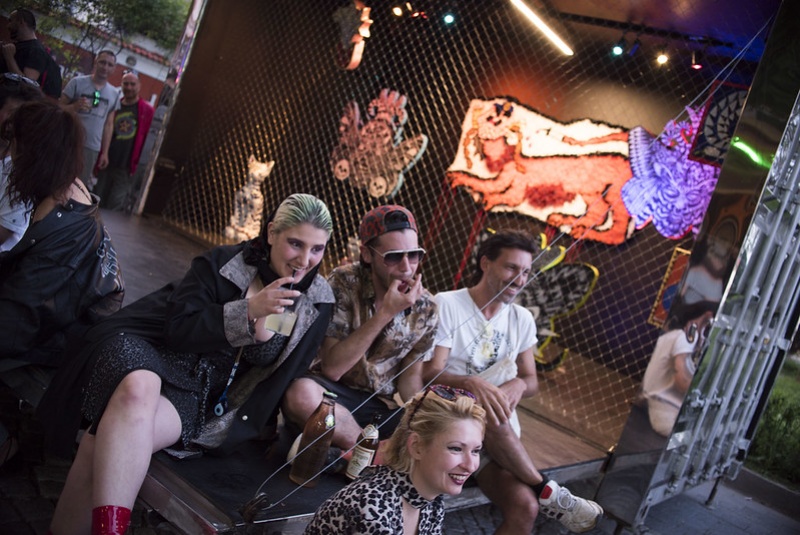 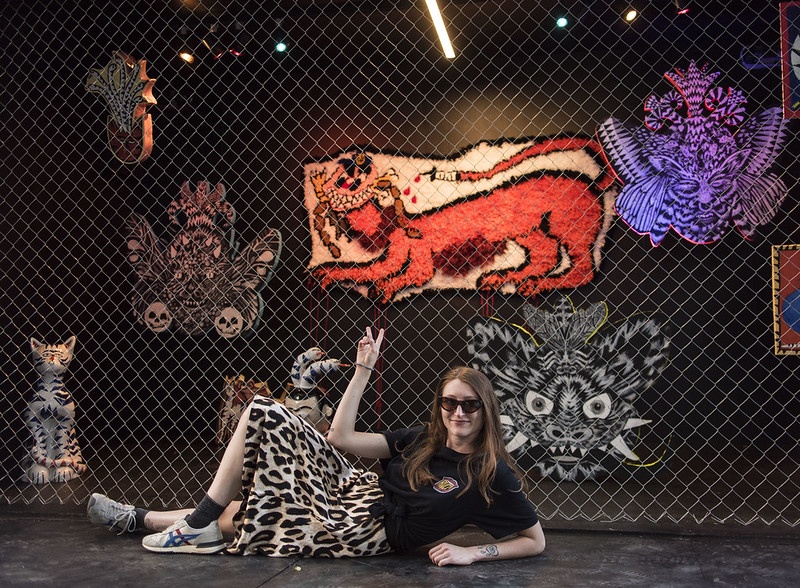 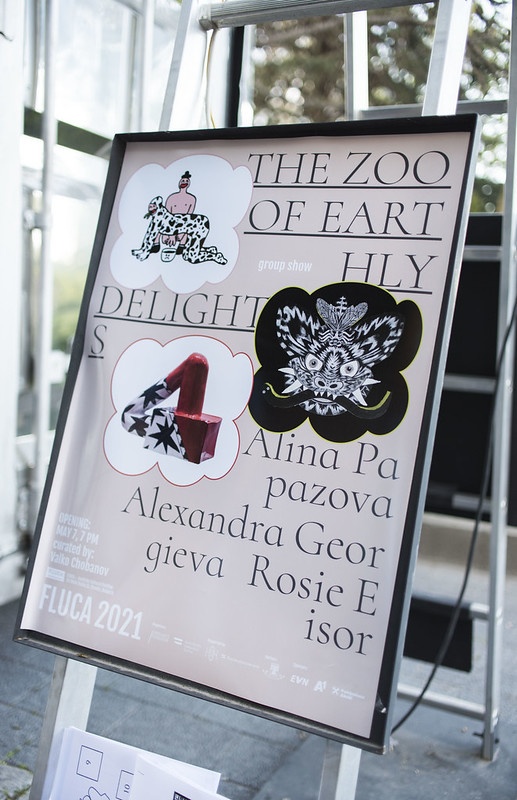 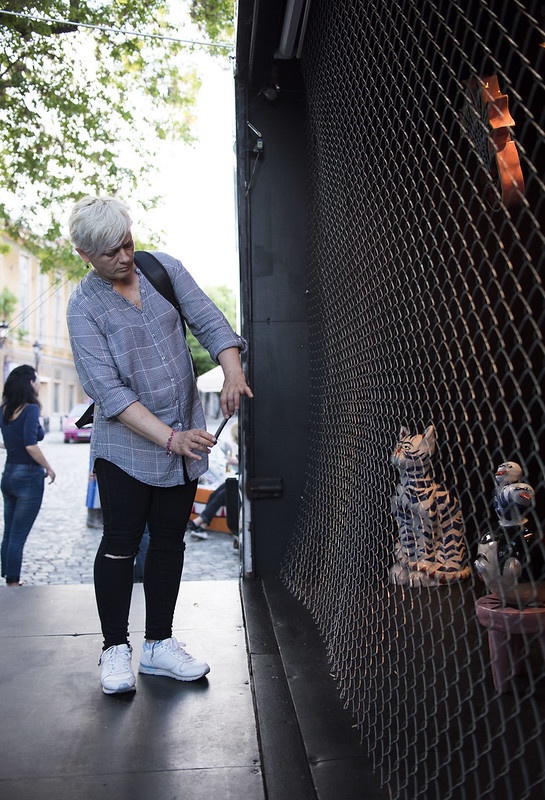 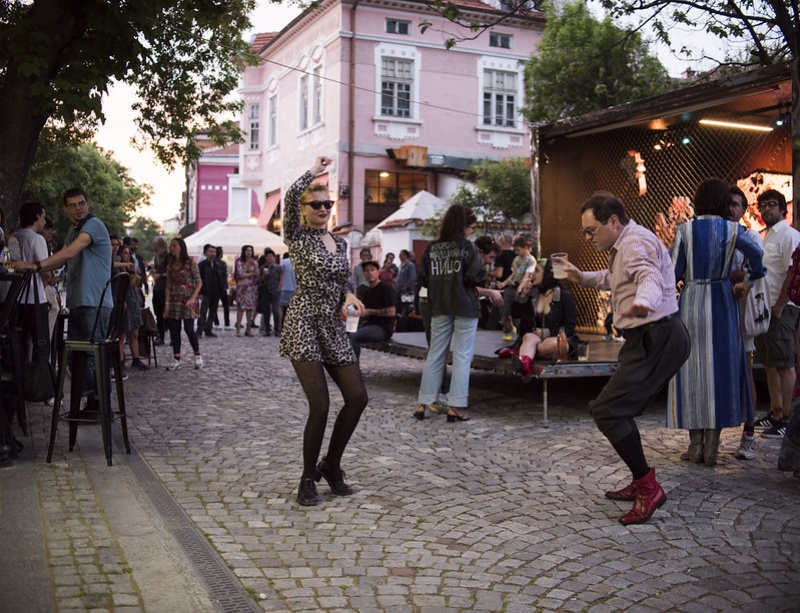 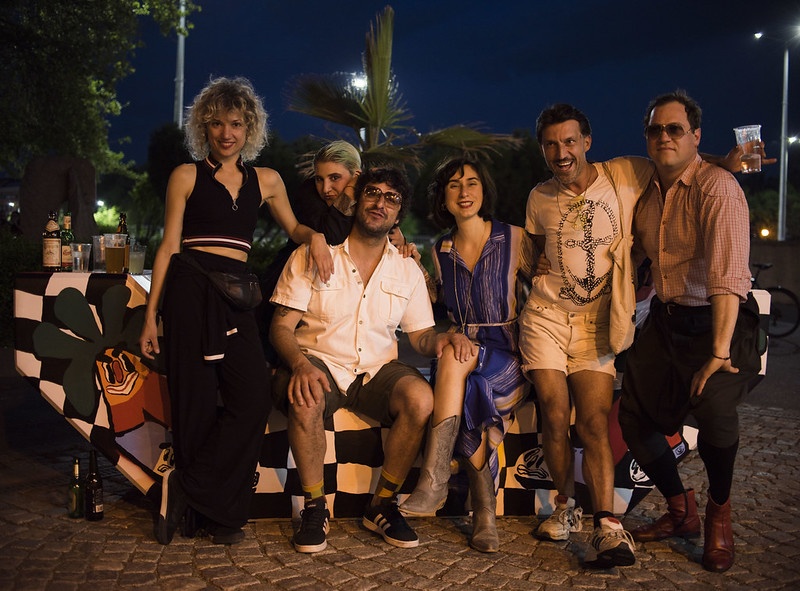 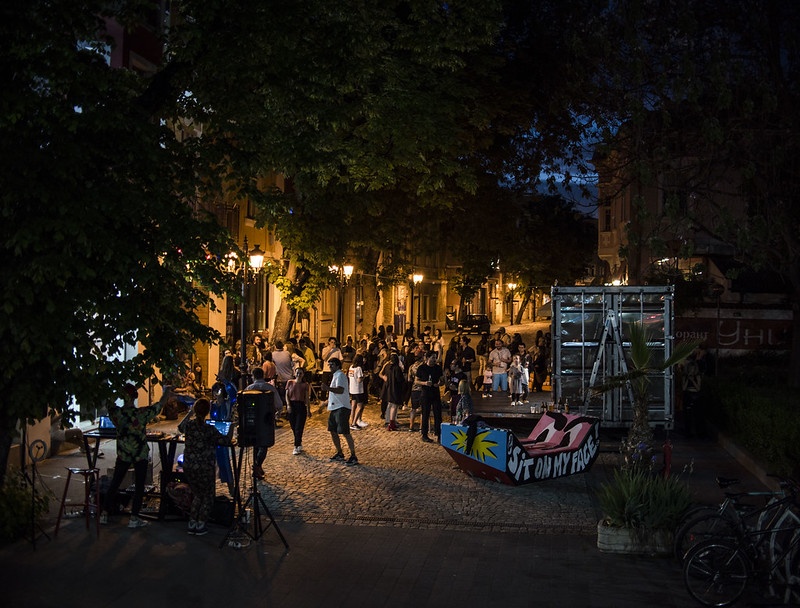 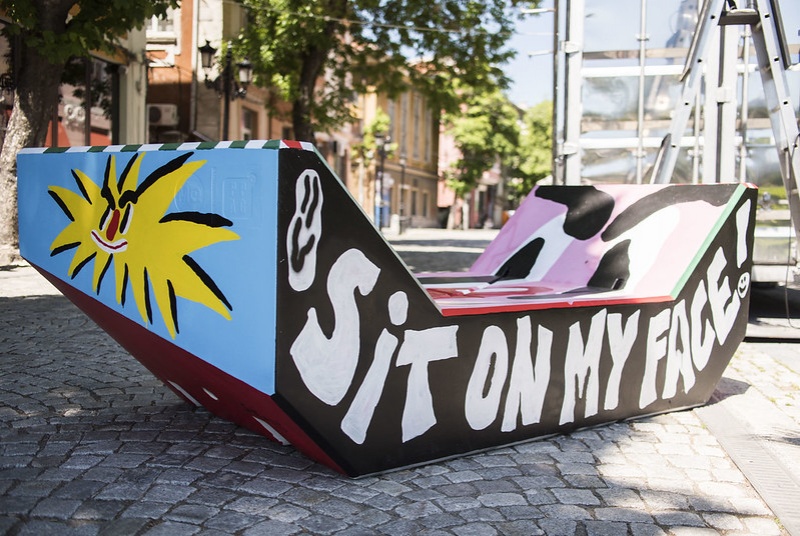 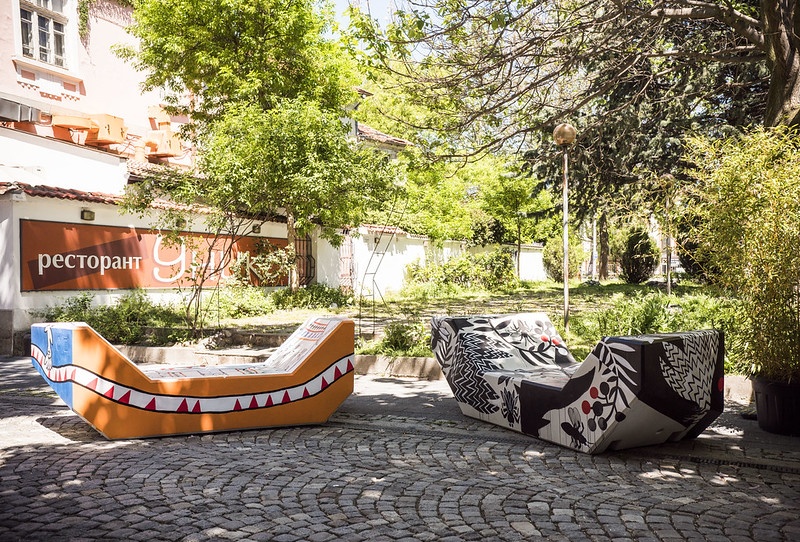 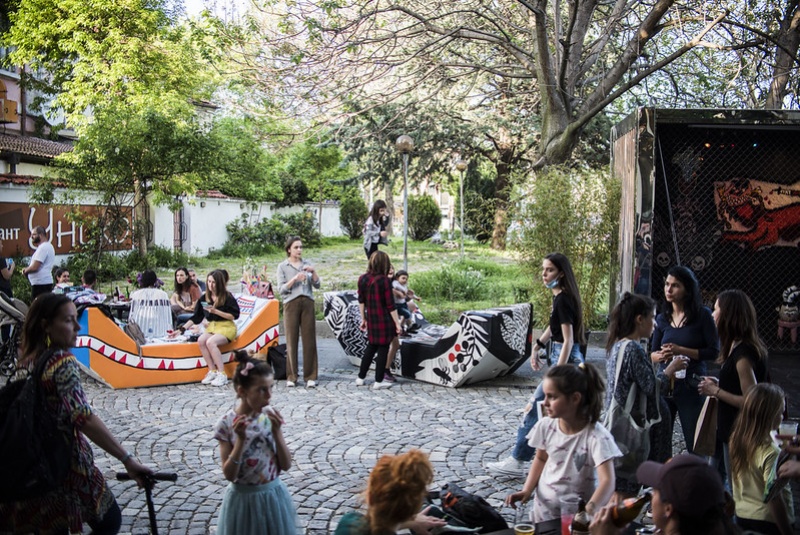 * FLUCA - Austrian Cultural Pavilion will be open every day from May to October, 2021 between 2 pm and 10 pm.