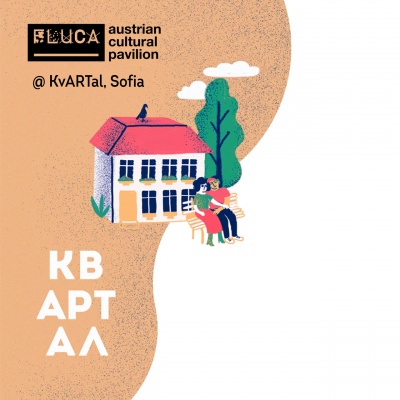 A thing that looks like another thing
group show

The exhibition will feature three artists who had previously shown work on the FLUCA stage:

Kamen Stoyanov with an oil painting that was created in FLUCA as part of his first performance "Art Is A Weapon" in 2017, in which the audience participated in the shooting of the painting with a homemade wooden rifle, and the best shooter took the picture as a reward.

Krasimira Kirova, who continues her line of work in the field of textile art, which she showed in FLUCA during the exhibition of "Particular impulse" in 2020. In this exhibition, she will show a series of embroidered self-portraits, created with radical love for herself.

Mitch Brezounek, whose work can be seen in the parallel exhibition "4alga Punk", is showing an unseen work  "Long life for a kebab" (2019) - originally designed as a sticker to be pasted in an urban environment that never got pasted.

The exhibition will also feature three artists who have never exhibited at the stage of FLUCA:

Trifon Tashev - with a series of digital drawings, originally created to function as covers for his music.

The Austrian-based artist Luīze Nežberte with her video work "I lived in Bratislava for a month and did only this nonsense".

And a new series of paintings by Magdalena Gincheva, who focuses on the idea of the emergence of homo sapiens, like a bad joke and crushed laughter, coinciding in front of a door.

"A thing that looks like another thing" focuses on gestures questioning how we determine the value of an artistic product.