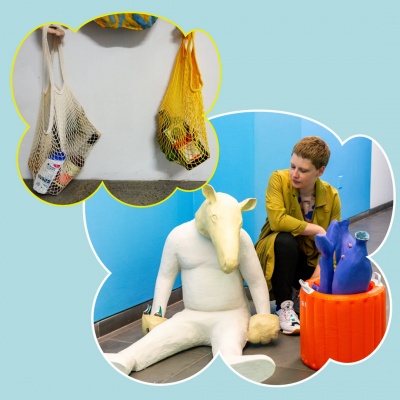 When in 1933 Donn Beach served his first of many highly elaborate rum cocktails in an old tailor shop in Hollywood, decorated with crusty décor from his travels, not only was the very first Tiki cocktail born but also the notion of Polynesian Pop as a style of interiors became popular. It wouldn’t take long before bars like “Don’s Beachcomber” were spread all over the world, just as it wouldn’t take too many decades more until they had disappeared again; too complicated and fuzzy for a new generation that preferred pre-packaged sour mixes and pre-juiced lemons with long shelf lives and too old school for a crowd that didn’t need to dream so much about the places Tiki promised but who could actually travel there.

The cocktail “revolution” of the early 2000s finally also made its way into the rediscovery of the complex recipes of Tiki, and with the bar world newly embracing the old flavors came the rather stunning and strange embrace of those Old Hollywood exotifying Polynesian Pop décor.

The exhibition “Paved Paradise” by Austrian artist and cocktail enthusiast Gabriele Edlbauer is highlighting the cracks in the façade of Tiki and asking questions that the movement would much rather have swept under a colorfully woven straw rug.

Gabriele Edlbauer (born 1988 in Linz/Austria) received her BFA at the Royal Institute of Art Stockholm in 2011 and her Magister at the Academy of Fine Arts Vienna in 2012. She has been teaching at the University of Applied Arts Vienna and at the University of Arts and Industrial Design in Linz. Edlbauer has participated in numerous exhibitions and residency programs nationally and internationally i.e. Lulea Biennial in Sweden, ACFNY and Luckman Gallery in the US, Dortmunder Kunstverein Germany, ok and Belvedere 21 in Austria. Awards and Stipends include BA Mehrwertpreis (AUT), Sigrid Fridmans Fond (SWE), Startstipendium (AUT), Talentförderungsprämie (AUT) and Karl Anton Wolf Preis (AUT).

FLUCA – Austrian Cultural Pavilion is a long-term cultural project – an initiative of the Open Arts Foundation (Plovdiv), the Austrian Embassy in Sofia, supported by the Austrian Federal Chancellery and the Municipality of Plovdiv.
In 2021 FLUCA is supported by the National Culture Fund – Annual Program for Support of Professional Organisations in the Field of Arts.
Partners of Fluca – Austrian Cultural Pavilion are traditionally artnewscafe and Sariev gallery, Plovdiv.