The theme of the festival Otets Paisiy Street from 2012 was TEXT. curators at the time were Victor Yankov and Krum Filipov. According to their concept, for a few days Otests Paisiy Street became a laboratory for texts from different levels, an artistic mixture of texts of “higher” and “lower” order, and the forms of expression were theatrical laboratories, performances, exhibitions, one-man shows, literary readings, film screenings, etc. 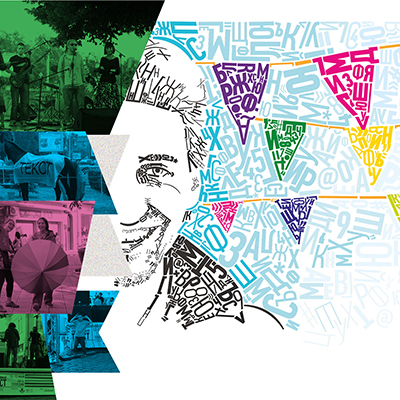 For a third consecutive year a single street becomes the subject, scene and focus of numerous city events during May 11 to 13, 2012. This is Otets Paisiy Street in Plovdiv.

The Festival “Otets Paisiy Street –TEXT” is the third edition from the annual project Otets Paisiy Street which began in 2010. In the first edition Open Arts Foundation organized a three-month cultural festival, in the form of a big research project with two exhibitions “The Street Now” and “The Street Before” and a focus-event “Weekend fest”. In 2011 the motto “Otets Paisiy Street – The parallel city culture – Overlapping” narrowed the time focus of the event to a weekend festival with 48 diverse events on 36 locations in the street.

The changing of the format and the subject focus of Festival Otets Paisiy Street in reaction to the living city environment is the festival’s main distinction through the years and its mission is to stimulate and point out the city’s new activities. In 2012 Open Arts Foundation puts the focus on the topic of “TEXT”. As curators of this year’s Festival Otets Paisiy Street – Text are invited Krum Filipov and Victor Yankov. Their idea is to transform Otets Paisiy Street into a laboratory for texts for a few days. By building a multilayered situational environment the text turns the Street into a dialogue. The dynamic transformations of texts from different levels along the street will represent a particular “carnival” feeling, artistic mixture of texts from “high” and “low” line. The inter-textual bridges in the traffic along the street are the more interesting route of the cultural identification and spirituality and the text will become a provocation for everyone who can work with it.

The festival involved 35 projects of over 70 artists from different fields of art. They presented and arranged the text in different genre projects - rock concerts with poetic reading, discussion of the dossiers, lecture on the letters, lessons in Armenian, food experiments, literary readings, hip-hop performances, photographic and typographic exhibitions, embedding text in a picture, projection of poetic videos on the facades of buildings, multimedia projects, calligraphy and many others.

KRUM FILIPOV was born in 1969 in Sofia, but grew up in the town of Smolyan. He graduated Bulgarian philology from Sofia University in 1995. In 2000 he graduated also “Theatre directing” and “Film directing” from the National Academy of Film and Theatre Arts in the class of prof. Ivan Dobchev. He wrote two books of poetry – “Slammed sky” and “3,14 poems”. He has been awarded prizes in numerous poetry competitions – “Veselin Hanchev” – Stara Zagora, “P.Iavorov” – Pomorie, “Most bright debut in literature” – Bulgarian National Radio, “The annual poetry prize” – Deutsche Velle radio, etc. He is directing shows, documentaries, musical video clips and television programmes, that were listed or awarded in prestigious festivals in Bulgaria and abroad. Since 4 years he has been a director and co-writer of “Metaphor” – a TV show about books and reading on BNT-Plovdiv.

VICTOR YANKOV was born in 1988 in Stara Zagora. He graduated from the Romain Rolland High School in his home town. In 2006 he began work as a host in the regional centre of the Bulgarian National Television and in 2007 together with a colleague created the music radio show “Insomnia”. In 2008 he moved to study and work in Plovdiv where he graduated Political studies. He is among the publishers of “Shut up” newspaper and is one of the writers of the TV show “Studio UNI”. In the last year and a half he has been host and co-writer of the TV show for literature “Metaphor” on BNT-Plovdiv. In the weekends you can still find him among the faces behind the bar in artnewscafé. 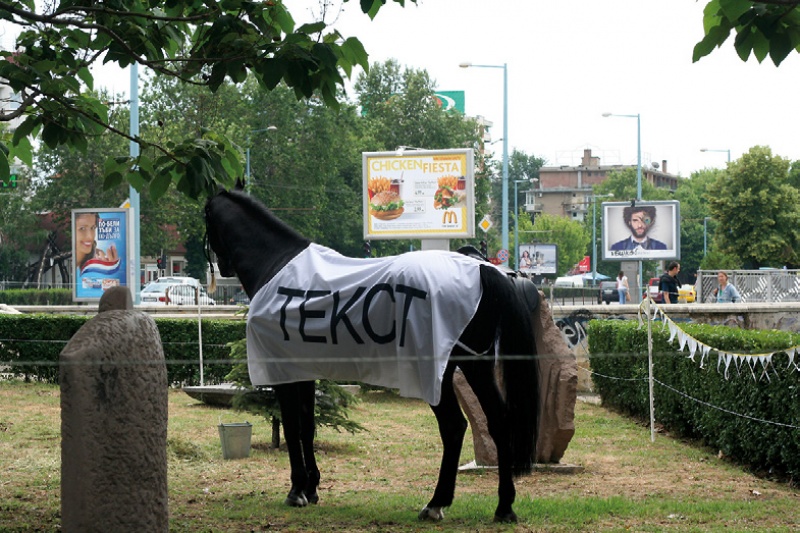 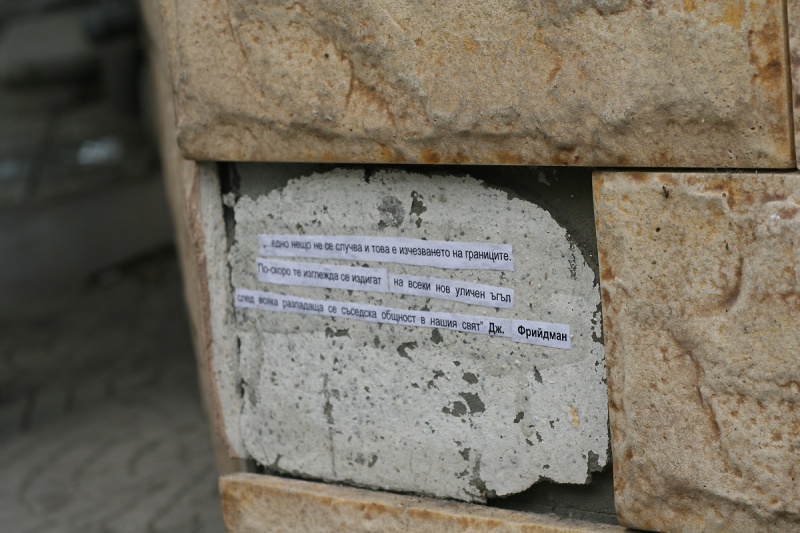 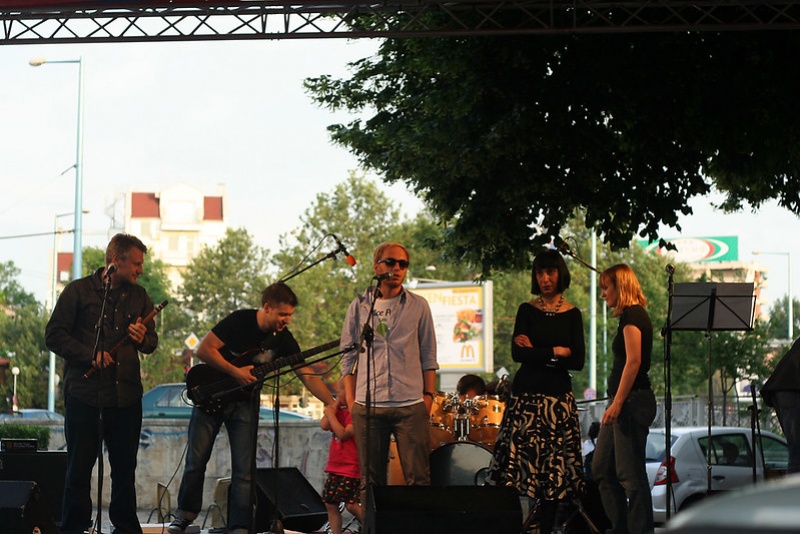 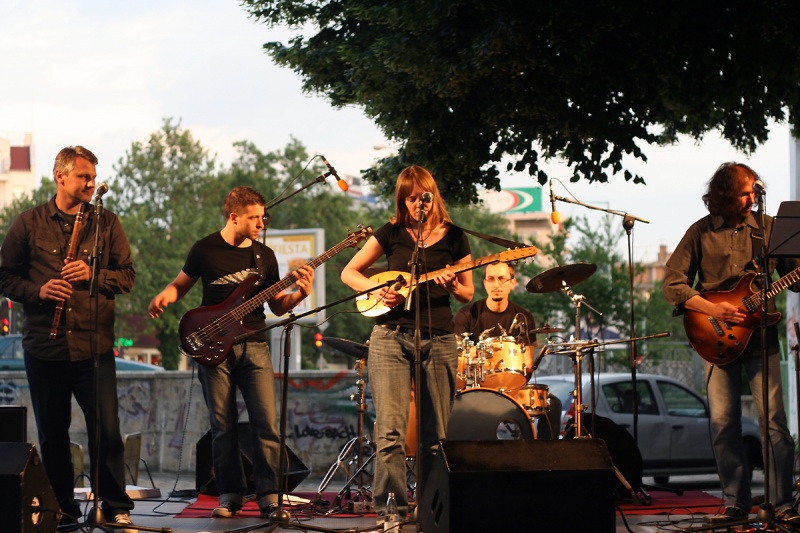 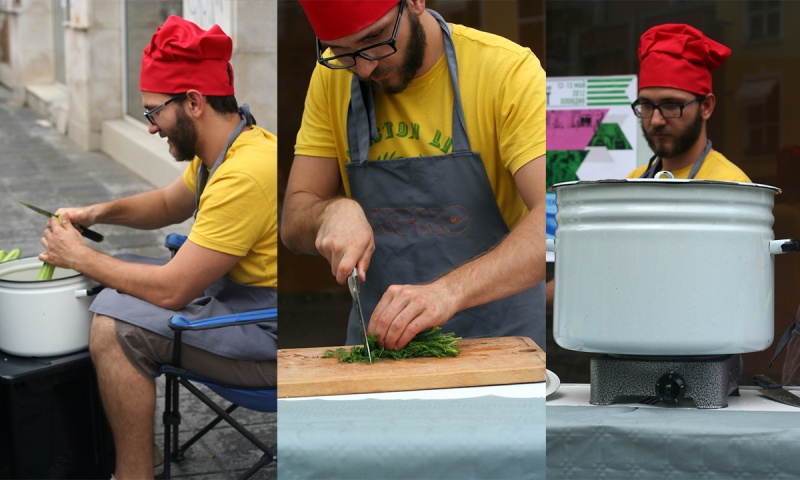 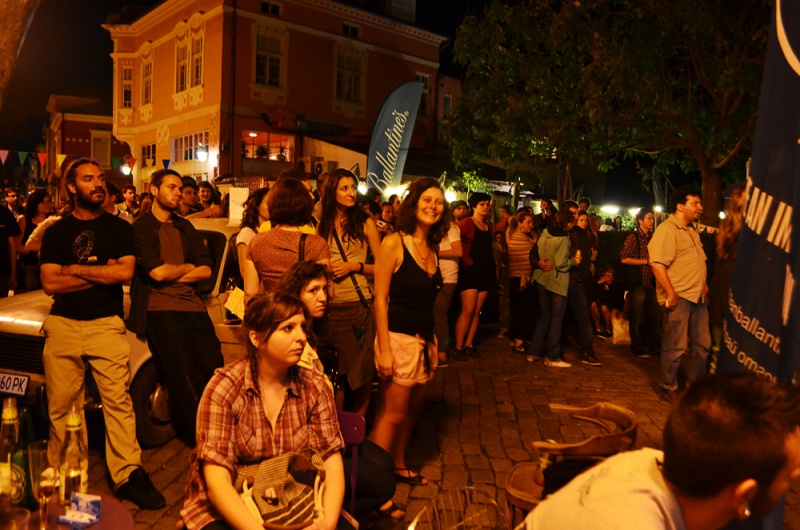 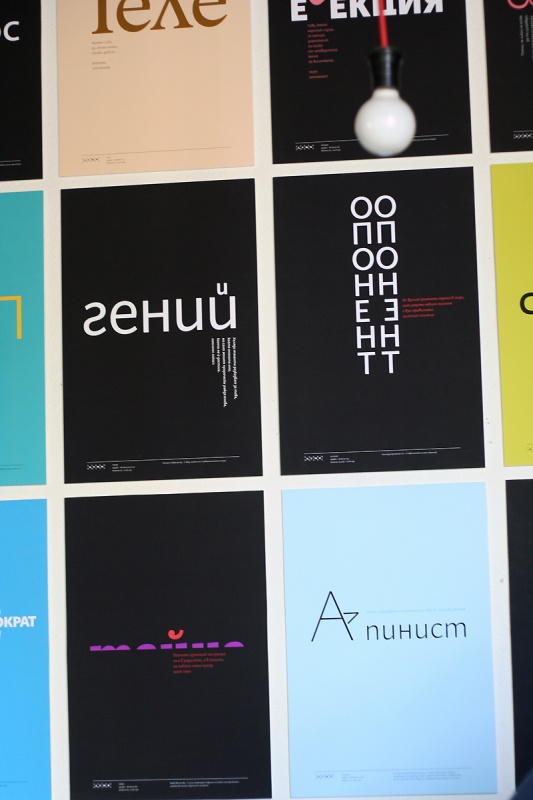 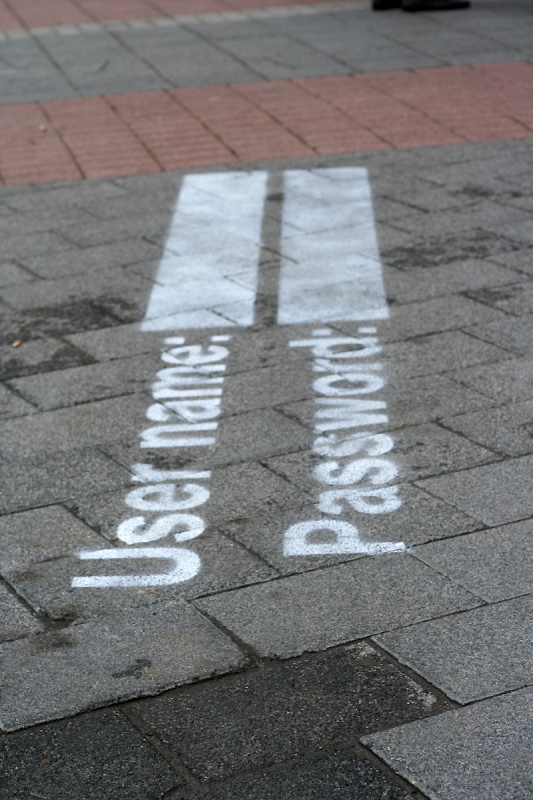 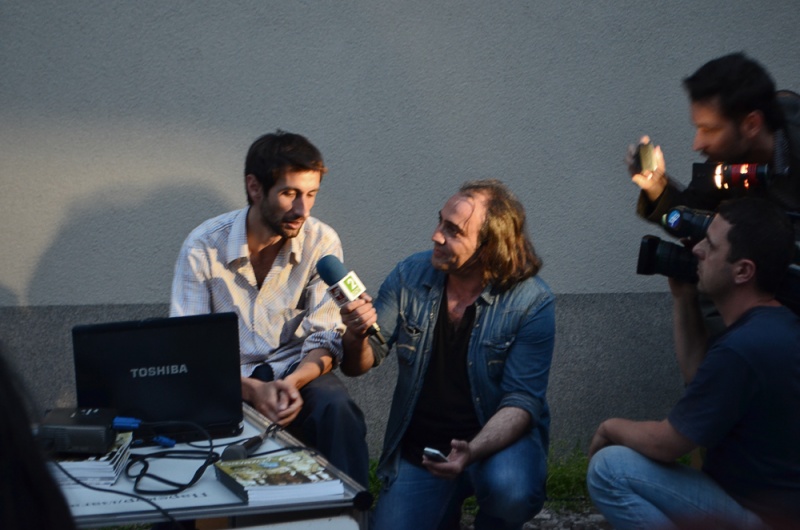 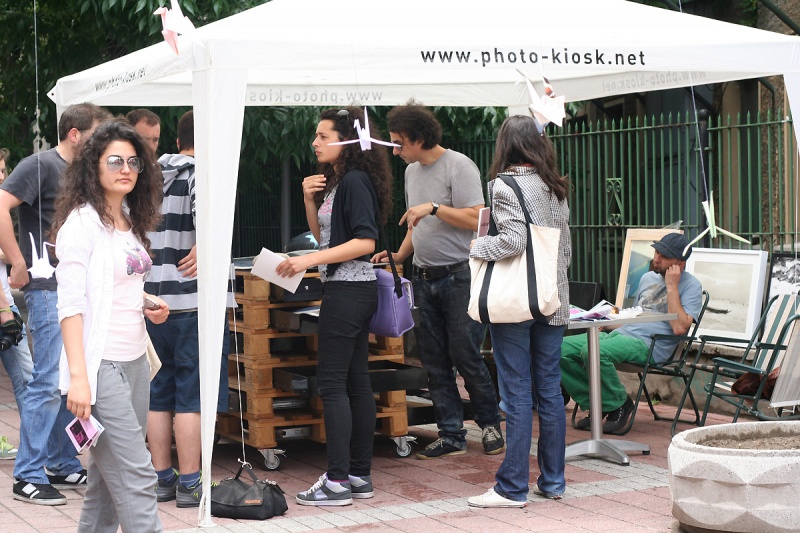 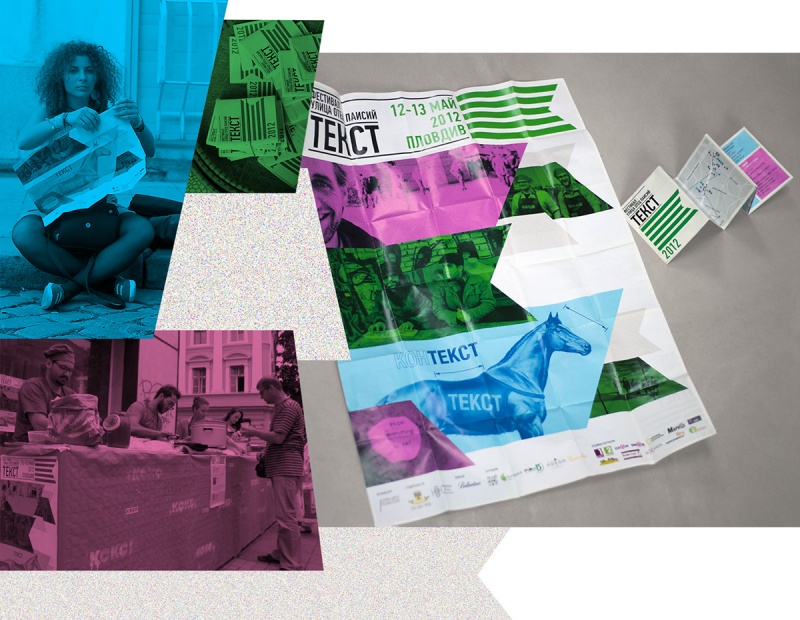 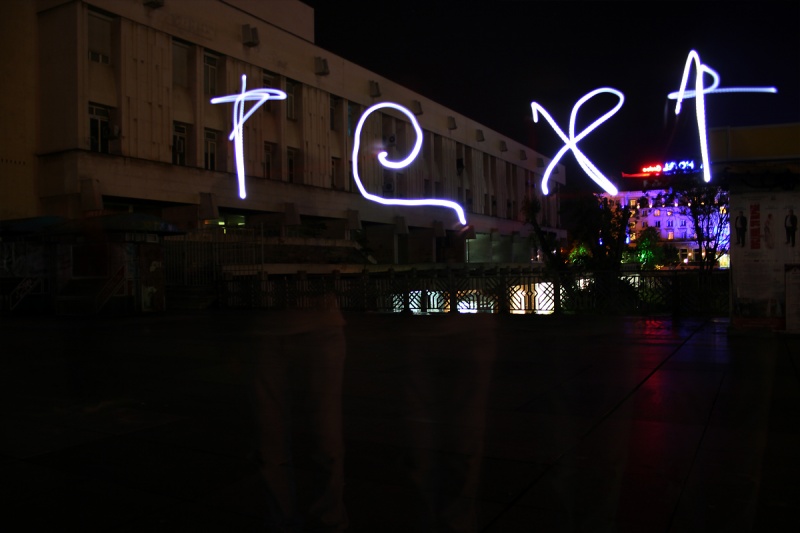