Open Arts Foundation is a partner in the Brittle Power project, which opens season 2021 of Kunsthal 44Møen, a space for international exhibitions in Denmark. 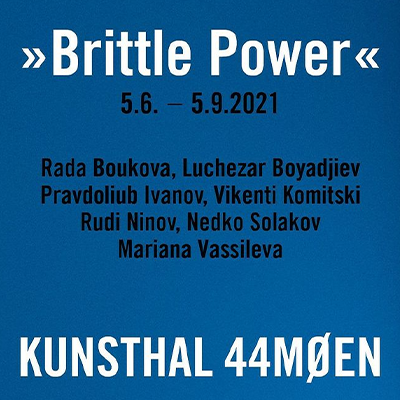 Open Arts Foundation is pleased to be a partner in the Brittle Power project, which opens season 2021 of Kunsthal 44Møen, a space for international exhibitions in Denmark.

Brittle Power is an exhibition and an educational programme for presentation of Bulgarian contemporary art initiated by René Block.

As co-curator, Vesselina Sarieva was invited to implement the educational programme and present the work of the Open Arts Foundation, including the book Introduction to Bulgarian Contemporary Art (1982-2015) and the website Openartfiles.bg – set up as an archive of Bulgarian contemporary art. As part of the programme, a panel discussion with the artists participating in the exhibition and the curators will be organised, and a lecture tour within the exhibition will be held with artist Luchezar Boyadjiev.

The artworks in Brittle Power give a sense of swaying between illusion and reality, discouraged by dreams, assumptions and constructed bizarre utopias. In the materials and concepts used, they travel from past to modern times and playfully explore the principles, structures and vibrations of different roles, times, positions and characters.

Bulgaria and Denmark – two relatively small countries located in the south and north of Europe, do not have much in common, except for their slightly peripheral location within Europe. Culturally, they have undergone a completely different development and have created art scenes that are still relatively unknown to each other. While artists in Denmark have received large state and private funding through the Royal Academy of Fine Arts and numerous museums, institutions, galleries and spaces for contemporary art, the contemporary art scene in Bulgaria has to be established against the massive political resistance and infrastructural deficits of the 1980s. It is precisely this lack of institutions and institutionalisation – even after 1989 – that gives rise to extraordinary collective as well as individual work, leading to strategies for self-institutionalisation and creation of various “individualisms”. While contemporary art in Bulgaria is considered mainly in the context of rebellion and scandal, it has gained international recognition. Starting with Bulgaria’s participation in the Istanbul biennial in the beginning of the 1990s, this led to several endeavours to explore the Balkan region in the early 2000s, namely: in 2003, with two parallel large-scale exhibitions – René Block’s in the Gorges of the Balkans at Kunsthalle Fridericianum, and Harald Szeemann’s Blood and Honey. The future’s in the Balkan at Sammlung Essl in Vienna.

With Bulgaria’s accession to the EU in 2007, the cultural scene in Bulgaria also underwent massive changes with increasing liberalisation; the cultural institutions developed according to the grass-root principle and the collective practices of networking replaced those of existential individualisation. In particular, a lively young and cosmopolitan art scene developed in Plovdiv and Sofia, which is yet to be opened in the north. The official system in Bulgaria also reflected on these grass-root developments and even not as a consistent policy, the Bulgarian Ministry of culture initiated a few times national participations in the Venice biennale.

Brittle Power aims to showcase different generations of artists who have been an example of the development of the contemporary art scene in Bulgaria since the 1980s and to present for the first time in Denmark developing authors together with established representatives of the first generation of Bulgarian contemporary art.

The project is supported by the National Culture Fund – Annual Program for Support of Professional Organisations in the Field of Arts, Augustinus Fonden, 15. Juni Fonden and Vordingborg Kommune.

RENÉ BLOCK is a curator, collector and gallerist from Berlin. He has worked with world famous artists such as Sigmar Polke, Joseph Beuys, Gerhard Richter and Nam June Pike. He is closely connected with the investigation and spreading of the Fluxus movement and has one of the most significant collections of Fluxus artworks. He was the director of the museum Fridericianum in Kassel, Germany. He curated the 4th Istanbul biennale (1995). He is the founder of the TANAS art space in Berlin as well as of Edition Block which was founed in 1966 and is one of the oldest such projects for publishing contemporary art works in limited editions.

Vesselina Sarieva is an author, art manager, gallerist, curator, art consultant. She is active in the fields of contemporary art, literature, urban development, art spaces. She is the co-founder, together with Katrin Sarieva, of a cluster of organisations connected in a common ecosystem: Sariev Gallery, Plovdiv since 2004, Open Arts Foundation since 2007, artnewscafe, Plovdiv – a café and community centre since 2008, and an open mobile stage for art and culture FLUCA since 2016. Some of the well-known projects initiated and developed by Sarieva are the Night of Museums and Galleries Festival (2005-2019); the educational platform Introduction to Contemporary Art (since 2011); Focus Bulgaria at viennacontemporary 2015; the www.OpenArtFiles.bg web portal; artnewscafe bulletin (since 2008).

Kunsthal 44 Møen is an international exhibition space located on the island of Møn, in southern Denmark. The kunsthalle was established in 2008 by German curator and collector René Block in close collaboration with a group of friends with tight ties to the island: Danish artist Bjørn Nørgaard, Danish experimental composer and Fluxus artist Henning Christiansen. Since its foundation, Kunsthal 44Møen has been presenting an ambitious exhibition programme featuring both emerging and well-established artists from Denmark and abroad. The kunsthalle’s program reflects its founders’ legacies such as FLUXUS, the Copenhagen School of Painting (‘Ex-Skolen’) happenings and experimental music, and is supplemented by a rich public program including talks, performances, concerts, and educational activities. Kunsthal 44 Møen runs a program of residencies for artists, curators and researchers. 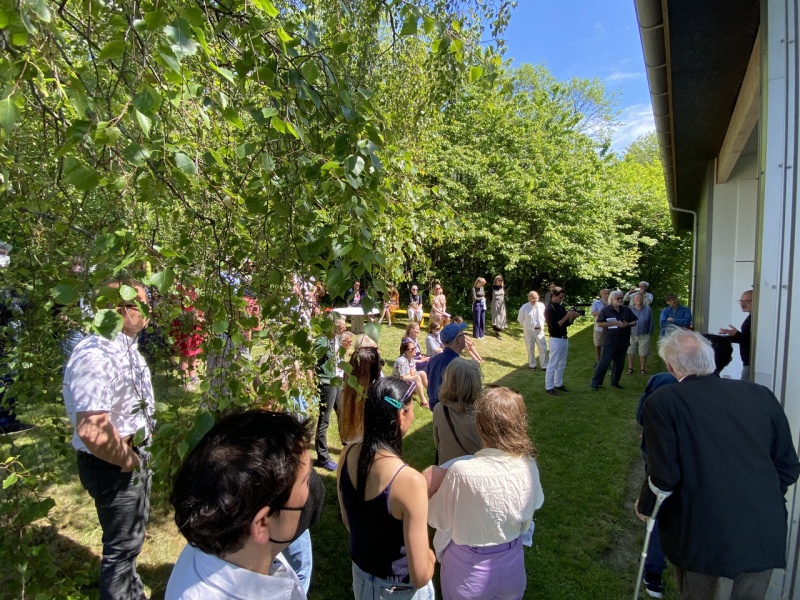 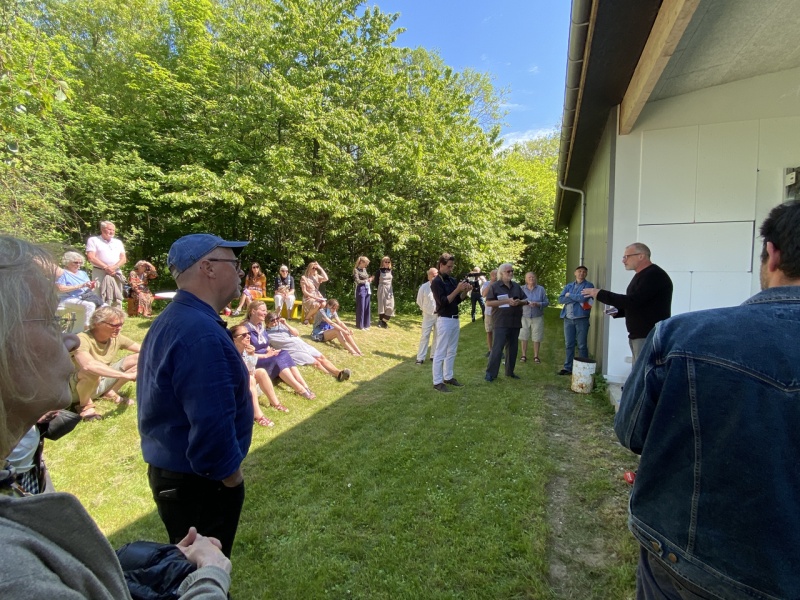 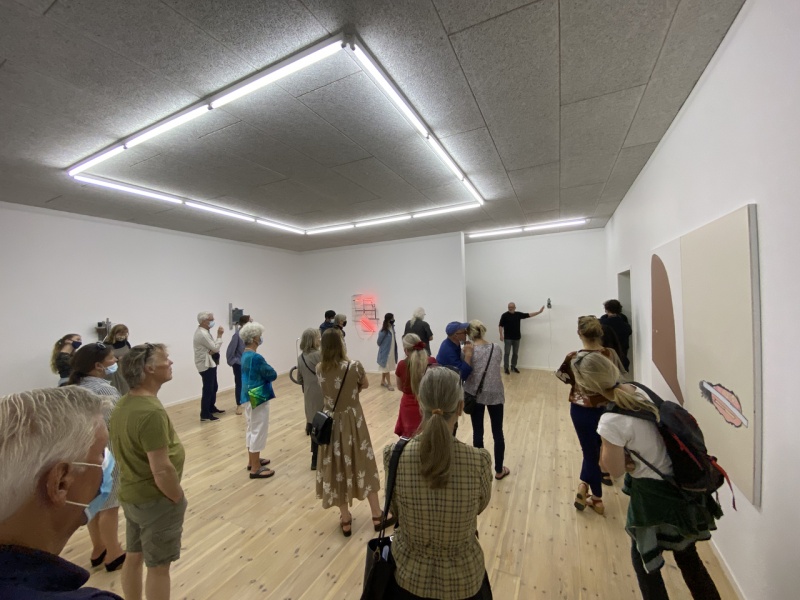 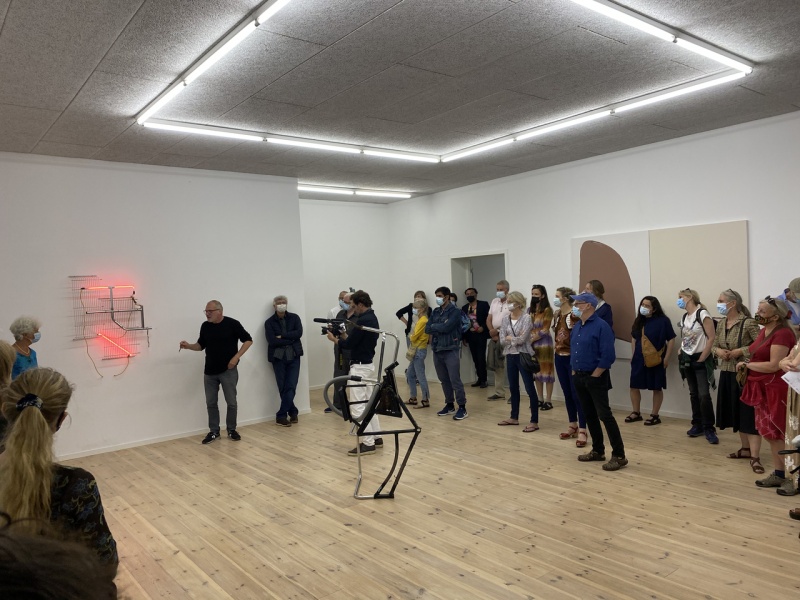 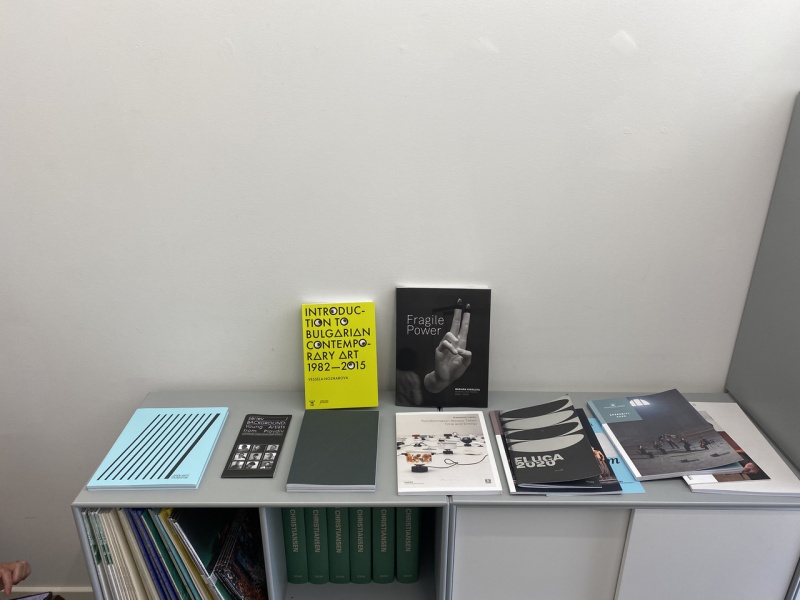