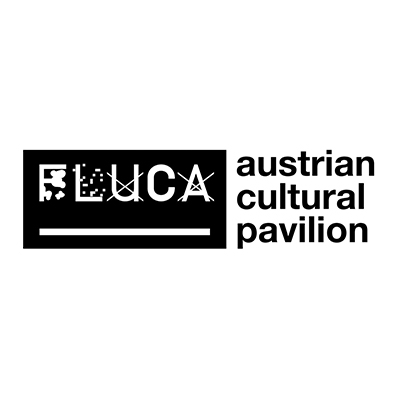 The project was acknowledged by the Austrian Embassy in Bulgaria, and for the period 2016 – 2020 it has been included in the Working Programme pursuant to the Agreement on cooperation in the field of culture, education and science between the Republic of Bulgaria and the Republic of Austria.

The goal of FLUCA is to establish a permanent and sustainable foundation for development and incorporation of new audiences in the cultural life of the city and active participation in it. The project also embodies the wish to create an innovative and interdisciplinary platform encouraging the cooperation between the artistic scenes of the two European countries. The concept of the project comes from FLUC – a famous space for urbanism, contemporary music, art and performance in Vienna, which in itself consists of several cargo containers. The architectural implementation was the work of two teams – the Austrian Tatort studio and the Bulgarian Atelieduo. The pavilion is located at 38, Otets Paisiy St, in close proximity to the offices of Open Arts Foundation and the spaces of SARIEV Contemporary gallery and artnewscafé. If necessary, it can be relocated temporarily to different places in the city and outside it.

The project has been produced and supported by the Austrian Embassy in Bulgaria and the Federal Chancellery of Austria, and from 2018 on it is included in the official programme of Plovdiv European Capital of Culture, 2019 and is developed in partnership with the Plovdiv 2019 municipal foundation.

In 2018 the pavilion opens its third consecutive season with an artistic program in Sofia. Head of the project, as its director and manager, is curator Boris Kostadinov. In the months of May, June and July FLUCA presents Bulgarian and foreign artists in different locations in the capital. In 2019 the program is compiled by Boris Kostadinov – curator working between Vienna, Berlin and Sofia. Guest curator of the special program for August is Ursula Maria Probst – curator from Vienna. 2019 is a culmination for the project, which has prepared a rich program of art events, performances, presentations and parties for the audience and is a highlight in the program of Plovdiv – European Capital of Culture 2019. In 2020 curator the season between May to October is Vesselina Sarieva (representing Sariev Gallery), who made Fluca a territory of contemporary art and culture by young artists. For its sixth season in 2021 FLUCA – Austrian Cultural Pavilion, Open Arts Foundation and Vesselina Sarieva invite Valko Chobanov as curator. In 2021 FLUCA is supported by the National Culture Fund – Annual Program for Support of Professional Organisations in the Field of Arts.

The FLUCA project was born actually in the course of a long evening, a long night in Plovdiv, when we had invited Austrian curator Ursula Maria Probst and then afterwards we had a talk about how we could deepen our cultural commitment to the city of Plovdiv, especially in view of the fact that Plovdiv would be European Capital of Culture in 2019. And in this context, Ursula told us about a project that FLUC, an independent artist organisation in Vienna, did in 2002, which was called Kunsthalle Praterstern and represented an open stage built in a container. We found this interesting, and together with Open  Arts Foundation we developed the project further and implemented it in 2016. In 2016, the Austrian Embassy together with the Federal Chancellery of Austria created the FLUCA installation together with Open Arts, in their Otets Paisiy Street in Plovdiv, as an installation with a focus on direct urban art and contemporary art. FLUCA is now officially a part of the programme of the European Capital of Culture 2019, which is very important for us as an embassy, because we are the only embassy and foreign cultural institution that maintains a structure in Plovdiv, that has a structure there, a permanent structure, because the real name of FLUCA is FLUCA Austrian Cultural Pavilion, so we maintain that structure there. We are the only foreign cultural institution that has done anything like this, and it would not have been possible without our partners from Open Arts Foundation, because we found in the Foundation an ideal partner to bring contemporary art to Plovdiv in all its forms, and this is the most important part of the project as such – to develop an audience for this kind of contemporary art.

In some of the publications about the container I used this quote by Friedrich Nietzsche, “You have to have chaos in you to create a dancing star”, and this is also where I come back to Open Arts Foundation, because I found the chaos first in me, but also in them, and then with all the collaborators from Austria we were  finally able to give birth, so to say, to the dancing star, which represents the container installation FLUCA. The Austrian embassy has maintained for years a very strong cultural programme, and therefore the cultural relations between Austria and Bulgaria have always been very strong, but actually this is also an important part of the work of the Austrian embassy. So when I came here, I met a lot of people, also in the field of contemporary art, and my first assessment was that there were not many platforms for contemporary art. This is true in Sofia and this is also true in Plovdiv. There are certain institutions which do very good work, among them of course is Open Arts Foundation, but there are not many spaces. So our idea was to also bring contemporary art into the public, to engage the city with this focus on direct urbanism, to really engage an audience not only for an event, for a specific project, for an exhibition opening, but get the public there on a day to day basis. To show that contemporary art is actually something you can work with it, you can see it, you can understand it, and the main idea behind FLUCA, but also other projects that we do, is that we want to have something interesting, something that connects with people on a personal level, so that people feel enriched by this cultural experience. Everybody can come to FLUCA and present projects of their own. We had a very good cooperation this year with some unique partners in Bulgaria – with Goethe-Institut,with Institut Français, with Cervantes Institute, where we organised movie nights together, but we want also to attract other people, people who are not within the institutions maybe, but are looking for a space where they can express their art. And I think this is the most important issue, that you have a city which opens itself to contemporary art.” 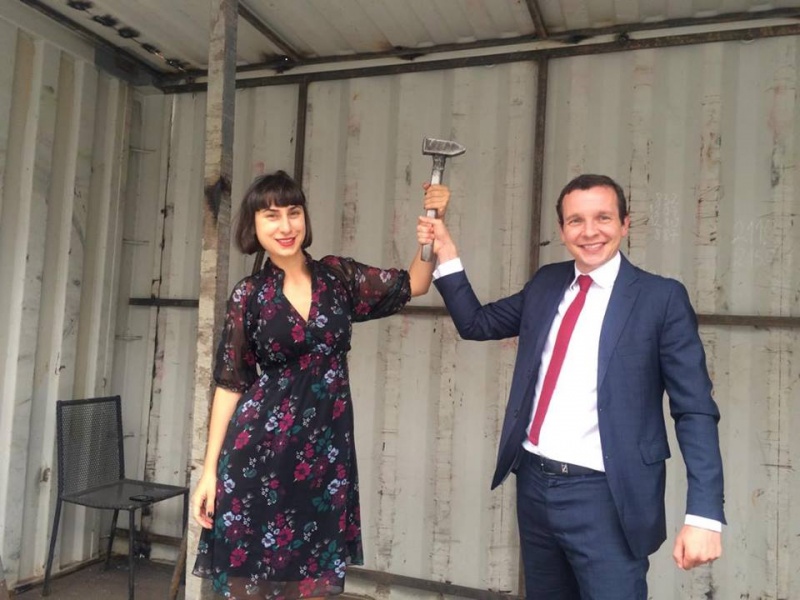 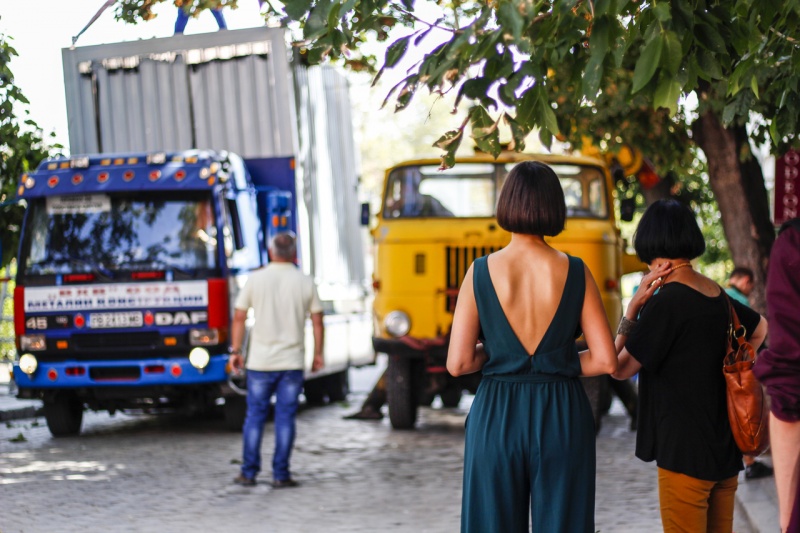 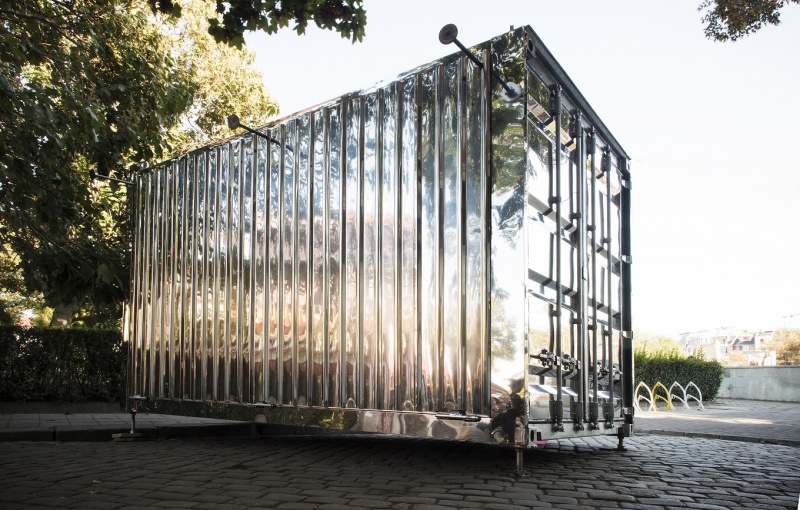 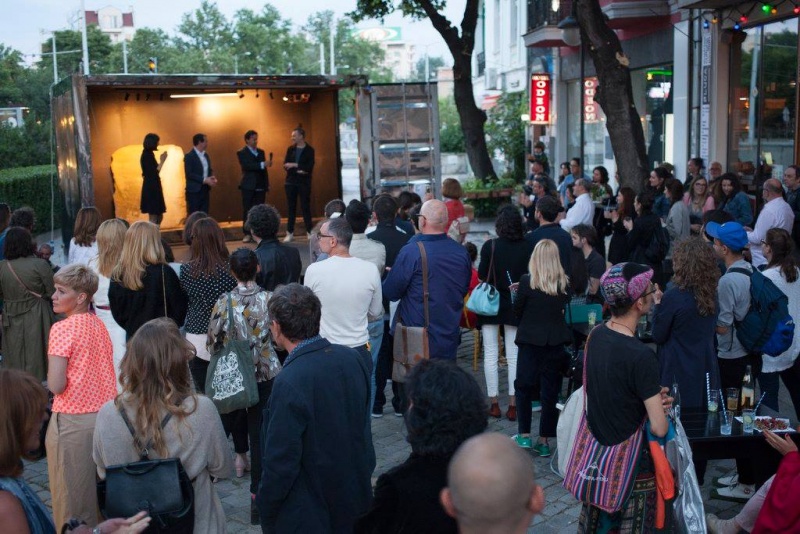 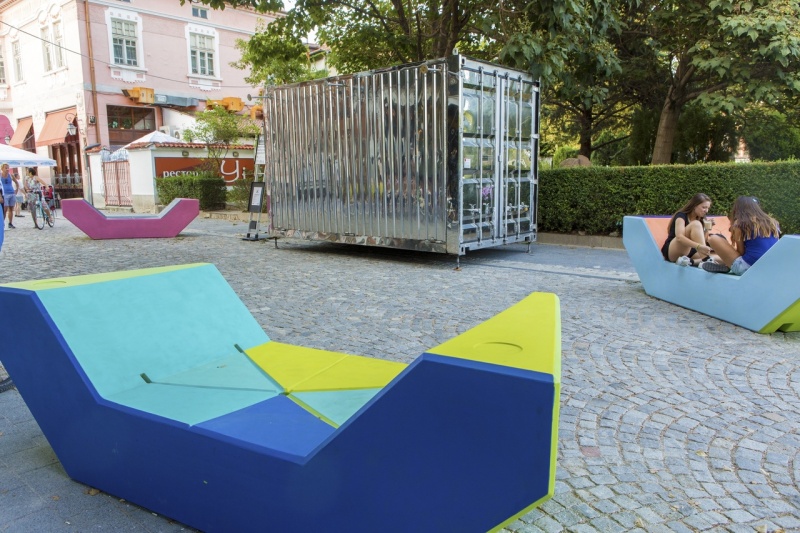 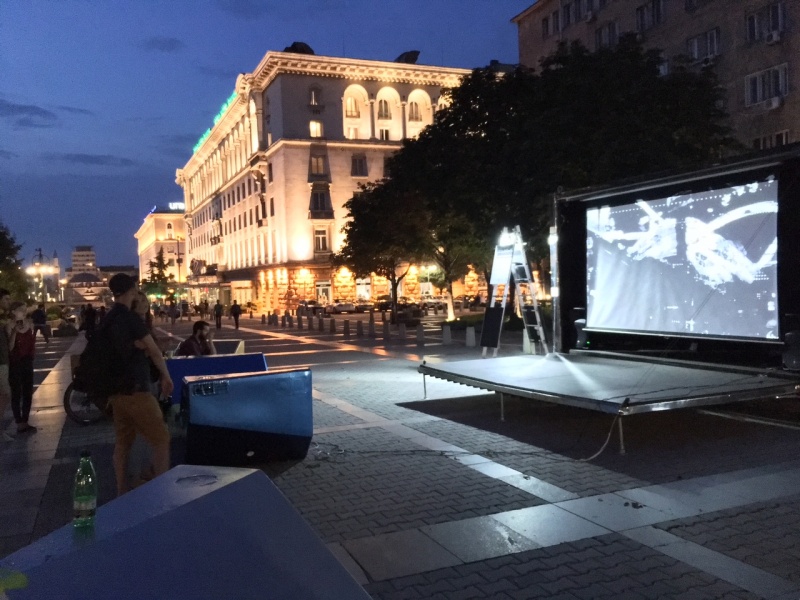 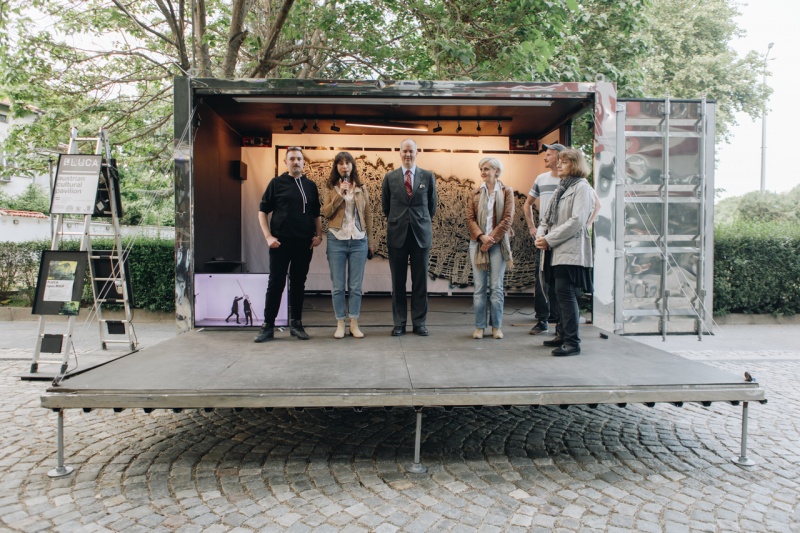 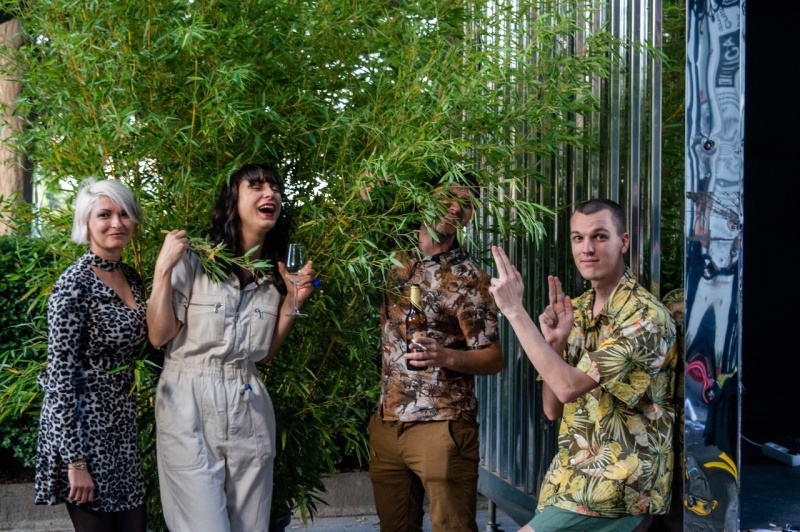 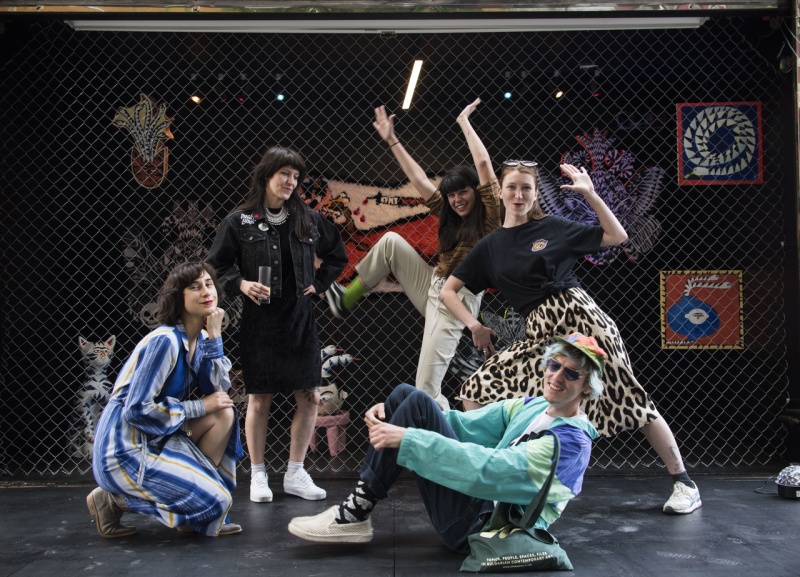