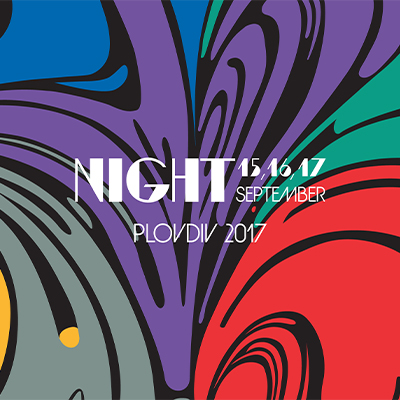 In 2017 Night of Museums and Galleries - Plovdiv included 6 thematic blocks in its program, 73 locations and 140 events. The number of visitors was between 45 and 50,000. The NIGHT also includes the big jubilee exhibition of the Open Arts Foundation - "10 years Open Arts. HERE EVERYWHERE ”, curated by Vladiya Mihaylova and shown at a key location in the city center (Detmag Snezhanka), which opened as a space for the first time in 15 years. The place was literally rediscovered and brought back to the life of the city, and after the exhibition the Municipality of Plovdiv decided to turn it into a gallery.

In the first evening of the Night of Museums and Galleries between 19:00 and 01:00 the participating museums, galleries and ateliers were open. The anniversary exhibition of Open Arts Foundation which was the main organiser and initiator of the festival was also opened in the first night. Curated by culturalologist Vladiya Mihaylova under the motto HERE EVERYWHERE, the exhibition included archives, installations, artworks related to the topics and activities of the organisation. They show its path of development through the years, its values and ideas, its interest in the city and contemporary culture and its care for developing audiences.

On the 15 of September could also be seen exhibitions of Plovdiv art students from AMTII in the ateliers of the Green and Blue schools in the Old town, which were participating in the NIGHT for the first time. Another highlight was the exhibition “Behind the doors of the UBB tresor” marking the 25th anniversary since the founding of United Bulgarian Bank. it was organised with Regional historic museum in Plovdiv in a new, previously unopened wing of the museum where people can learn about the history of banking in Bulgaria through a rich collection of artifacts and documents. In the same night, Museum of aviation – Plovdiv introduced its visitors to the topic of Space where some of them could even try “space food”, specially prepared for the occasion. The visitors of the NIGHT could participated in a virtual tour of some of world’s most famous museums, thanks to the global payment system Visa. Visa Gold, Platinum and Infinite cardholders had the opportunity to attend exclusive tours of Plovdiv galleries and art spaces.

In the first night of the festival could also be seen exhibitions of plovdivian artist Angel Vasilev in City art gallery – Plovdiv; the yet unseen paintings collection of Regional ethnographic museum for which the “Let’s bring the paintings back to the museum” donor campaign was created, the exhibitions “Encounters in Plovdiv” in gallery “Resonance”, “Capital views, an homage to Julia Krasteva…” in gallery U-park and the solo show of the famous american artist Mike Bouchet in SARIEV Contemporary, and many more.

At the steps next to the television building there was a live stream of State puppet theatre – Plovdiv’ s performance of the famous show “Queen of Spades” during the Russian festival “Ryasanskiye smotrini”. On the stage of the Puppet theatre itself took place “Clouds” – Theatrum Philosophicum performative reading of Meteor on the new book by Boyan Manchev, featuring Leonid Yovchev and the Japanese philosopher Futushi Hoshino.

On the 16th of September, the highlights of the programme were urban spaces and the international part of the HERE EVERYWHERE curated programme. Part of the latter was the world premiere of the audio-visual performance “Liminal” by American Mary Franck, which has to do with real and virtual architecture and spatial sculpting with light and sound. In the open space, at the Lapidarium in the Old town could be seen the short documentaries from the KineDok platform, at the steps of Kamenitsa – videos from the teen platform Reporteen. Other highlights were: Interactive – sense installation at Nebet Tepe prepared by center “Alos”, “Cirque de la Liulin”. On Saturday night, at the Roman theatre, took place the concert of Fortissimo. The evening offered a diverse programme within the Plovdiv clubs as well, and finished appropriately with the official Absolut party, which for few years already has been setting the tone of the festival in the little hours.

The programme of the LIttle Night this year mixeed with the traditional events and on the 15th and the 16th offered many workshops where kids learned graphic and iconographic techniques, played games, knitted and had fun, learning about iconography, cosmic architecture, the connection between geometry and art, as well as developed their digital and entrepreneurship children skills.

On 17 September there were afternoon workshops, walks within urban space through special technology which changes the sense of reality and sensory perceptions, more exhibitions and screenings.

Open Arts foundation’s longest running project – the Night of Museums and Gallerie festival, started in 2005 as one of the events that are changing the city. The festival developed through the years with the support of Plovdiv Municipality since 2008 and of America for Bulgaria foundation since 2009, creating a unique and memorable atmosphere for more than 40 000 visitors each year. 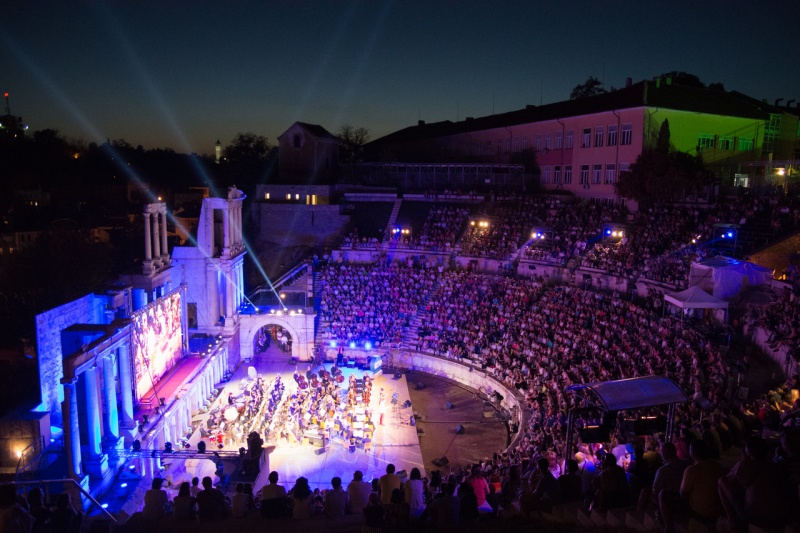 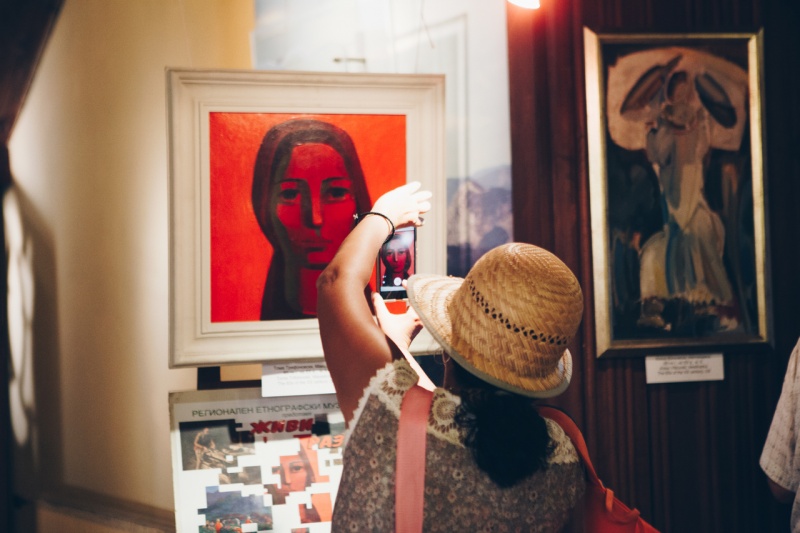 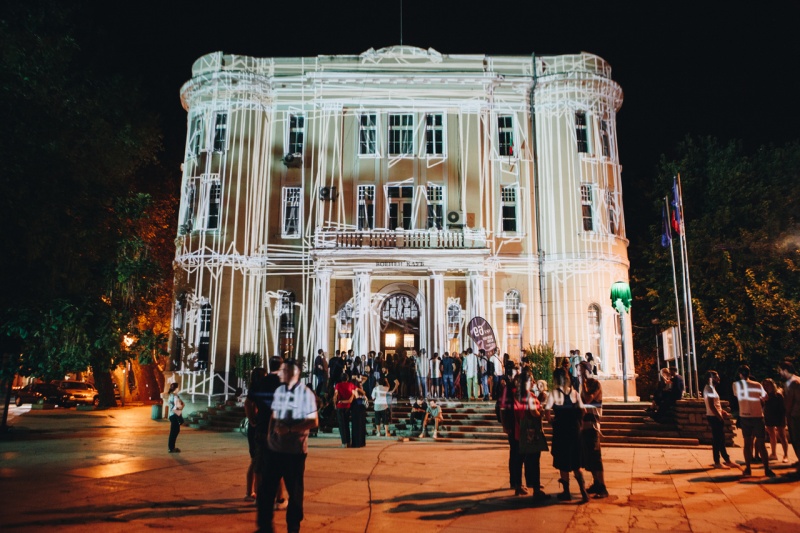 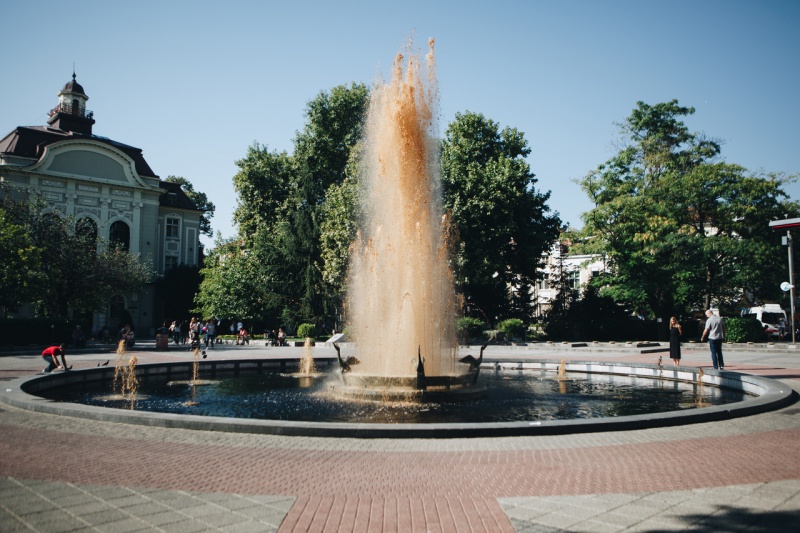 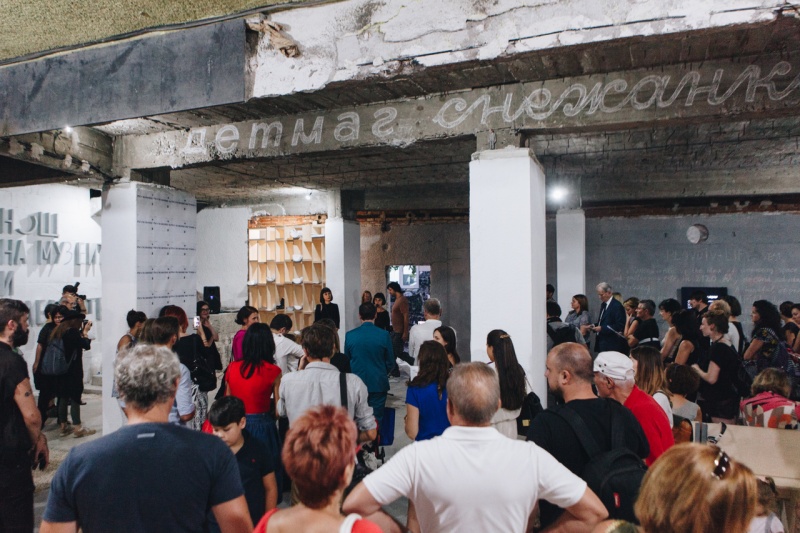 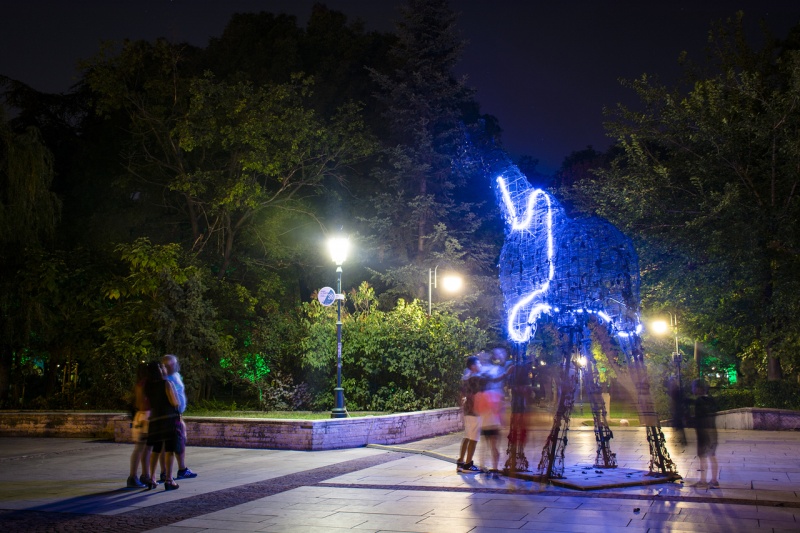 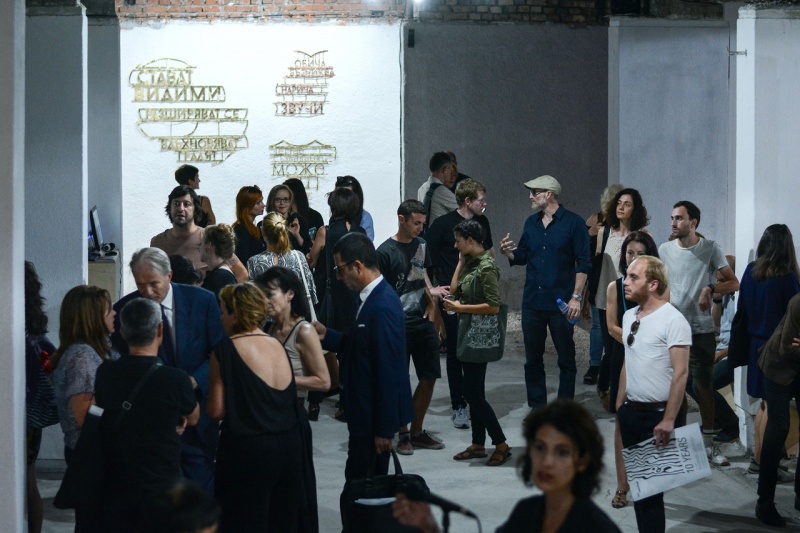 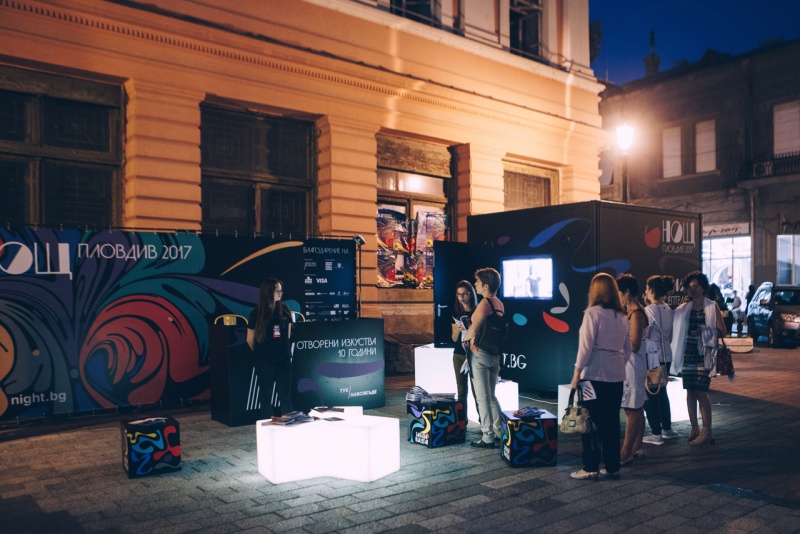 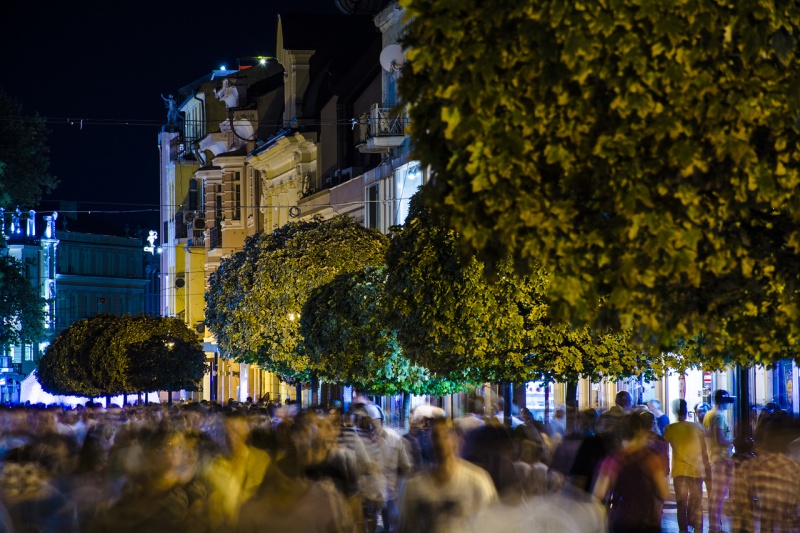 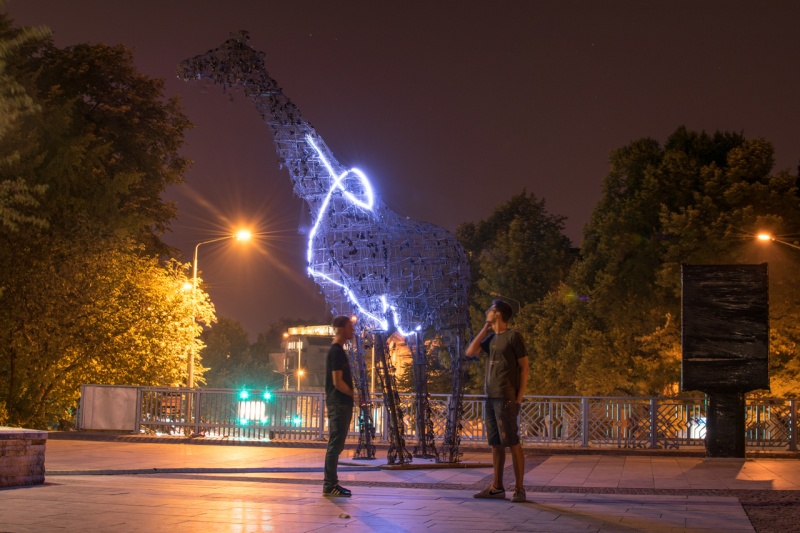 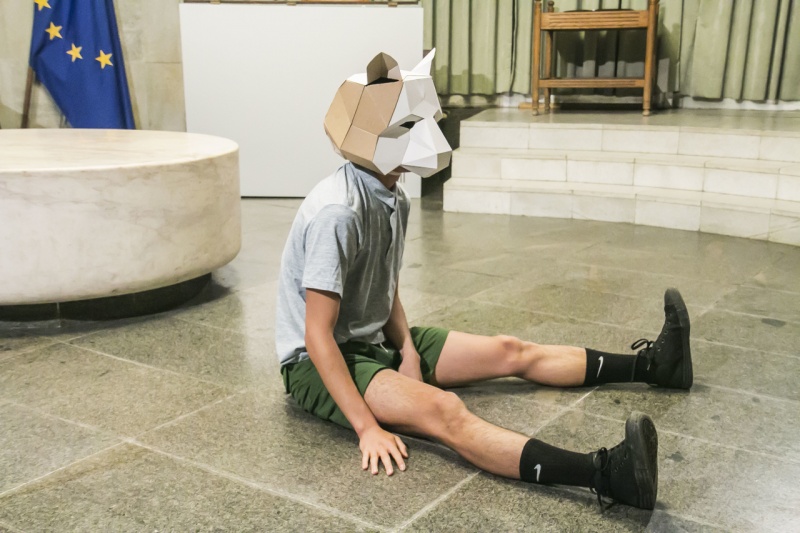 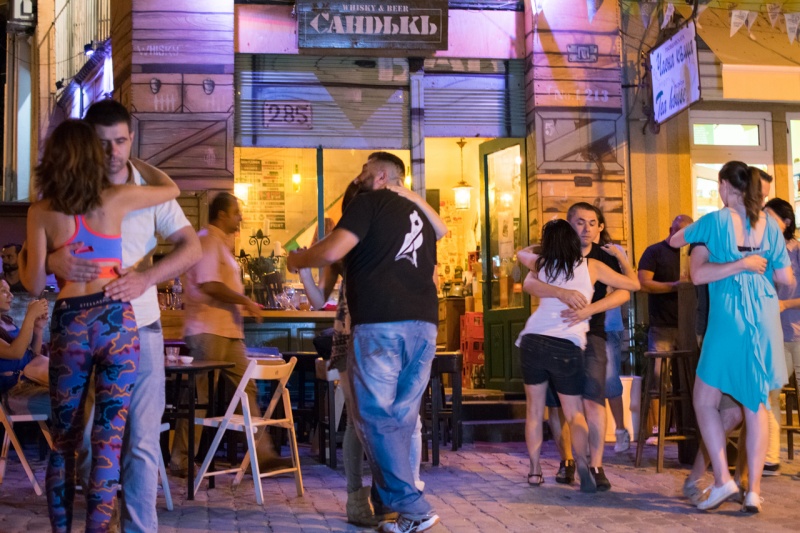 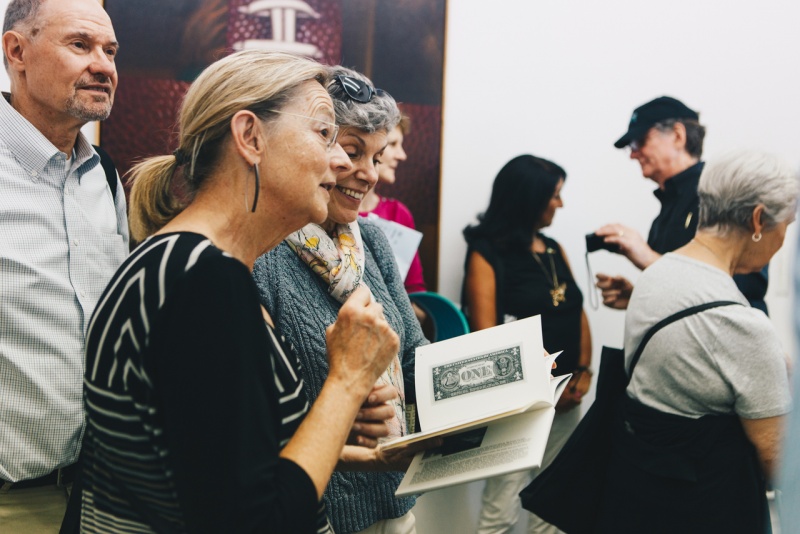 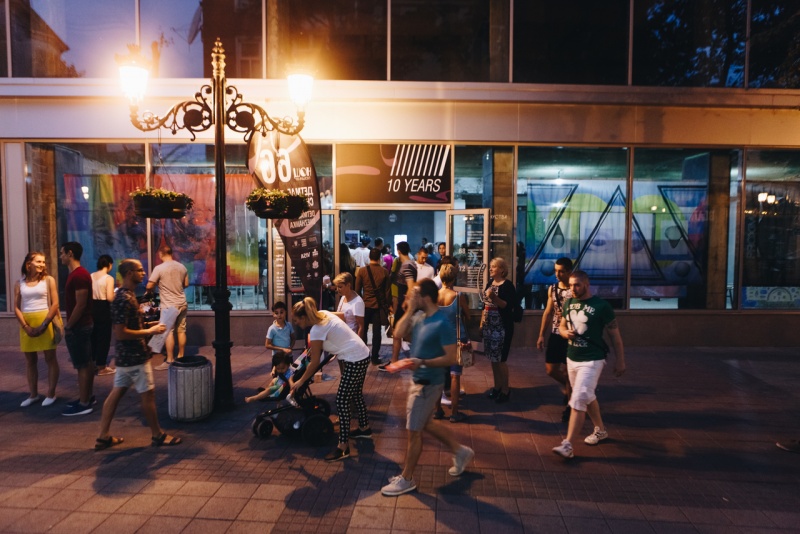 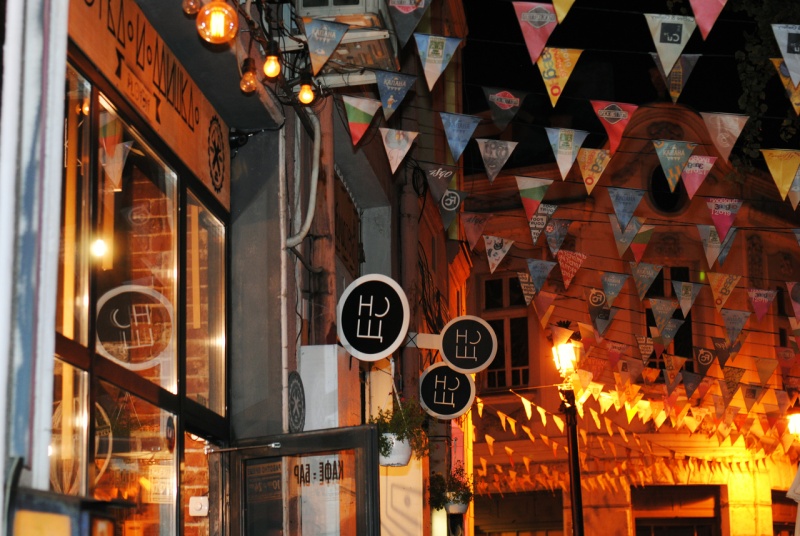 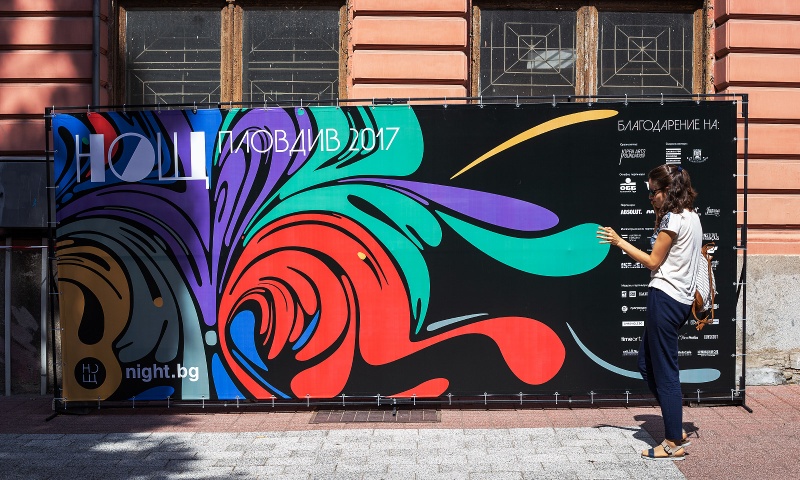 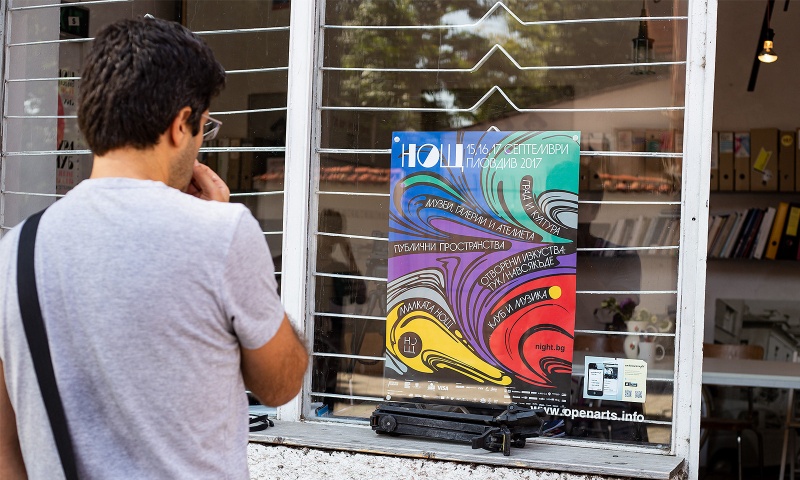 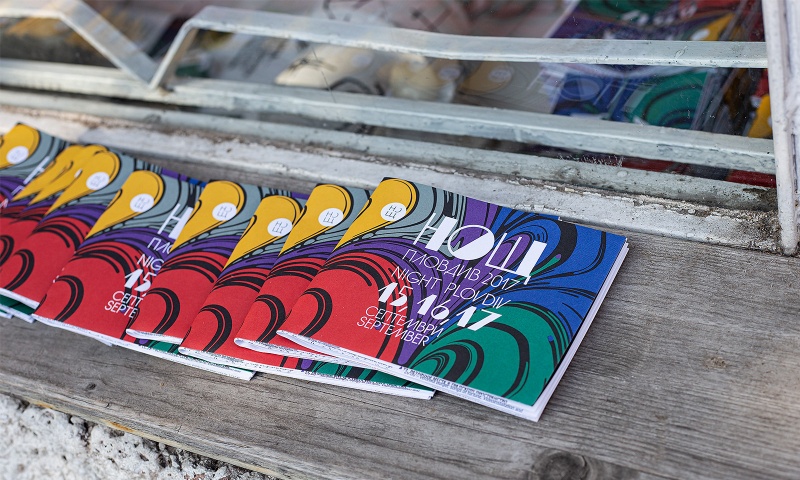 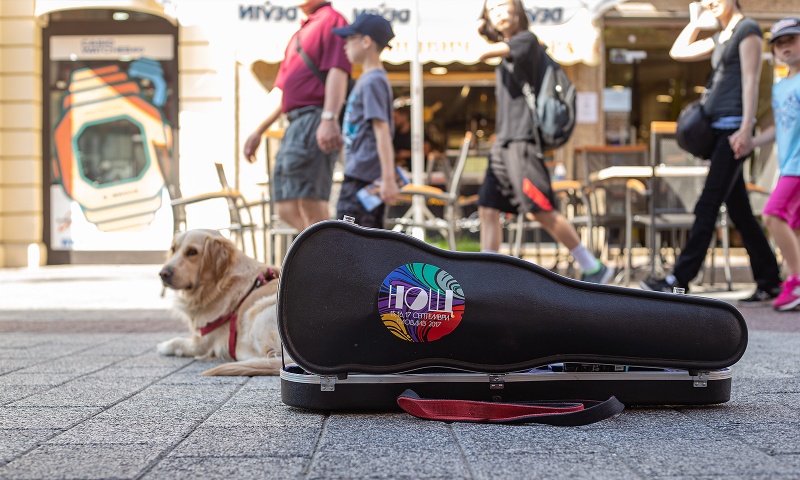 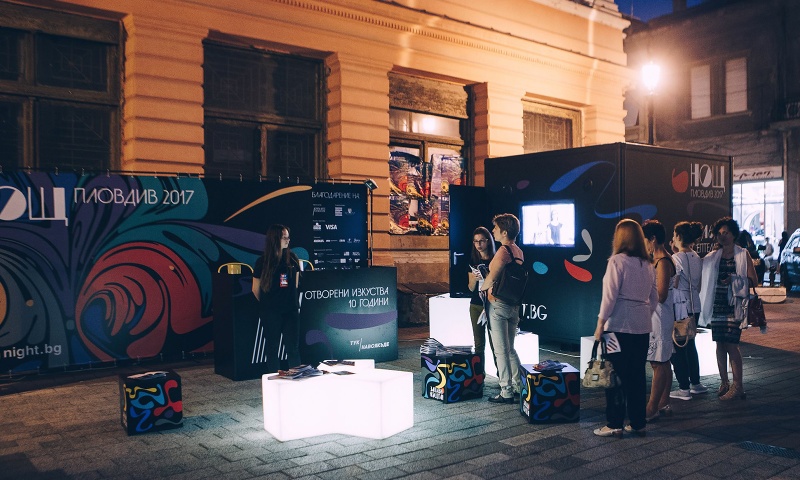