A City Arbour is an Open Arts Foundation and Studio 8½ initiative realised in аrtnewscafe. A City Arbour is a series of discussions on previously selected and prepared topics concerning the city of Plovdiv, which started in the spring of 2012 and had its second edition again in 2015. Architect Vladislav Kostadinov moderated the discussions in 2012, and so did Katrin Sarieva in 2015 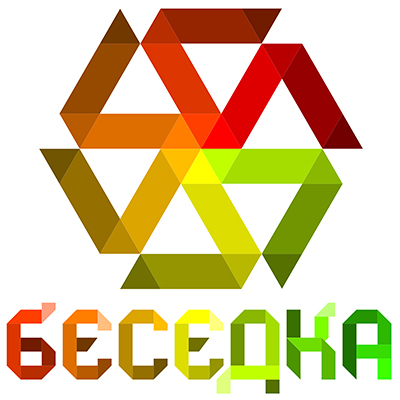 The organisers invited visiting lecturers for each individual discussion, who took a stand or presented an expert opinion. The monthly topics covered in the A City Arbour discussions at artnewscafé in 2012 were The Communist Era Heritage of Plovdiv, The Tobacco Warehouses of Plovdiv, Kapana quarter, Bauhaus under the Hills, The Utopian Plovdiv, The Industrial Buildings and Adjoining Structures, The Quarters Outside the Centre of Plovdiv – their centres and underground, and The Independent Public Spaces. The topics for the 2015 edition were: The Neighbourhood – The Hadzhi Hasan Neighbourhood, The Maritsa River: Methods of Inhabiting (Karshiyaka, Marasha and Stolipinovo), Social Life of Panel Blocks (Trakiya quarter), Plovdiv’s Hills as Forms of Urban Life.

A City Arbour was designed as a short presentation complemented with comprehensive multimedia visual information – pictures, video presentations, draft plans, graphs – aiming at initiating an open discussion on the given topic and drawing and documenting concrete alternative and independent ideas resulting from the arbour-circle. Based on the 2012 discussions, in 2013 the An Alternative Map of Plovdiv project was set up and after the “arbours” from 2015 the map edition was updated and supplemented.

In 2019 edition of City Arbour Katrin Sarieva presented the Bauhaus route, and Teodor Karakolev and Vasil Makarinov from the Bulgarian Architectural Modernism Foundation talked about the architectural Bauhaus heritage in Plovdiv. The event was organized by the Goethe-Institut Bulgaria as part of the institute's jubilee program on the occasion of the 100th anniversary of the Bauhaus in Plovdiv.

“On the A City Arbour project … the idea originated in joint conversations with Katrin and Vesselina, when we in a way shared a common curiosity about our city and its architectural part, in which we specialise. We decided to hold a series of lectures, accompanied by discussions on different topics related to periods of Plovdiv’s architecture – all of them periods with which I am not very familiar. So, in fact, the following project, An Alternative Map of Plovdiv, is a natural ending to and result of our discussions, as the routes in the map cover sights which we have discussed and marked as valuable and important to be presented to the people.

The specific collective memory which Plovdiv has slowly disappears and here is the place of people and organizations such as Open Arts Foundation who try to preserve the memory of the city. This is important from nowadays’ point of view. The Map is a very successful project that still continues to happen. We started with 6 routes and there is now a new online edition on the Map. The project continues in time and age because it is related to this specific urban structure, which is not constant and changes over  time. New themes and routes may appear on the Map, some of the old ones are already gone. The project is important, not only from an architectural point of view, but also from a historical, cultural, anthropological point of view, because it does not only talk about the buildings, but also about the places, the ways of habitation, about everything.” 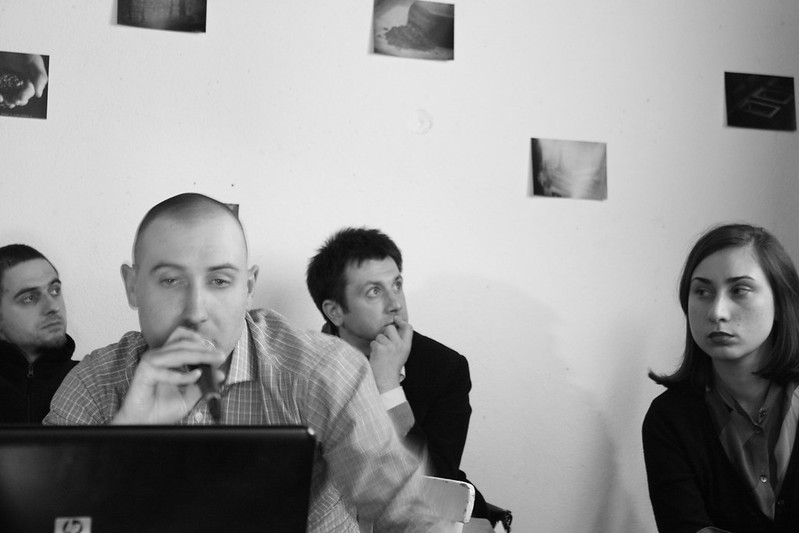 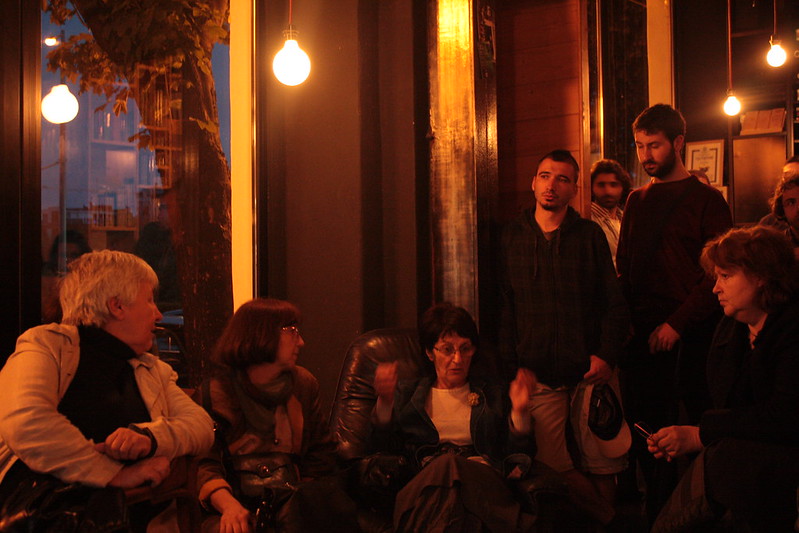 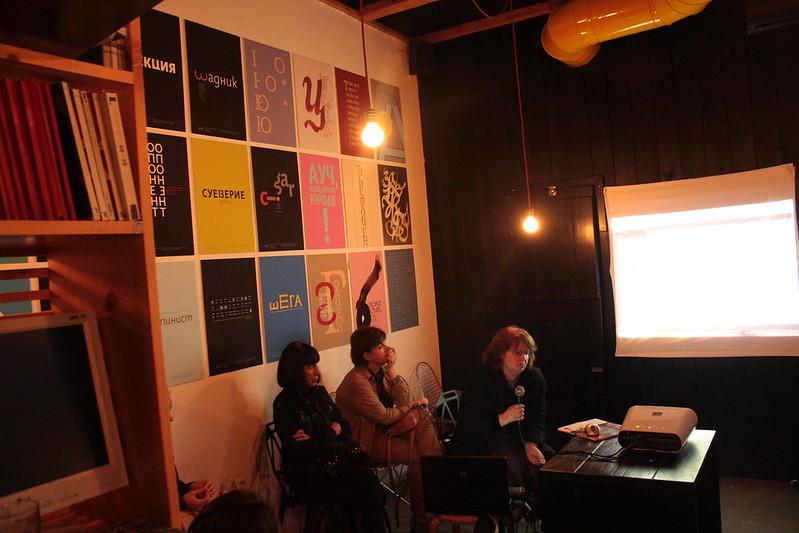 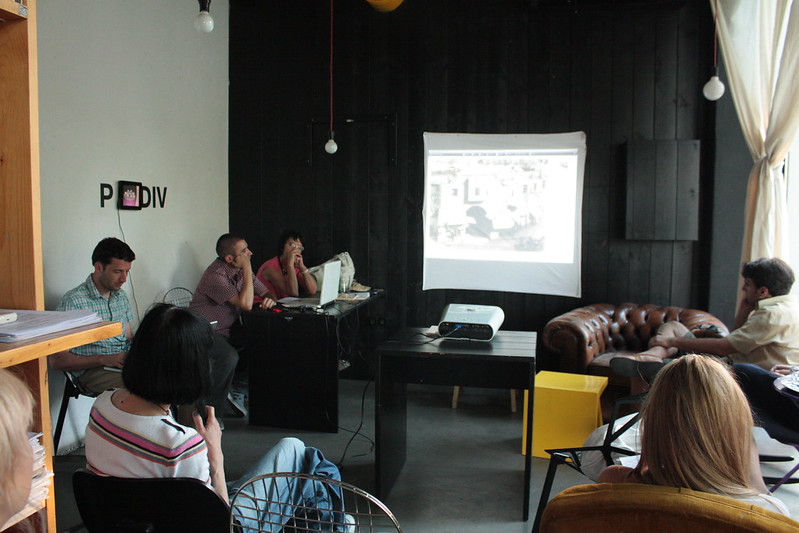 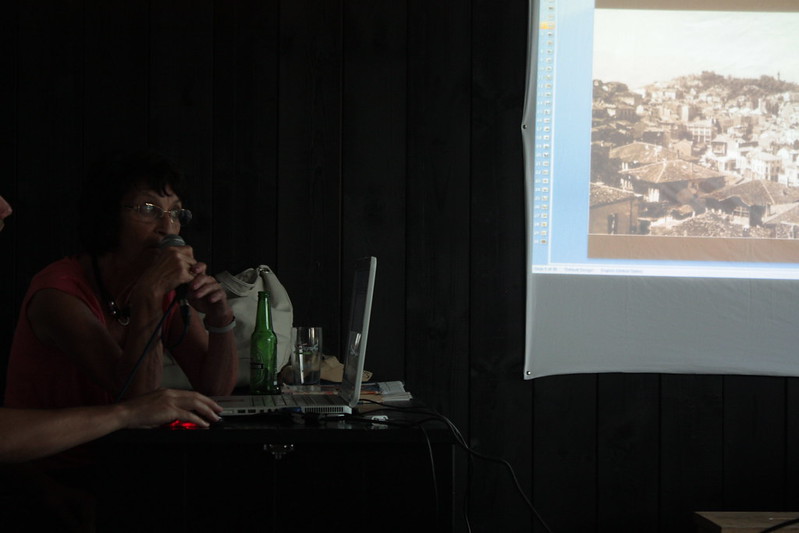 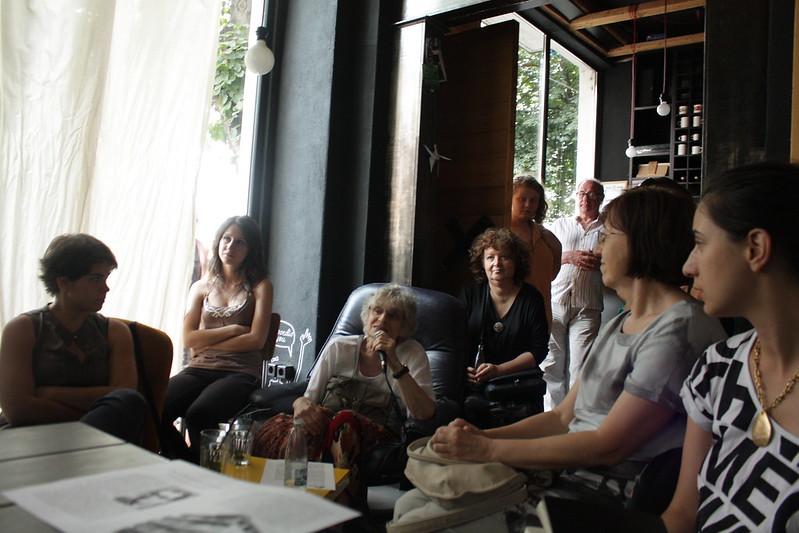 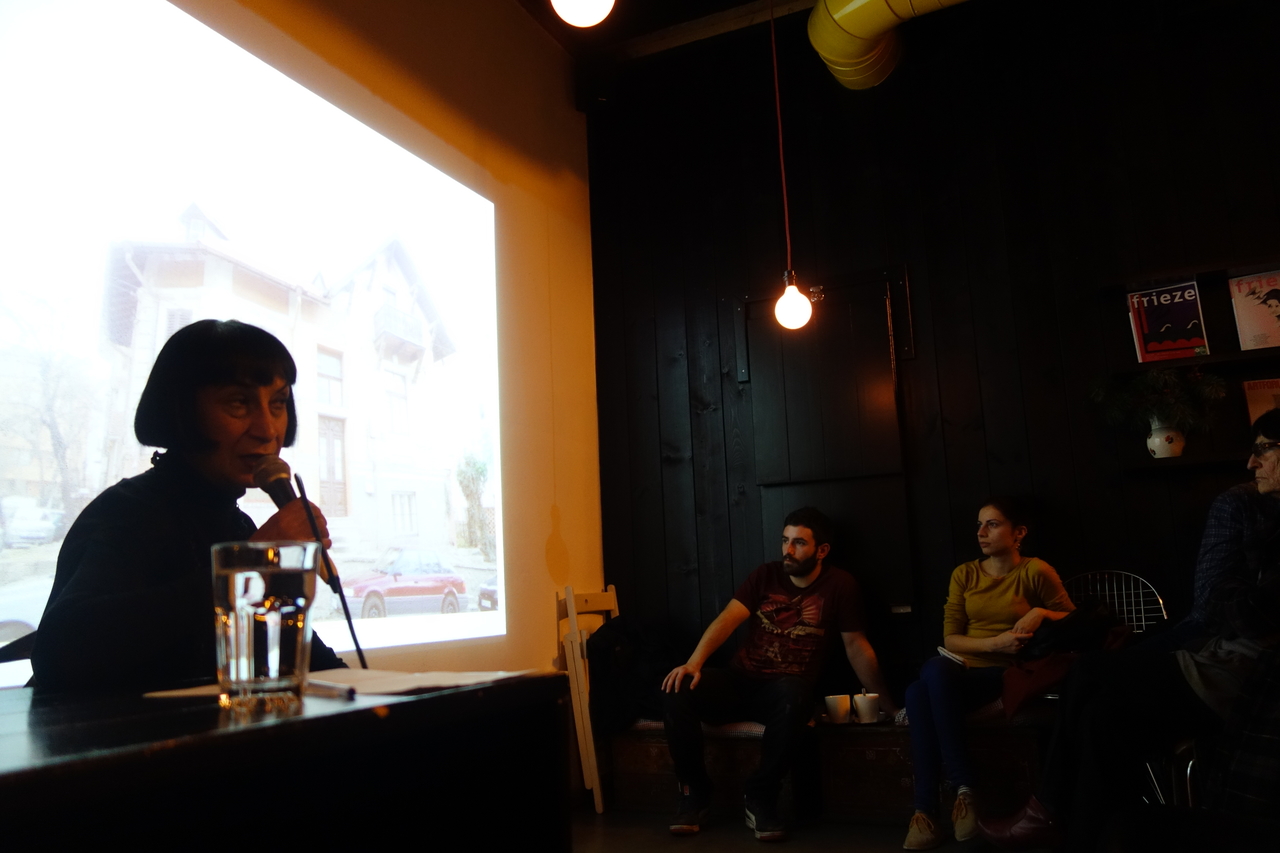 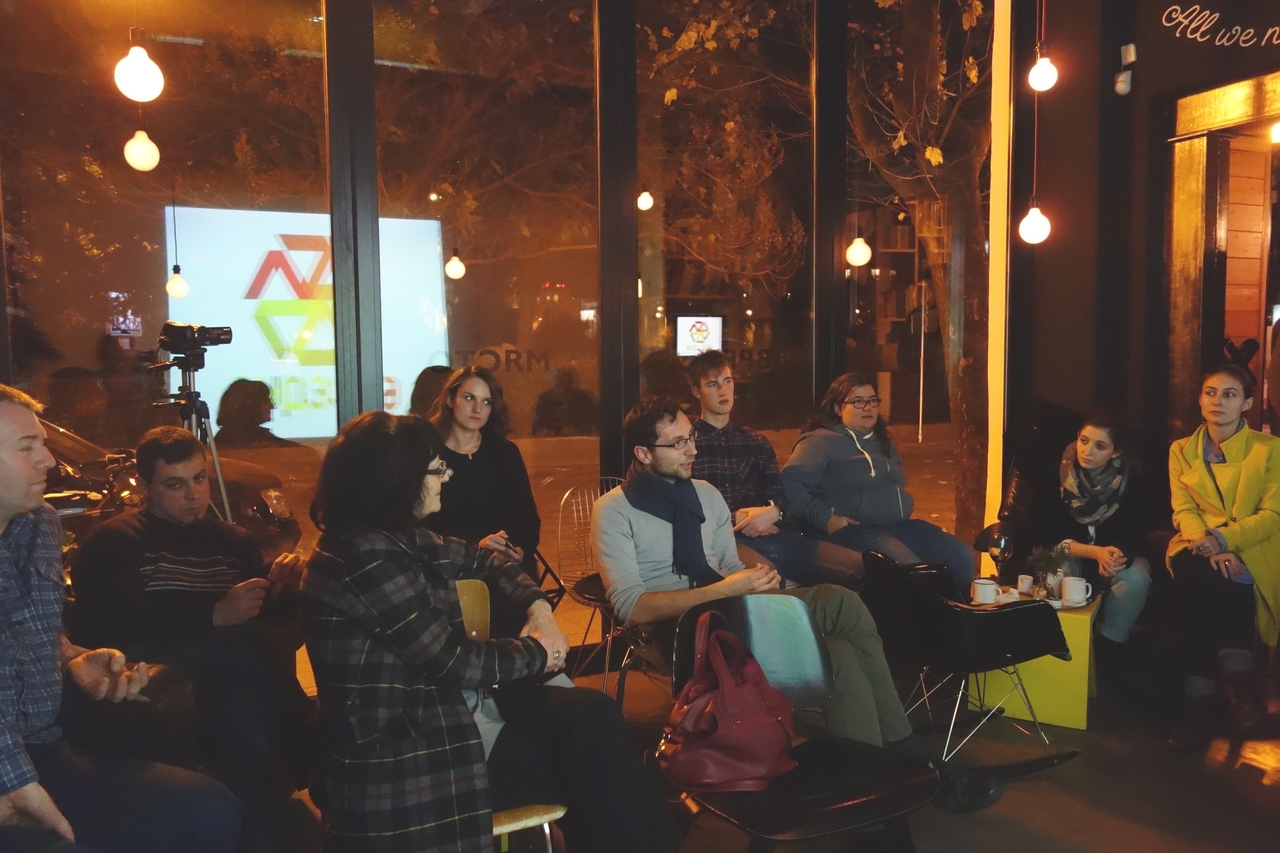 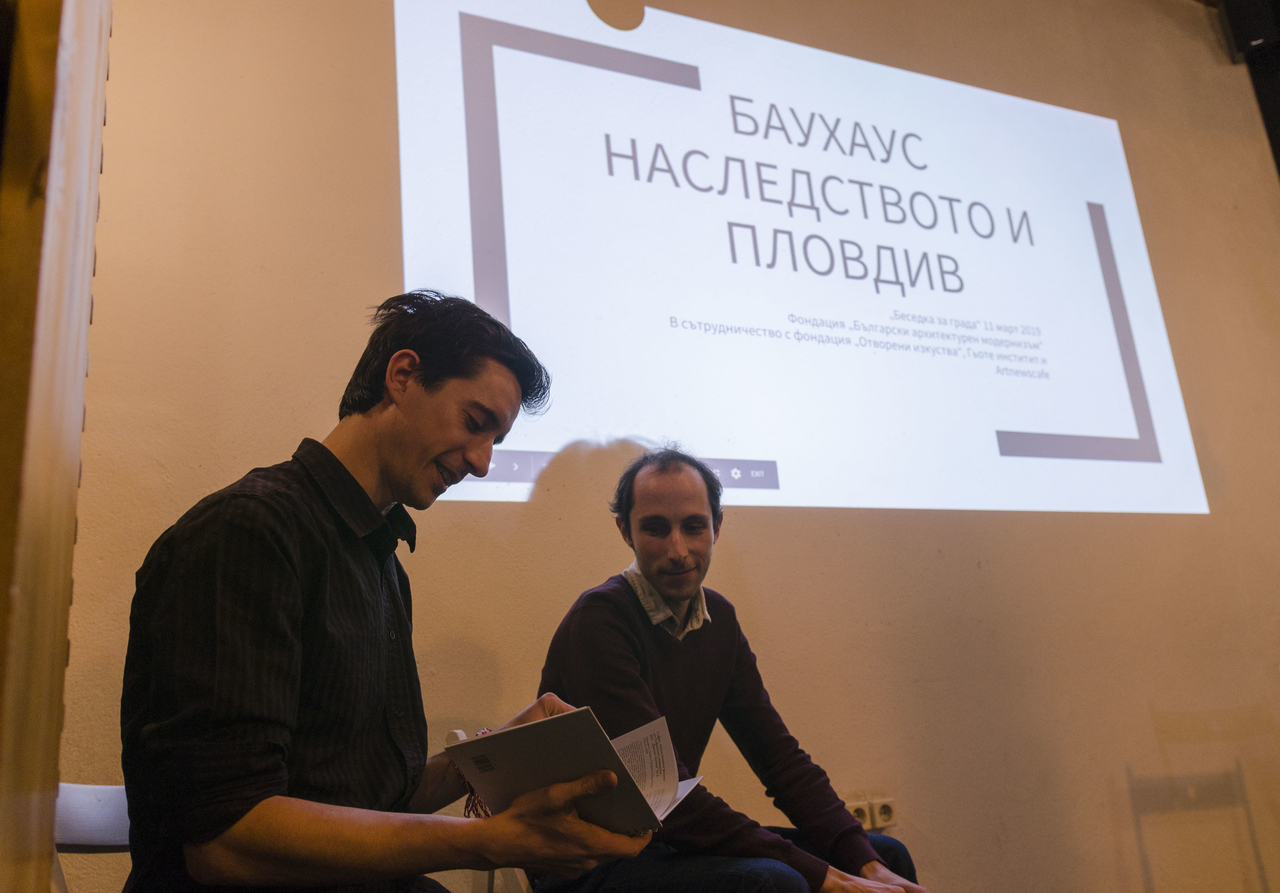 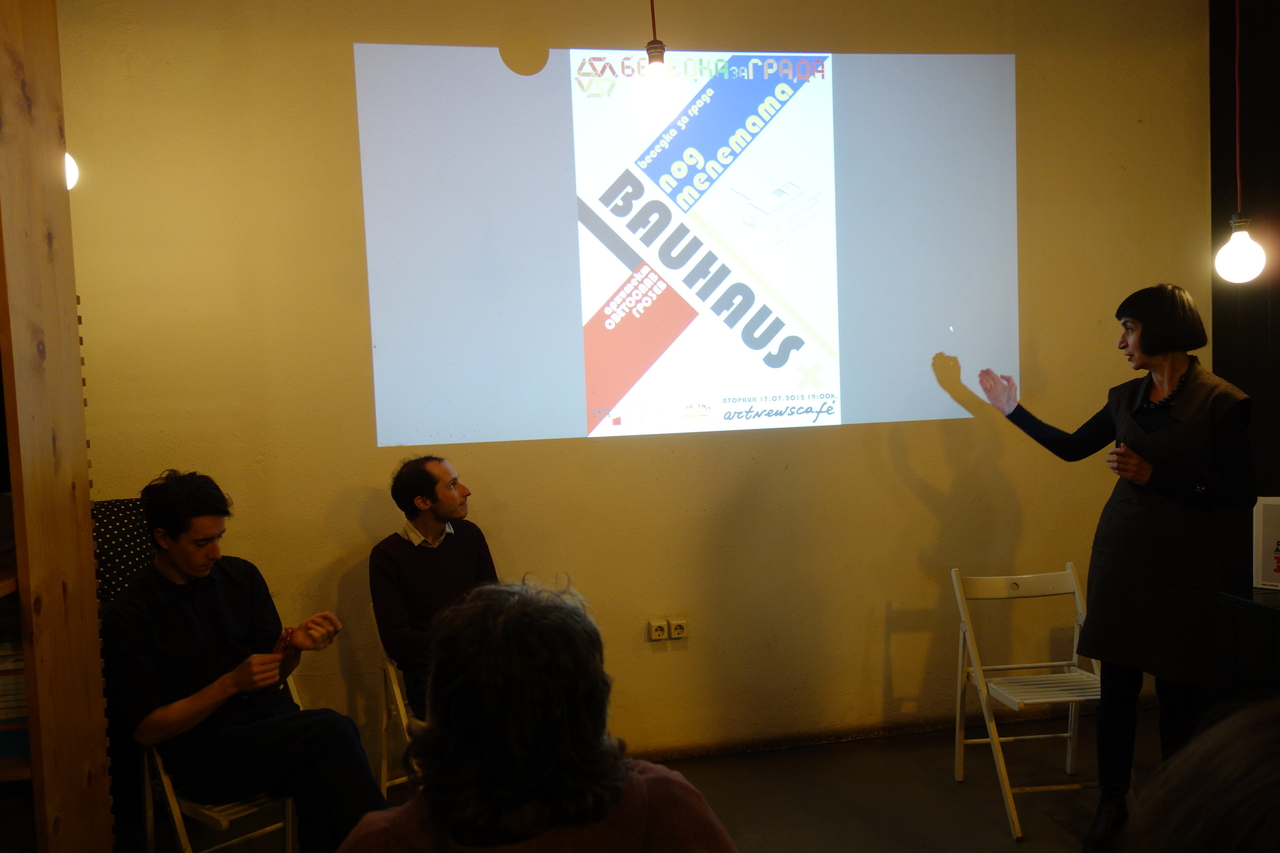 The Topics of City Arbour

Night of Museums and Galleries 2013

Night of Museums and Galleries 2016

The Rescue of KOSMOS cinema